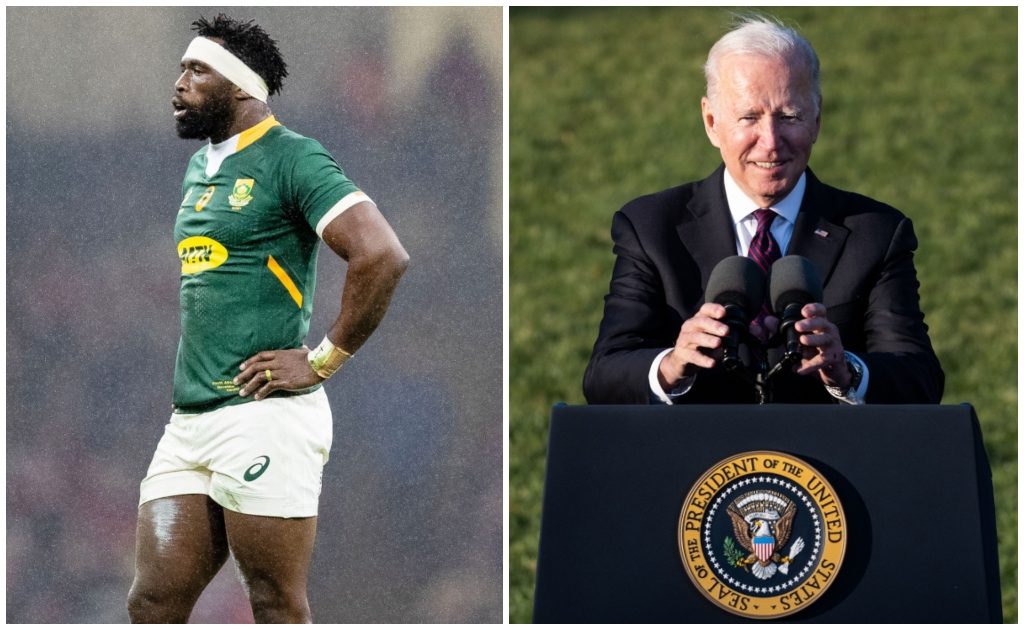 This week we will mostly be concerning ourselves with politics, more politics, positioning and law complications…

As the nominations for players and coaches of the year were put forward from World Rugby, it was difficult not to imagine some chap in a blazer from on high adding a footnote to all lists stating ‘no South Africans this year please, they’re not behaving right’.

It beggars belief that there’s nobody South African there. Love them or loathe them – and regular readers will know that this column frequently tends towards the latter – that the team which currently occupies the number one spot in the world, after close to two enforced years off and which has played a vast number of its games either in foreign countries or in front of empty stadia, has not a single nomination, bar a try award, is scandalous.

All the more so when you look at some of the nominations: Maro Itoje, for example, has had an excellent year in general and is a magnificent player, but has the nomination committee forgotten how he started the year as a penalty liability, contributing immensely to England’s record defeat in Cardiff? Has Samu Kerevi, inspirational attacking play aside, been the correct cocktail of sturdy, reliable and dangerous in the way Damian de Allende has? And if Vincent Koch and Malcolm Marx are suffering because they are rarely named as starters, can there have been a pair of players who are so influential every time they play? And boy oh boy, where to start with Siya Kolisi?

Maybe Jacques Nienaber is not the best in the world, but surely he’s had more issues to deal with, and achieved more this year, than Dave Rennie? Or maybe he is being excluded because of the strange relationship with Rassie Erasmus where we’re not sure who pulls all the strings…

In fact, it is tough to escape the notion that South Africa are being punished in general for the behaviour of Mr. Erasmus and his union this year. The outcome of the disciplinary hearing against them both (SA Rugby was also in the dock) is yet to be made public and probably will not be so until the conclusion of the November Tests, suggesting that it will not be an outcome which pleases the accused.

Which, as this column has also iterated before, is fair enough: that video should never have entered the public domain and nor did Mr. Erasmus’ discourse come across as the right way to go about voicing his concerns.

But none of this is the fault of the players, who, despite some immeasurable difficulties, have all performed to superb standards, have won a Lions series, have beaten the number one team in the world and are on their way to an unbeaten November tour – more than can be said for any of the other teams.

It seems the players are being punished for the transgressions of their masters, which is a real shame.

On a more interesting political note, nice to have Joe Biden playing hard on his Irish roots and giving both the USA team and Ireland his full presidential backing ahead of their matches against the All Blacks.

With the USA’s hat now firmly in the ring for the 2027 and 2031 Rugby World Cups of course, can we expect President Biden’s endorsement for a whole host of rugby matches over the coming few years? Loose Pass thinks so… the slight problem is, of course, by the time 2027 comes around, Biden’s first term will be over. Given the occasional rumblings from Florida, it’s terrifying to imagine what might be in his place by the time the tournament actually happens (unless he gets a second term of course). Keep an eye on this one.

All gone a bit flat

Loose Pass counted (not on a piece of paper, admittedly) five tries this weekend which we think could have been scored had the recipient of the final pass out wide not been standing stock-still when he received it rather than motoring onto the ball. And this is not just in international games; it’s also been observed in many a club match this season.

We can’t perceive any reason for it, beyond it being a habit of wingers to creep up too far in attack, or perhaps being able to use footwork to stutter a scrambling defence. But one illustrative moment this weekend as to what can happen if said winger comes onto the ball at pace: Louis Rees-Zammit’s try against Fiji. Not so much the finish itself as the fact he was able to get beyond the gain line on the outside because he took the ball at pace.

Sticking to Rees-Zammit for a moment (more than many seem to be able to do right now), he also had a try chalked off after he had been unable to prevent the ball crossing the plane of the line in mid-air when trying to keep a Fijian touch-finder in play.

No complaint about the officiating: the rule is there and was correctly applied. But it didn’t seem to reward what was a positive piece of play at all, as well as being far too complicated. ‘If the player is standing here then this, and if it’s there then that but then we have to look at geometry and blah blah blah…’

As a counterpart commented at the time, it would be a bit better if it was tweaked to be like cricket: only when the ball hits something in touch is it in touch, with a player in mid-air not counting, regardless of where he jumped from. We reckon there’d be more positive adventure and more ball-in-play time, as well as a simplified, and therefore quicker, decision process for officials.