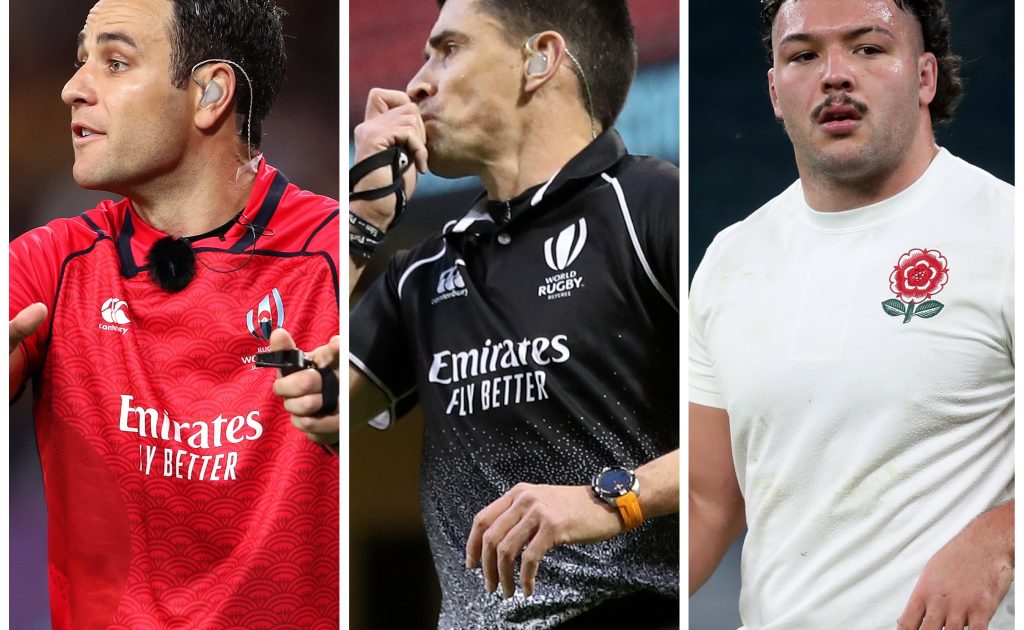 This week we will mostly be concerning ourselves with some aspects of officiating, player behaviour and fan behaviour which didn’t happen in Cardiff. And one or two which did…

It is mildly belated, being as the old Super Rugby used to kick off in February, but this is that great time of year when there’s rugby pretty much from dawn to dusk and many hours after if you’ve got the right subscriptions.

As such, there’s a lot to talk about, so while much of the UK continues to melt down over Pascal Gauzere’s decisions, Loose Pass will commence with some subjects of chat from the other side of the world.

The Crusaders-Highlanders clash alone caused enough talking points on Friday morning. As one New Zealand paper put it: “we’d love to go to school in Crusaders Land. You can be naughty, ignore the rule book and it takes a mighty long time for any real punishment from the Head Teacher.”

Yet the first talking point came quite early on and the question is this: at what point does it cease to matter whether a fist is clenched or not when it’s being thrown at someone’s head? Joe Moody’s attempts to ‘shove’ off Jack Regan (when are we going to start penalising players preventing other players leaving a maul) involved an open hand to be sure, but it is significantly more than a slap when the heel of the hand is being driven with force into a head.

In the context of the game, Ben O’Keeffe probably called it right. But you’d have to wonder if the heel of the hand had caused injury – as it most certainly can – whether it would not have been extremely cardable. And shouldn’t it be so on the basis of risk?

Joe Moody lucky to get away with this on Offaly's Jack Regan during the first half there. pic.twitter.com/J6c6FxNEyd

Next point: being as the game is trying to crack down on cynicism and such, is it too much to ask to have players punting penalties from the actual mark, rather than standing on the mark and taking a three-step run-up to kick? This was not only on show in Dunedin, this one plays out game after game and week after week in tournaments all over the place. It’s a petty thing, but when it happens every time it is an irritation.

Finally, how long do players actually have to kick? In the law book, the signal for kicking for goal at a penalty must be made immediately (ok, 10-15 seconds’ grace is reasonable), but thereafter the player has 60 seconds from the time of the signal. For conversions, it’s 90 seconds from the time the try was scored. Neither of these are being adhered to enough (some penalties are taking two minutes from whistle to kick) and it’s slowing games down far too much in an age where authorities are insisting on speeding play up.

As is the faffing around at kick-to-touch time. Jordie Barrett (and it was not a coincidence that his side was down to 14 men at the time) took fully 70 seconds (from the moment the whistle went) over a penalty kick to touch. He hung around, fumbled the ball a bit, stepped back to kick, changed his mind, reset himself, then stepped forward (and this was the one that flabbergasted) bent down to Wellington’s pristine pitch, picked up a couple of blades of grass and flung them away like a golfer clearing his putting line. For a kick to touch? Come on…

One of the good things to come out of the domestic Super Rugby competitions is the ability of the respective governing union to allow law experiments to take place – can you imagine the RFU and Premiership Rugby being so flexible with each other?

Not that the new laws made a massive difference to either game in New Zealand, but after 78 minutes we did at least see the first change, with the Highlanders holding up the Crusaders over the line and getting a goal-line drop-out as the reward, for what was a very good piece of defensive play.

They duly capitalised, winning said drop-out. Time will tell how effective it all is, but with scrums as they are these days, a restart which puts the ball into open play (within the allotted 60 seconds, naturally) must be a better one.

It’s hard to disagree with Martin Johnson’s summary of Wales’ quick penalty as an ‘appalling piece of game management’ and England have a right to be frustrated.

But here’s a thing: Wales were ready for the penalty from the moment it was called. Was there not one player in a white shirt who had the nous to look across the ten-metre gap, see what was happening and call “heads up, boys!”

Even two or three seconds after Mr. Gauzere’s whistle to get the clock running again, most of the English players still had their backs turned. Some were chatting to the water boy, some were wandering off, others had hands on hips. That’s a lot of extra-curricular activity for a time where all that was needed was Captain Farrell to shout ‘stop conceding pointless penalties’ and then get on with it.

🗣️ "We can't debate it, we are not allowed to debate it." #WALvENG

It was not great management by Mr. Gauzere, but England did not have a right to be informed about permission to take the penalty or to be asked if they were ready. That responsibility lay with England alone. Instead they switched off completely – at least as bad a piece of game management as Mr. Gauzere’s.

Then: knock-on or not? Who knows? For a game where the law book currently runs to 112 pages (excluding variations), the one-pager defining a knock-on is remarkably scant considering the possibilities.

But up in the definitions, there is a bit more info. In the definition of a knock-on, it says ‘…when ball hits the hand and goes forward and touches the ground or another player before the original player can catch it.’

So in the officials’ minds was that the ball hit the hand and did move forward initially, but then was propelled backwards of Louis Rees-Zammit’s calf before being kicked back in the direction of England’s try-line by Anthony Watson – and not hitting the ground or another player in between. Technically, the right decision, if somewhat contrary to common sense and the concept of rewarding skill.

You can opine what you like about Sonja McLaughlan’s over-aggressive questioning, you can call out Ellis Genge for being unsportsmanlike or whatever, but rugby does not need the sort of trolling that either of these received at the weekend.

Both have jobs to do, both are allowed to make occasional mistakes, errors of judgement, or take moments of introspection.

Please let’s not have rugby and its fans go to that level. Integrity, passion, solidarity, discipline and respect underpin rugby’s charter. It applies to observers too.