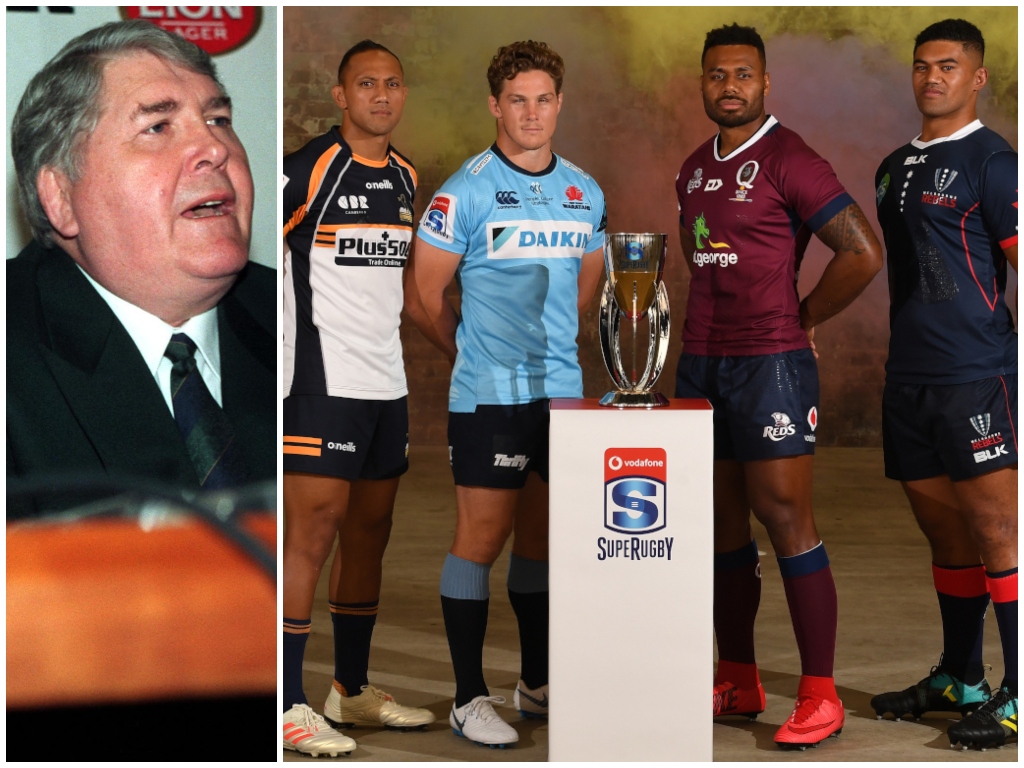 As this column goes to print, it is 25 years to the day since Louis Luyt, then President of the South African Rugby Union, called a press conference to announce the signing of a $550m deal between Rupert Murdoch’s News Corporation and Sanzar, the newly formed alliance between the unions of South Africa, New Zealand and Australia. Professionalism was inevitable from that moment on.

It was the start of an interesting few days for Luyt, who ensured the All Blacks walked out of the World Cup final dinner with a speech saying that South Africa would have won the first two World Cups had they been able to play. He then ensured that many others followed by offering a gold watch to Derek Bevan, who had refereed South Africa’s semi-final with France. Having in effect declared the onset of professionalism, Luyt’s statesmanship was as amateurish as could be.

It was also the start of an interesting time for the game of rugby union, a time which is still truly to end. There’s been periods of relative quiet and countless short periods of sheer exhilaration, during which rugby looked to be establishing itself as a global sport that might rival its ancestral round-balled one, but the game still grapples with the administrative issues largely emanating from that moment.

In fact, the way it all happened has reflected somewhat how the rest of it has played out. It just happened – and it was hardly a unanimous decision. If no other moment encapsulates so perfectly how professionalism has divided rugby since, it is the one where then-RFU Chairman Dudley Wood quietly asked one of the Murdoch deal brokers to stop it happening. When the broker said he could do nothing about the southern hemisphere, Wood said he didn’t care, as long as the north didn’t change from amateur to pro. Wood’s players had long since signed up to making the change already.

Since then there has been a lot of arguing and threatening and chest-beating between warring factions, some of whom most people in the game didn’t really know. And then most of those involved end up just getting on with it under the guise of an uneasy consensus, before a tipping point is reached and the whole irksome process repeats itself.

It’s easy to be hyper critical of all this in a moment where the game is being so pressured financially, its players often pressured unfairly and its fans often relegated behind TV cameras so ungraciously.

But we should remember that while the blazers and ties who continue to cross swords across the tables of port and cheese irk and confound us with their self-interested schemes, the game itself has undoubtedly become a better game to watch.

🚀 There are some rockets in this selection of kicks.

We’ve just had the greatest World Cup ever, with margins of victory becoming ever-smaller and more teams competing well. The skillset and athleticism of the modern player is something every youngster can truly look up to.

Rugby may be struggling to emerge from mires of acrimony off the pitch, but it is still emerging. Hopes now rest on the ability of all parties to agree on the global calendar and align. Ironically, the RFU is fully behind the professional aligned calendar, it’s the clubs and their players who are proving intransigent. Plus ca change…

The longer this break goes on, the more that unions and clubs and provinces fall under severe financial pressure, the more of a giant step in a re-aligning and re-uniting direction that calendar seems to be. We await the next uneasy consensus with interest.

Australia has been an excellent example of the sort of ructions referred to above for many a year, and when Super Rugby AU kicks off next weekend its players will be subjected to exactly the sort of stupid pressures that come from ill-advised blazers and ties cosying up to moneyed TV execs and making decisions based upon very little to do with the actual game.

The players have three weeks to familiarise themselves with seven law trials, admittedly some of which don’t have such a material impact.

But the ones that do: the attacking team rewarded with the lineout throw for finding touch inside the opposition’s 22 metre line from inside their own half (50-22), defending teams getting the lineout throw if they kick the ball into touch in the opposition half from their own 22 (22-50), the eradication of the mark and the defending team having to drop-kick the ball from their own goal line if one of their players is tackled in possession in the in-goal area, all make the game suspiciously rugby-league-ish.

Three weeks is not a long time for players to cope with what is effectively a complete strategic overhaul of the kicking game, while the Test players – assuming they do get to play Tests this year – are going to be training for one kicking game in Super Rugby, then another in Test season.

We’ll see. The only tangible change in New Zealand has been the referees being merciless on technical breakdown infringements, meaning the ball has been cleaner and the teams have been better able to attack. Stricter refereeing has meant better rugby so far. It’ll be interesting to see if different means better in Australia.