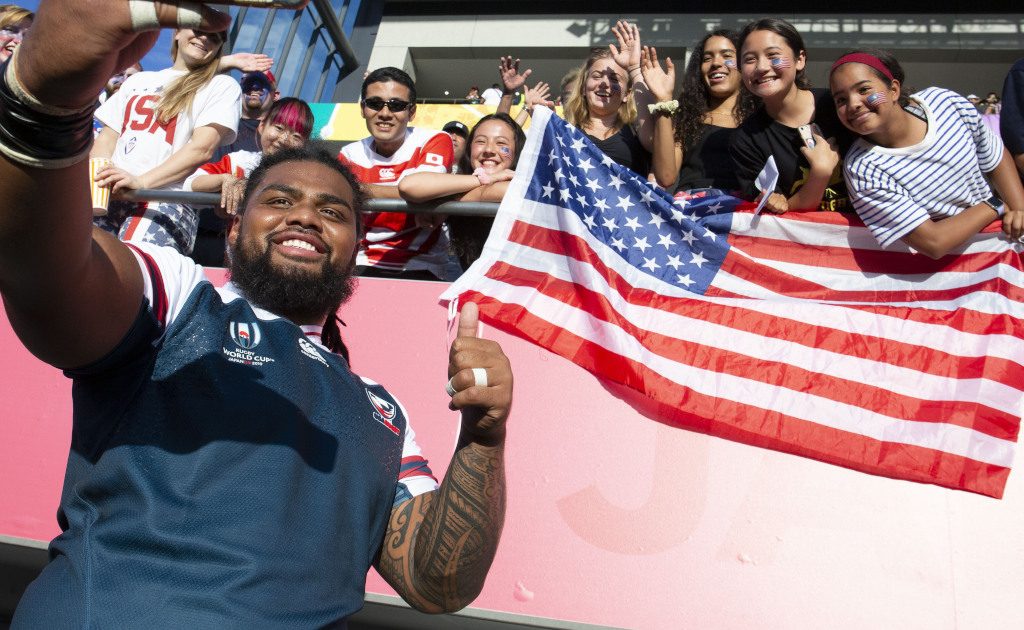 This week we will mostly be concerning ourselves with World Cups, praise and critiques of fly-halves and the Nations Championship idea…

Doubling up and developing right

So rugby’s worst-kept secrets are out. After England host the women in 2025, Australia gets the next editions of both genders and the USA gets the ones after that. And so, Loose Pass believes, has a pattern been set: host nations could be gearing up for double bids on a regular basis.

Not that this is a bad thing, quite the opposite. If the women’s World Cup is currently smaller, it has every chance of both growing to be as big in its own right as the men’s and as exciting. It may take a while yet for professional standards to seep to as many countries as the men’s game, but there’s no doubting the growth potential, nor the meteoric rise in quality of rugby at the top of the game.

But while Australia will do an exceptional job of hosting both, Loose Pass is not ashamed to confess that the World Cups it is looking forward to the most are the USA editions.

While many things were still equal, the USA’s women’s team was consistently around global benchmark level. That they have fallen away in recent years is far more down to the accelerated development of the women’s teams in cash-rich unions than it is to their own poor quality. The awarding of this tournament could easily give the women’s game there the shot in the arm it needs.

As for the men’s tournament, it could be a game-changer in the same way the Japan tournament was. Not because of the prowess of the home team, but because it is clearly possible that it could, if carefully managed, capture the imagination of a public barely ever exposed to more than a couple of imported once-off Test matches. Americans are among the most enthusiastic of World Cup travellers, with France next year unlikely to be an exception (assuming they can beat Chile).

While Major League Rugby has yet to fully ignite commercially or in terms of quality, there is little doubt that it is now here to stay, something that could not be said about its predecessors. And Americans, generally, love the game. They just never get to see it.

The same could have been said about elite soccer in 1994. 30 years on, the USA has done rather well out of that.

Commercially, the potential has been described as the ‘Golden Nugget’ by World Rugby chairman Bill Beaumont: a potential audience of 360m people.

If it is highly improbable that all of those 360m will fall in love with the beautiful game, some good channelling of live games and a little more generous Test scheduling for the Eagles (and Canada) would be good appetite whetters, as would some development cash helping to improve standards in MLR.

The decision to award the World Cup to the USA is a solid one, but it has to be backed up.

Fans, writers and players everywhere have been falling over themselves to point out how much better than Romain Ntamack Jonathan Sexton apparently is after Leinster’s dismemberment of Toulouse at the weekend.

Not that Sexton is not an elite athlete at, or near, the peak of his powers, but to say that Ntamack was ‘absent’ or ‘incapable of inspiration’ is a tremendous disservice to the Frenchman.

There are props in this world who could have marshalled Leinster’s game capably on the go-forward foundation laid by the Leinster pack/runners – indeed, at one point, Tadhg Furlong quite capably proved that precise point.

Ntamack did struggle, of course he did. The ball-carriers laying the foundation for him had, at one point in the game, a 16 per cent gain-line success. Leinster’s was up in the 40s. On defence, Leinster’s disruption of Toulouse’s possession (enough of it legal that this is no moan) slowed the ball down so much that Ntamack never was able to get the space he exploited so well in the Six Nations.

Comparisons on the basis of games like these are only worth making if you were to consider the question: would the result have been much different had the fly-halves swapped teams?

In the past weekend’s game we don’t think so. Fly-halves should be judged on the basis of the tight games they win, not the ones they dominate from a perfect platform, nor the ones they cannot control because there is barely any platform at all.

So, we’ve potentially got a new tournament. It’ll happen annually except Rugby World Cup years. It’ll feature all the major countries playing against each other over a 12-month period. Then the best qualifiers will head towards a grand final, the winners of which would be proclaimed as the best team in the world.

Doesn’t half sound like a World Cup to us…

If we really want to get meaning to the July and November Test windows, make the games about earning seeding points for the upcoming World Cup, instead of deciding the seedings and draw for a World Cup years in advance, thus leaving us with the ridiculous situation for 2023 of the best four teams in the world set to face each other in the tournament quarter-finals.