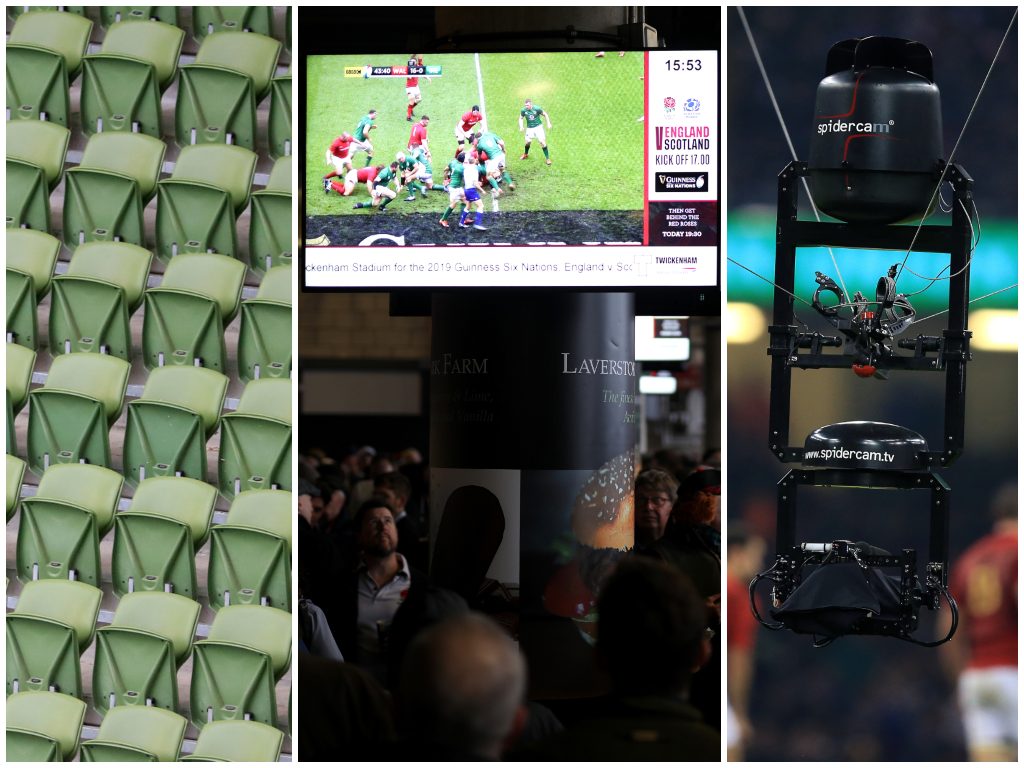 This week we will, once again, be asking some quite weighty questions about whether the game is really going in the right direction…

If Coronavirus is starting to become, for the population at large, the most-used word on the streets, it’s a fair bet that for fans of the Six Nations, the word Paywall is not far behind.

As suspected from the outset, and despite the denials often emanating from behind the desks of the mighty, the suits at 6NHQ have taken a good, hard look at the cash on offer from the CVC-led deal with subscription TV companies and decided that it is something they would like.

In fact, by ruling out joint bids, such as the one tabled by ITV and the BBC together in the last round of rights auctioning, the Six Nations and CVC may as well have ruled out the possibility of free-to-air TV rights altogether.

We’ve trawled through several outlets, but we can’t find one voice that has anything positive to say about the development.

Brian Moore was perhaps the most high-profile rugby figure to point out that the wealthy in Formula One and cricket were very good at enriching themselves from CVC, at the expense of participation and viewership. CVC didn’t do badly either. But neither sport actually grew. The most famous stat compares the first Ashes test of 2015 with one in 2005. England won both, in thrilling fashion. But the one in 2005 had a free TV audience of 8.4m. Ten years later it was 467,000.

In Wales, the lamenting voices quite accurately point out that rugby is an integral part of the national identity and as such, merits a protected place on free TV that needs parliamentary protection – an argument with significant weight when you consider how important the England game is in the Welsh calendar.

In Scotland, soccer dominates so heavily that free TV is the game’s mainstream media lifeline. There is barely any other shop window for the sport to be in.

BBC and ITV have deal until the end of 2021. #GuinnessSixNations

In Ireland, the same is true as in England, albeit to a lesser extent. Certainly from 2006 to 2007, when the Heineken Cup moved from Free to Pay, actual viewer numbers dropped by around 80% even if the cash tills were pinging at the teams themselves.

But it is perhaps the Scotland example that outlines the flaw of Pay TV best. Rugby needs its shop window. It’s not a sport that is always easy to find, not a sport that, in these days of concussion awareness, mothers will independently think of as one that their children should be taking up.

It’s a sport that needs to be seen to be assumed into the consciousness, to get its long list of laws learned and understood. Going on the examples above, can rugby really afford to have viewership of its flagship tournament matches fall by 80-90%?

It might be nice income now, but how many of today’s 8-12-year-olds, currently in rapt awe at the Six Nations’ magic, will next year be forced to do something else – such as kicking a soccer ball around? How many of my own generation, unwilling to fork out for an expensive satellite connection, unable to spend Saturdays at the pub weekly because of looking after the 8-12 year-olds and unlikely to brave shabby transport connections and wallet-melting ticket prices to go and see the games live, will simply drift away from the game altogether? How many casual fans will we lose?

Is the price of the money the teams get from the CVC Pay TV deal going to be the fans mentioned above? It feels like we’ve come to this point. Rugby is a business and it needs its income, but it needs the masses of tiny stakeholders too.

There is, of course, a way that this might be palatable. The money going to the unions could be used to stimulate the game at grass roots level. A reversal of the decision of the RFU to cut the funding to England’s lower tiers would be a good start. But that feels unlikely, whatever the outcome of the RFU’s current Adult Male Future Competition Survey.

Even in New Zealand, with the most successful international team of the past two decades in the shop window, the same problem looms.

Is it because despite what the rest of the world thinks, kiwis aren’t actually rugby mad, they’re just All Blacks mad – people are more inclined to go and watch a “sure thing” for a win than super rugby sides.

The easy access of the games on tv is also killing live attendances.

The New Zealand Herald wrote recently that New Zealand Rugby is set to post another multi-million dollar loss for 2019, so it decided to engage McKinsey to see how the sport could be restructured.

Supposedly, the vision is for the current Super Rugby sides to manage the elite side and talent pathways and identification, while the provincial unions drive participation and the community game.

But there’s been a loss of both money and participation, while attendances at Mitre 10 Cup games have dwindled and dwindled. Elite rugby has been in rude health, but the more business-like it becomes, the less the fans are engaging and the fewer the players at community level are playing.

In fact, this problem is everywhere. Sevens, and the Olympic money from Sevens, has flawed structures and competition in many a tier two country; it’s laid waste to the development in German rugby, for example.

Everywhere you look, ambitious clubs plough unsustainable resources into pimping up the first team, while ensuring the existence of the third team is dropped from the to-do list.

Spain are once again in hot water over eligibility, this time because a South African started in the national team.

The more money that goes into the top, the less fun there is at the bottom. But once the game’s primary product is hidden behind a paywall, fewer people will even know that either top or bottom exist. When the bottom of the game disappears, there’s nothing supporting the top. And who’s going to pay for a TV deal for a niche sport then?