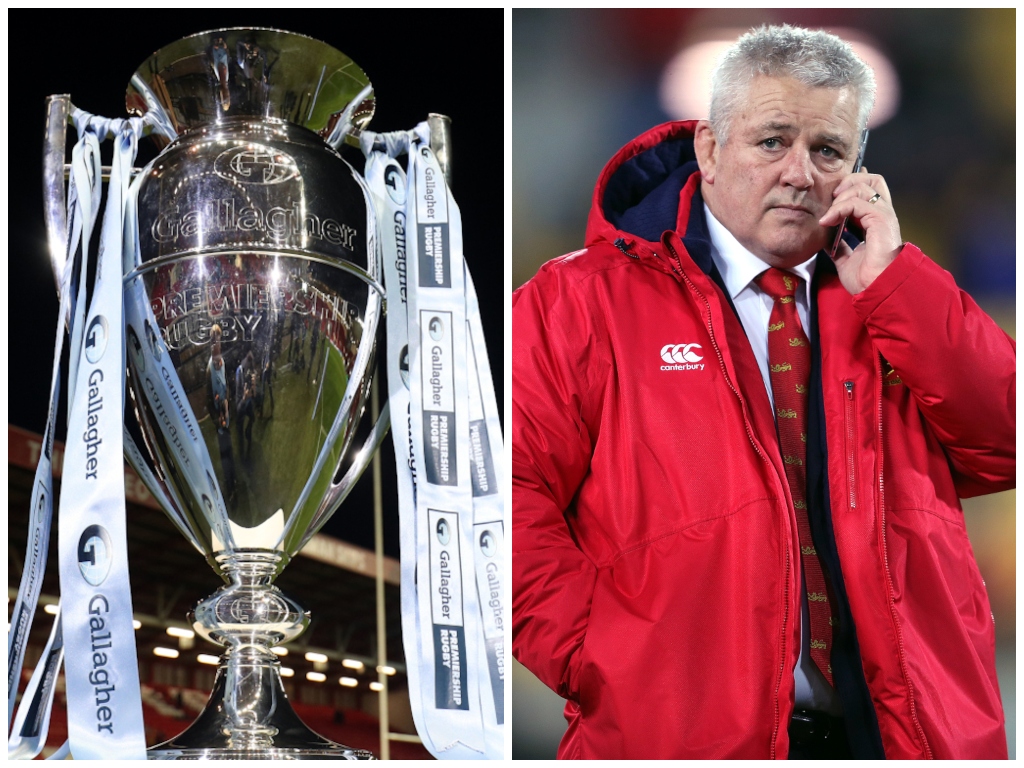 This week we will mostly be concerning ourselves with decisions to be made and our thoughts upon them, right across the board…

So, what to do? The home nations in lockdown, matches falling foul of outbreaks, new variants on the virus sweeping across other international territories. Competition integrity constantly compromised, clubs and livelihoods under threat, families separated. The world is a mess. If a financial behemoth such as the Premier League can be talked of in terms of shutdown, even if just to deny that as an imminent possibility, rugby must surely be facing its maker once again.

Right now, the game in Europe is facing a huge number of administrative decisions ahead of the next few months, as the status quo slowly renders robust competition and long-term strategies all but impossible. Here are our thoughts on a few of them, in no particular order of priority…

In our view, this is the most urgent and also the most vital to get right. Matches are falling left, right and centre, on its own a problem even if there was time to make the matches up, but with championship points being awarded for cancelled fixtures the entire integrity of the competition is in danger.

Gloucester started their match against Sale at the weekend bottom of the table, not because they were necessarily the worst team, but because Worcester beat Harlequins because of the latter’s coronavirus outbreak. Can you imagine the ramifications if this were to prove decisive in a relegation battle?

A championship won this season will be devalued but would at least be something to put eyes on screens for at least, but a relegation, along with all its turnover – and livelihood-decimating side-effects, would be an appalling end to someone’s tenure and has, far more than the championship, to be decided by a process marked with complete competitive integrity: which means any candidates playing all their games.

Finishing bottom of the table would be bad, but an existence threatened by relegation from the top flight because another team had a coronavirus outbreak? That is too much to inflict upon any club in this extraordinary season.

So yes, our view is that the Premiership should be ring-fenced temporarily and the threat of relegation removed at the earliest possible instance.

Naturally, this also raises the question of what happens to Saracens. Condemned to another season in the wilderness by corona? Left without the chance to recover from the punishment for their sins?

Tempting though it is to say that they should live with the extended consequences of the dreadful rule breach the club contrived, it would not do English rugby much good to snuff out one of its professional clubs administratively like this. The new lockdown put into place all but consigns the Championship to the bin anyway, meaning Saracens will not be playing again any time soon.

So this season, no relegation, then next season (assuming the pandemic is over) a 13-club Premiership including Saracens with one relegated, or a 14-club one (including Ealing) with either two or no clubs going down, would be a reasonable solution. Anything is better than consigning a club to the wilderness for a year because some other team was afflicted by illness.

As this article goes to press, the administrators have all but confirmed our view of this one anyway, but yes, it should go ahead behind closed doors. National teams, much more so than club teams would be able to isolate for the duration, while television revenues would be a boon for ailing unions. It would also be a boost for casual fans who consistently see the league programme under duress.

Two months’ isolation for an extended squad of, say, 40 players per team ought to do the job well enough if organised well enough in advance and thought through better than, say, the Barbarians’ isolation programme last autumn. And national team players are by far the best-paid, meaning that asking that sacrifice of them is less extraordinary than it is of some of the club wider squad members, for example.

We wrote about this last week, but in our mind, this is the most expendable of all the competitions currently on the menu. Competitive integrity is all but gone anyway through a combination of format curtailment and fixture cancellations, and now the differences at lower level between testing procedures and philosophies in different countries threatens to become an ugly argument. Anybody winning this competition will likely do it with a shrug.

A fantastic idea in principle, but it now needs a serious rethink. While it is quite likely that the Celtic Nations and Italy will be better-organised in Covid terms by then, the situation in South Africa with vaccines and controlling infections, not least because of the new variant of the disease, may well not be at all.

South African teams heading north may be easy enough to achieve in a bubble, but teams heading the other way may well struggle, just as the English cricket team recently did. And international travel between the regions is currently all but banned; who’s to say how long that might last?

Right now, there’s nothing to be heard, but this is a tournament that could do with some serious contingency planning, while the PRO14 and its teams have already suffered immensely (most of the games in the current PRO14 are already dead rubbers because the playoffs are done away with).

Suggested solutions? Mini-leagues within the respective countries (Scotland and Wales together maybe), keeping all the protagonists match-tough, safe, and near home ahead of the possible Lions tour. But…

Perhaps the most painful cut of all emotionally, but this one also needs to be cancelled/postponed for the same reasons as the Rainbow Cup, along with the fact that a Lions tour without the tourists, so to speak, simply would be a non-event.

And then perhaps, we could spare the top players yet another eight weeks of rugby, and give them both the rest and the time they need with their families. It would be a financial blow to the Lions, but that is nothing that threatens the game’s existence in the same way as a union bankruptcy or loss of a famous club would, and you could guarantee the Lions would be reborn.

Move it on, or leave it – when the next South Africa tour comes around in 2033, it would be the most-anticipated ever.