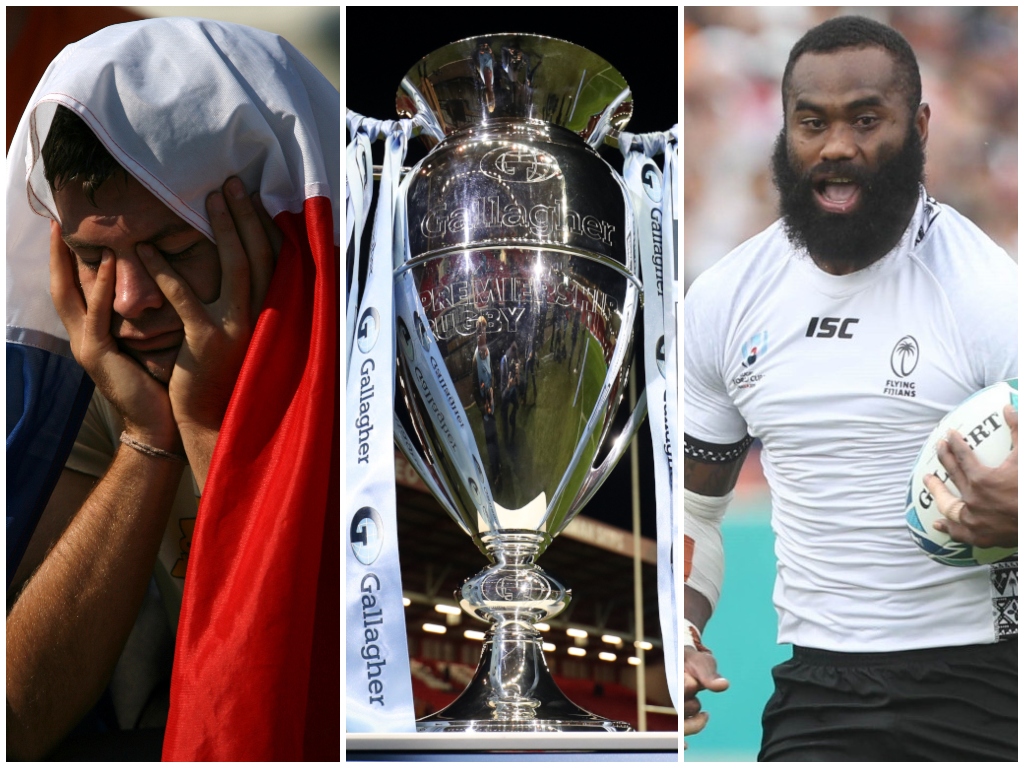 This week we will mostly be concerning ourselves with a wholly predictable dilemma, some comparative winners from the coronavirus era, a troubling riposte and a truly sad loss to the game…

A flock of seagulls

So, the Premiership and Top 14 decide their fixture schedules, the former attaching the end of last season onto the start of the new one so haphazardly that conceptually it resembles a crashed car trying to pull along a caravan with no wheels.

Then, not long after, World Rugby and the Six Nations plonk their fixtures schedules into the same calendar, with the elongated Test window spanning both the end of the English club season and the start of the new ones in France and England. It also requires top level players to head into European club rugby immediately after the international window.

Does anyone see the potential for conflict there?

“Premiership Rugby urges World Rugby to restart the global discussions to unify the unions and professional leagues and agree to a temporary plan that works for all,” read a statement.

“We regret World Rugby’s unilateral decision to impose changes in the international calendar on our clubs when progress is being made with the RFU to reach a compromise for the benefit of all.”

The World Rugby proposal is due to be confirmed on July 30, after which, you might hope, professional rugby as a whole can begin discussions around a global professional fixture calendar again.

But given both Premiership Rugby and the Ligue National de Rugby’s resistance to the current plan for October (the French clubs want only five international weekends instead of six and have threatened legal action), it’s difficult to see July 30 being such a positive moment.

There’s nothing positive to take out of any of this in fact, bar the fact we actually soon may get to watch some rugby in Europe again. The governance of the game, with the players perpetually caught in the middle, overstretched and frequently serving multiple masters, continues to resemble seagulls – if rather well-dressed and privately-educated seagulls – arguing over a bag of chips.

It cannot be beyond the wit of all these people to get together and finally manage to not only agree a coherent plan for now, but also a sensible season structure going forward and a road-map towards a point, in a couple of years’ time where fixture clashes and overlaps become a thing of the past. A structure where fans and players alike are not asked to choose the whole time, forced by multiple masters to compromise their loyalties.

While the whole pandemic era has produced little beyond widespread consternation and frustration, the undoubted winners from all of this are Fiji.

“We are on the verge of joining the Six Nations rugby competition and have Super Rugby, New Zealand and Australia knocking on our doors,” said Fiji Rugby Union (FRU) CEO John O’Connor this week.

Granted, the first half of the sentence is a vast over-statement: Fiji are surely little more than guests in an extended tournament created to boost finances for the participating unions. But the second part looks true enough and a more permanent proposition.

Hopefully Samoa and Tonga can get their act together and follow suit. Pacific Island teams’ participation in Super Rugby competitions is long overdue, as is a higher profile on the international stage.

The Fiji Rugby Union has claimed it is on "the verge of joining the Six Nations" in November.

Staying with the Pacific Islands, and Dan Leo’s spat with World Rugby continues to simmer, but has taken a very unpleasant political tone.

Leo’s has been the loudest of a few voices calling for a review of World Rugby’s governance and council eligibility structures after Fiji’s vote for Sir Bill Beaumont as World Rugby Chairman was cast by a man convicted of the manslaughter of a political rival – and whom World Rugby had accepted onto its council.

The former Samoan international is no stranger to rocking the boat; he almost led Samoa to go on strike rather than play England in protest at the corruption rife in Samoan rugby.

A month or so ago, he gave a straight-talking interview to the UK’s Rugby Paper on that subject and several others, while he continues to do sterling work with the Pacific Rugby Players Welfare body, looking after the interests of Pacific Island rugby players all over the world.

We should emphasise, it is sterling work. It addresses and protects the interests of a group of players who are unique in rugby’s landscape, strewn across the world, drawn from tiny nations overrun by corruption and – until Leo’s intervention – frequently neglected at best, shamelessly commoditised at worst for their natural talents and attributes.

World Rugby’s response? ‘World Rugby only recognises International Rugby Players as the global representative body for players, including those within the Pacific Islands’ read a refute of Leo’s demands for more transparency this week. In other words: “you don’t technically belong to us, so we’re not listening to you.”

Yet as Leo pointed out, the groups World Rugby recognises are also the ones World Rugby funds, leading to a clear conflict of interest. Leo is also irked at the review of World Rugby’s governance from the Associations of Summer Olympic International Federations (ASOIF) which, as its own methodology makes clear, is largely dependent on bodies self-assessing rather than performing its own investigating or auditing. It may not surprise anyone reading this to find out World Rugby managed to give itself top marks.

It’s understandable World Rugby would look to its own recognised bodies for advice and information, but it’s inconceivable that a body such as Leo’s, which enjoys widespread support and praise for its work, should also continue to be ignored.

The game’s governing body does much that is good, but it does not like getting its hands dirty on matters of individual national unions, nor does it like having problems flagged for which it might have to take some responsibility. If nothing else, this is something that the current administration needs to change.

Heavy day to be a rugby man. Former top referee, raconteur and rugby master Paul Dobson has died. He shared his wisdom liberally and was much loved. Thoughts and prayers with his family. Go well, Mister D.

Loose Pass – not just this columnist but several others from now and the past on PR’s staff – were deeply saddened to learn of the passing of Paul Dobson this week.

South Africa’s most renowned rugby historian, mentor of referees and writers and affectionately known as ‘The Oracle’ among colleagues, he coached the game for 40 years and had a long refereeing career, culminating in a stint as a Currie Cup referee in the 80s.

He also spent a good part of his life promoting mixed-race rugby with Doc Craven and others in the 70s and 80s.

He was author of a huge number of rugby books and co-instigator of the SA Referees’ website as well, while his enthusiasm for French rugby was once the inspiration behind Planet Rugby’s decision to cover the Top 14.

But most of all, he was one of the game’s most pleasant companions, always happy to talk, always open to debate, always supportive and always able to keep up the morale of those around him. The game is significantly poorer without him. Rest in peace Paul.