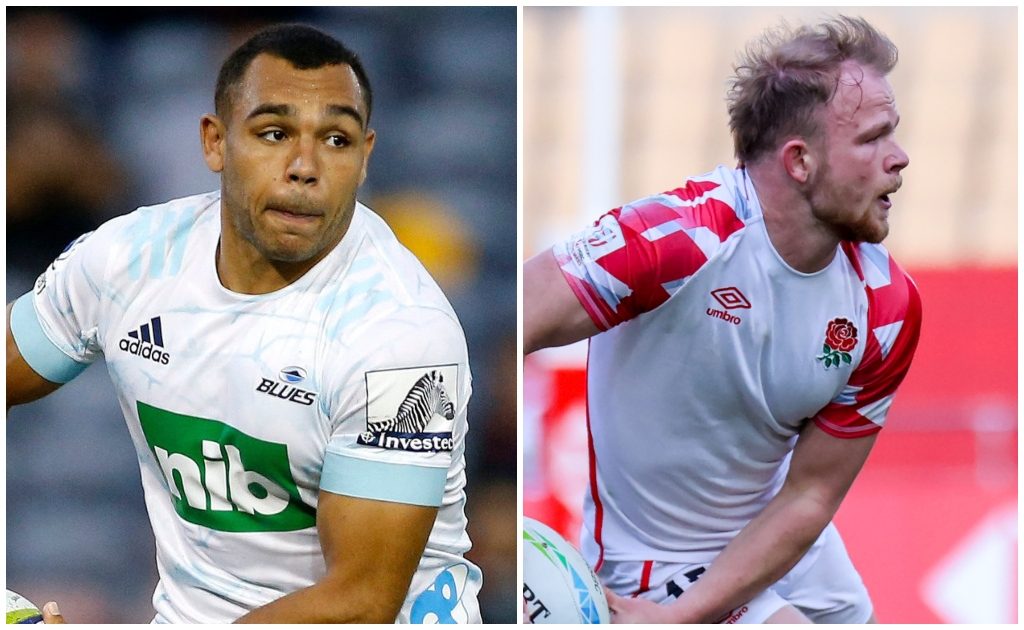 Why doesn’t it happen more?

There’s been quite a few young fringe players from Premiership clubs announced to be disappearing in the close season, not to the murky confines of the championship, but further afield to places such as Otago, Manly and Stellenbosch.

It’s said to be for experience-gathering, which it surely is, even if it also quite clearly something to do with salary cap adjustments at times as well, but Loose Pass will study the returning crop with no small curiosity.

Little has really been made of the highest-profile of such enriching expeditions abroad: that of Joe Marchant who, after dealing with the disappointment of missing out on the 2019 England World Cup squad, opted to head to Auckland and have a crack at Super Rugby as a result of a clause he had had written into his contract. To be more precise, plenty has been made of Marchant, little credit has been given to his spell in Auckland as a catalyst for his career.

There is very, very little doubt that he came back a significantly better player, not just in terms of his ability to weave, step and run delicious support lines but also in his positional intelligence and adaptability to different positions on the field. He hit last season running at full tilt; he has not looked back.

Others to have made the effort include Frederic Michalak, who had two spells in South Africa, the first of which was stutter but also clearly made him a more intelligent player. The second spell was an unmitigated success. Danny Cipriani and Michael Lipman both had good times in Australia.

And of course, Martin Johnson. It may have been a different age, but he has always reflected that his time in New Zealand made him a more rounded and game-savvy player, and helped him overcome any intimidation he felt about returning to Leicester and claiming a jersey.

So it begs the question: why do more players not make an attempt to do the same? Australia’s teams feature many a foreign player, and while New Zealand remains more of a closed shop, if Marchant can do it there must be opportunity for, as Marchant was, an excellent talent in need of a rugby finishing school. He only played seven matches for the Blues, but the experience was enough.

Going to France can be an option, as Zach Mercer has proved, but the problem there is that teams tie you to contracts that can exclude you from using your development back home. Not for nothing have rumours surfaced that Mercer and Gloucester are courting one another ahead of a World Cup season.

And does it even need to be Super Rugby level? Newcastle have sent flanker Tom Marshall to a senior club in Dunedin, Wasps have packed off centre Will Simonds to Manly. It’s not Premiership rugby, but it is something different. It is something new to learn.

So Loose Pass will be looking out for those two when they return from their time away, as well as a couple of others. All the while we will be wondering about aspiring players in countries like Wales, struggling so much financially and internally, and wondering if many a young player whose development has perhaps gone a little stale but has the right stuff mentally, might not be missing a trick.

Even by the standards set by soccer, it was a disgrace. The standoff between England and Argentina which saw England’s Will Homer hang around under Argentina’s posts with the ball for two minutes while Argentina’s players refused to challenge him, thus ensuring both teams qualified for the next round, must not ever happen in rugby again.

There was a failure of leadership and integrity in every location on and around that pitch, from the meek referee who refused to show initiative, through the coaches and staff who encouraged it, down to the players who let it happen. Not one of them should even vaguely leave with a clean conscience. Has the mercenary, air hostess city-hopping glamour nature of sevens really taken such a hold that the players cannot even play the game properly?

Only the fans who catcalled, booed and jeered did the game any credit. A law change will surely come, but a sizeable fine and some points docked for such a mercenary disregard for any value the game has ever held would be the barest minimum sanction we could think of.