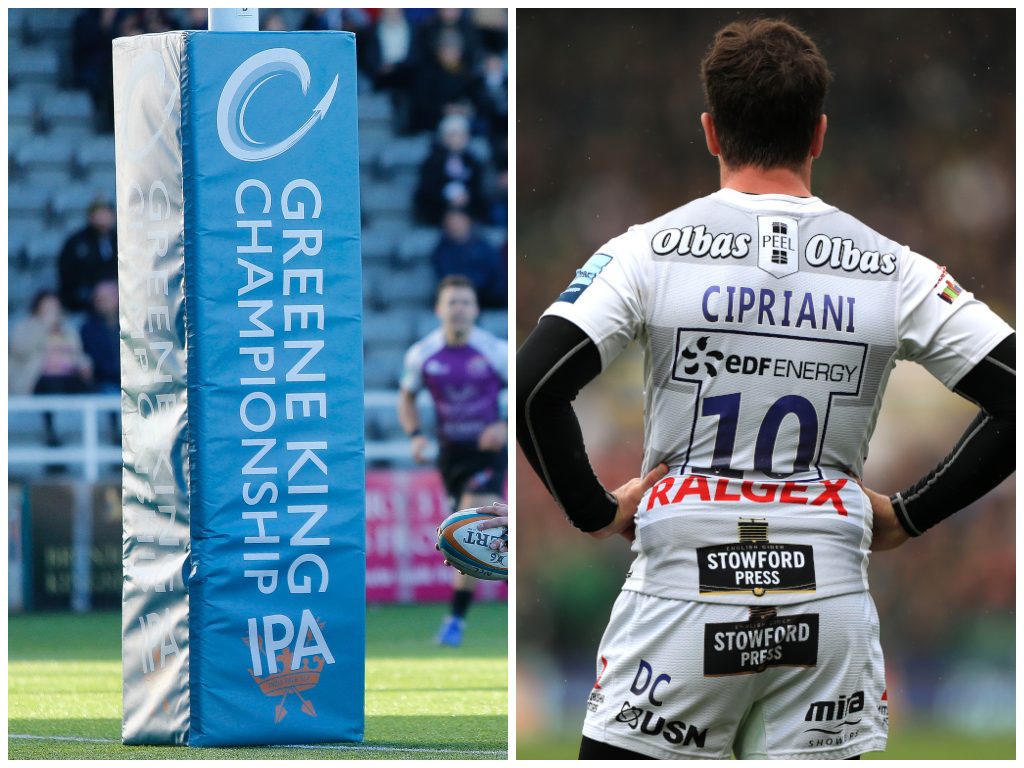 The RFU’s announcement a week ago of the funding cuts to the Championship, an effective cutting of the apron strings between England’s elite and the rest has taken English rugby down a new-looking path of elite consolidation, which could see many a traditional club disappear.

It’s a heck of a step. Having been at loggerheads for so long, the RFU and the Premiership are now quite clearly in the same boat, with the RFU to a great extent jettisoning responsibilities to its own stakeholders. With the Championship teams now bereft of resources, and with the exploitative bean-counters of CVC vastly enhancing the resources of the Premiership teams, ring-fencing of the Premiership – and the formation of a 13-team league including Saracens – will surely follow.

Given the absence of other reasonable motives, would it be wrong to assume that the RFU is also chasing a piece of that CVC cake and has sold out the Championship to get it?

“We do not believe that it [the Championship] is the primary place where Premiership and England players are discovered and developed,” said Bill Sweeney, the RFU’s chief executive. Mouritz Botha is among a number who would beg to differ, as would be Tomas Francis, Akapusi Qera, Danny Care, Gareth Steenson, Mako Vunipola, Joe Cokanasiga, all of whom spent significant formative time at Championship clubs. And the number of second tier internationals who enrich the Championship is huge. It might have produced even more had it been better nurtured.

But with the Championship eviscerated, pathways for players to the top now follow only one direction: Premiership academies. That probably means an increase in A-league games, which many a pro has found singularly underwhelming, shoveled away to Monday nights on leftover pitches and frequently uncompetitive. Maybe CVC will try and jazz it up, but frankly, I’ll always rather watch a second-tier first-team game than a first-tier second-team one.

Moreover, academies significantly reduce the scope of the ‘system’, skewing it towards fancy schools and a sprinkling of specialist colleges. Where are the outliers, the late starters, the tougher background players to come from if there’s no value in fighting through the ranks in (in rugby terms) outlier communities such as Cornwall or Doncaster? Will one bad academy season as an 18-year-old make or break a player’s aspirations?

But those are the future players. And those in the present? The gap between first and second tier was already wide enough. Players in the Championship get wages akin to an entry-level graduate, but are not always well-insured. Clubs weren’t always perfect, but they did try. Some couldn’t make it, but there have been enough – Ealing, Coventry, Bedford, Cornish Pirates, Jersey, Doncaster and Nottingham have all committed themselves to sensible long-term development ideals – to make you think the Championship would have continued to improve as a second tier.

🗣️ "I see someone who comes over very uncaring." 👇 https://t.co/LIwfKkdaTV

Now many of those players will find themselves out of work in four months’ time. Club workers will also be laid off. Clubs that have striven to create a more elite sporting atmosphere will find their work rendered null and void, while those in the Premiership enjoy the riches of CVC. The story of Exeter will become a one-off. That’s a lot of dreams and livelihoods simply shut down. The personal impact, not least on the players, will be immense.

Apparently the decision to cut the funding also rested upon the Championship clubs not meeting a handful of KPIs – KPIs against which none of the clubs were aware they were to be measured. But as the open letter from the Championship Chairmen to the RFU in the wake of the decision put it: “…it would be… interesting to test the above targets against Premiership Rugby clubs – particularly the one requiring financial viability!”

CVC may change the viability of the top clubs, but the rest of English rugby is now adrift from its elite. No longer can any club hope to emulate Exeter. The few at the top have benefitted greatly at the expense of the many.

It’s a pattern being repeated in many areas of the rugby world at the moment: consolidation of the elite at the expense of investment in the grassroots. Hopefully the balance will skew back before the disconnect between the two renders the whole project unsustainable.

The media is becoming more of a cause for concern

Some heavy contrasts this week. On the one side, we have the reaction to Ellis Genge’s somewhat unconventional interviews – some negative, most positive, those positive reactions almost all focusing on the fact that it’s about time we had a few players being ‘raw’, ‘honest’ and ‘colourful’ again. On the other, of course, the uproar over the RFU decision, which was timeous enough to wash away the unpleasant memories of a Scotland-England encounter bubbling over with ill-feeling.

Genge was also active on Valentine’s Day, with a social media vid skit showing him making a baked-bean heart and bringing it to bromantic partner Kyle Sinckler in bed. Lovely, and reasonably funny. All decent PR in a week when the RFU clearly needed it.

The media these days always works in two directions. Genge might be revelling in his happiness now, but will he be as raw and colourful after a bad day in the office? How will he react to the trolls or the journalists criticising when he’s outscrummed?

Both Danny Cipriani and Brian Moore have been on the end of some appalling social media abuse this week for little more than voicing reasonable opinion. Both were attacked for it by some real scum.

Yes, the principle of free speech dictates more or less that if you’re going to stand on the soapbox and give it, you’d best be ready to receive it too. But not what either of those two went through. And now his profile is up, it’d be ignorant not to consider how the media might jump on the Genge bandwagon. Given also his colourful character, it’d also be ignorant not to consider how Genge might not always be master of his own destiny on that bandwagon.

Rugby professionals are often accused of being far, far more boring than their amateur predecessors. But then their predecessors did not have to worry about tweeters attacking their family, nor instagrammers videoing them having fun around the world, nor tabloid hacks twisting their words into spite-stirring back-pagers.

These days they do, and while Genge’s colour is something to be celebrated, hopefully it stays at that.