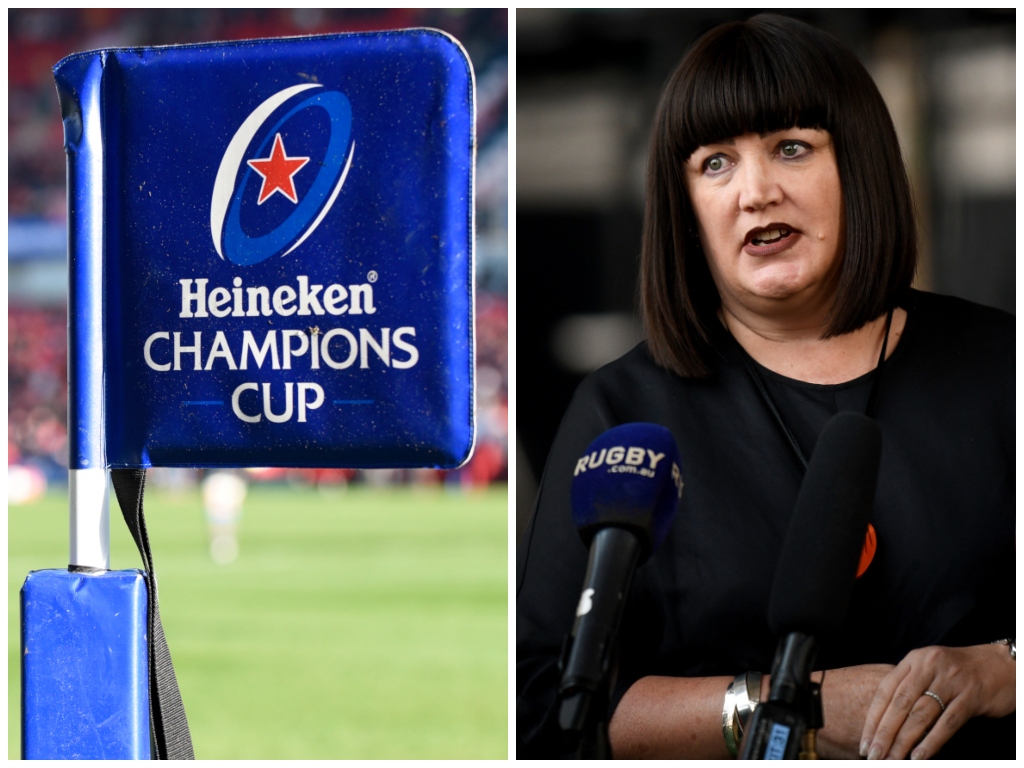 It’s reasonable to say that Bernard Laporte would not be the first person you turned to if you wanted continuity and mainstream thinking. You need only to cast your mind back to the start of his tenure as national coach of France, and his suspension of captain Fabian Pelous for getting a yellow card to remind you of that.

Rarely underspoken, he can either be a breath of fresh air or a pain in the backside. His latest publicised initiative, one he seems set to push through right to the top of the game, is going to split the game along precisely those lines.

A Club World Cup, which Laporte is championing as an integral part of his vision for election to World Rugby’s vice-chairmanship, is quite the idea in the current climate. And judging by reactions, not all clubs and club bodies are against the idea, especially if it helps to create a global calendar for the game.

Even the organisers of the European Champions Cup have not refused to countenance the idea outright, despite the initial idea being to replace it completely. European Professional Club Rugby have rather sought to have the global club showpiece played every four years rather than annually, which is Laporte’s idea.

So the idea is gaining traction. But is it something good for rugby? Will it help drive the game? Do we need it?

It would certainly be unique. No other mainstream sport has a sub-international global club competition, bar soccer’s rather lame attempt at a Club World Cup around Christmas every year. So in that regard, it would give rugby an interesting pioneering role. There’s little doubt that it would be a global sports media darling at its onset, which would surely mean plenty of cash in the coffers.

It would also provide – and this is the bit that has most certainly piqued the curiosity of World Rugby’s most senior suits – the sub-international level of the game with the impetus to align club and/or provincial seasons accordingly. Any initiative which helps sort out the current dog’s dinner of a season cannot be a completely bad thing.

Then, of course, there’s the curiosity internally. Few could deny that the thought of Munster hosting the Crusaders, or the Bulls welcoming Toulouse, or other such heady big-name mixtures even on neutral grounds would be fascinating to the rugby fan. For a while anyway.

So there’s a few pros. But the cons are significant too.

Firstly, the distribution of money. The idea is for a competition featuring four teams each from the Top 14, PRO14, Premiership and six from Super Rugby (let’s leave aside the one each from Japan and USA).

🗣️ "Discussions have already taken place on an official level."

Presumably these teams would have to spend the domestic season qualifying. The risk of the development of a financial elite dominating their own domestic leagues as a result of throwing about the bucks earned from their global showpiece participation is immense. Some big names will get lost, and there’s little doubt that the money pouring in would not all be additional to current tournament revenue streams.

Concentrating already meagre resources into a few hotspots, in a game already in serious danger of jettisoning founding traditions in favour of glamorous hyperdevelopment is not a good way to go right now.

Player welfare also has to be a concern. Is this tournament to be additional? Complementary to the international season? The logical structure would have domestic leagues, Club World Cup, international window throughout a calendar year.

But that’s potentially quite a burden on the top players, while planning for that amount of international travel in the current climate is nigh-on unthinkable. And again, while that calendar makes cold logical sense, there’s no room for either Six Nations or Rugby Championship if we assume the fixture calendar would be concurrent to the calendar year.

Laporte’s suggestion – detailed in an interview with French rugby magazine Midi-Olympique – also said that one team each from Japan and the USA should be included. Which is all well and good for being progressive, but in both those countries decent fists are being made of developing some good domestic leagues. The practical experience of creating, and then de-creating, the Sunwolves rather suggests that resources would be better invested in helping those domestic leagues flourish than distorting them to the benefit of one entity.

And that really brings us to what we see as the main problem with this idea: the fact that there seems to be nothing underneath it – or more accurately, the idea looks set to be too heavy for its foundations to support it. How long before the money flowing into the top sucks up the money below? How long before some clubs or regions simply can’t afford to participate? How long before clubs below start to go bust? How long before we are left with only the Club World Cup and nothing else? How long before rugby becomes like the NFL, with a world-class league at the top, but barely any post-school participation then?

“I am sure the public, partners and televisions will follow,” said Laporte in his interview. They may well do. But the idea needs, now more than ever, to be for the good of all, not just for the good of the few. And this one has a distinct whiff of the latter.

Incredible to see the blame put on RA CEO Raelene Castle in Australia. She inherited a mess, has had to steer the ship through an even bigger mess, and she has had to do it all without a penis.

Raelene Castle will have several volumes’ worth of memoirs when her tenure as Rugby Australia CEO does come to an end. There was the time when her star player began undermining the value of the organisation in public, then sued for millions when he was fired, for example. Or the time a TV pundit was touted as her imminent successor.

Or there’s the time she commendably sent the TV rights for Australian rugby to the bidding market, rather than giving it to the same old people, and then found a global pandemic rendering those rights unsellable just when she really needed to find some good future revenue for her accounts.

Castle has run RA like a business. She put the TV rights to market because she thought competition would get a better deal. Australia’s youth teams are flourishing – and players are progressing up that pathway into the senior set-up. Participation is up overall. The Western Force were on the brink of returning. And most laudably, she upheld her organisation’s values, even if it meant jettisoning her star player.

Phil Kearns – old boys’ ties and manifold self-interest aplenty – is rumoured to be Castle’s successor if she is shoveled off this weekend. Good luck to them both. But we’re just not sure that right now, just as Castle’s policies are starting to bear fruit, is really the time to change.