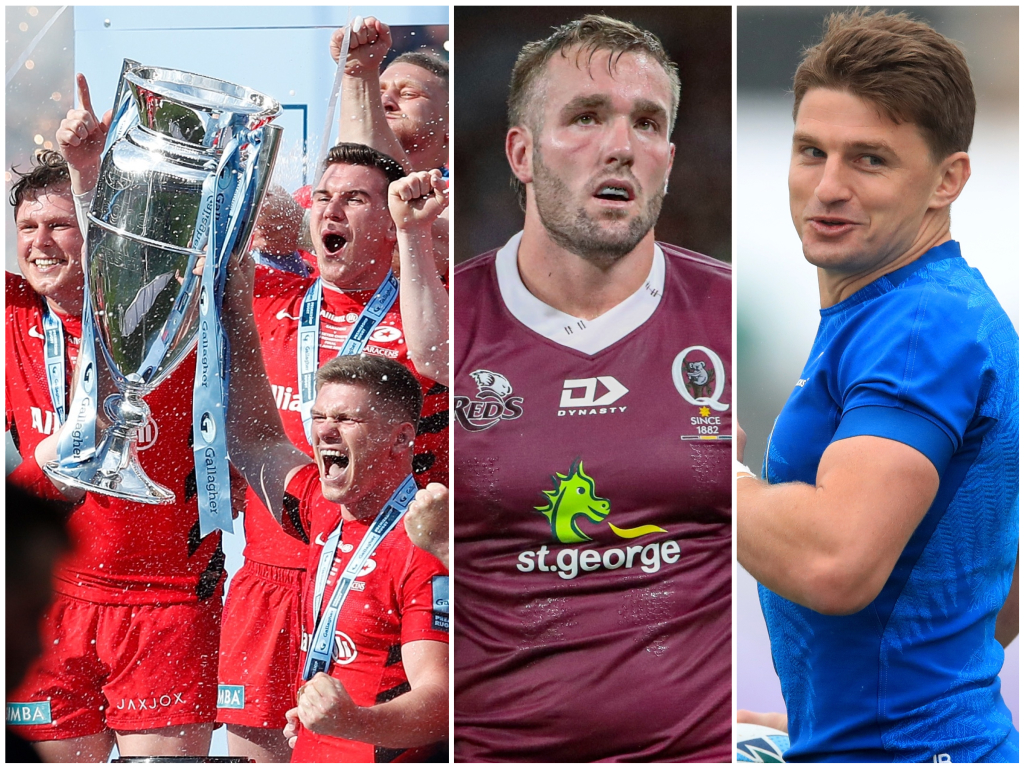 This week we will mostly be concerning ourselves with ongoing frictions, good governance, egg on face and a collective brainstorm…

‘Rugby’s factions must pull together or coronavirus crisis could tear sport apart’ read one headline this week, one of a multitude observing with great concern how rugby is dealing – or rather, not dealing – with the current state of the world. Like a few other industries, rugby seems to function well when everything else in the world does, but it’s not built to deal with an economic shock or a shutdown of international life.

Australia’s AU$14.2m bail-out loan from World Rugby is a sure sign of a large union on life support, so while it seems somewhat brazen of the Reds’ trio Izack Rodda, Isaac Lucas and Harry Hockings to refuse their RUPA-negotiated pay cuts and get effectively sacked as a result, you’d have to imagine that all three will soon be washed in on the tides of largesse still splashing around in France and Japan. It’s hard not to see refusal to accept the cuts by the trio as a strategic move to get themselves relieved of their contracts in order to facilitate a quick release; first-mover advantage should Rugby Australia go under and a glut of Wallabies suddenly comes on the market.

South Africa have, in that regard, operated more sensitively in offering players a contract cancellation as an alternative to a salary cut, but painful departures are coming. Malcolm Marx is off to Japan, Pieter-Steph du Toit is – probably – off to Montpellier. No matter how many journeymen Jake White brings home to the Bulls, South African rugby is not going to have such a glossy appeal to the locals over the next couple of years without some of its most golden boys.

That’s the status quo too; given the escalation in the coronavirus crisis there over the past few days, it seems almost inconceivable that any real rugby will be played there this year. The grave financial circumstances outlined in SARU’s financial impact plan on Friday surely mean that many more will leave before the game gets going again.

Yet things are not all so rosy up north, despite the cash on offer. French teams cannot simply stuff their squads with foreign stars any more, whether they can afford to or not, as a result of their system of minimum numbers of home-grown players. In England, the review by Lord Myners over Saracens’ salary cap breaches was damning to the concept of marquee players – a concept that the current financial crisis is likely to eradicate.

Lord Myners’ report was damning to a lot of things actually, noting that the words ‘fiasco’ and ‘shambles’ cropped up frequently in the feedback from interviewed individuals that formed the basis of the report. The global health crisis has cropped up at an opportune moment for the Japanese rugby tournament: it was beset by a drug-taking scandal just as coronavirus began dominating the headlines.

🗣️ "The review follows last year’s punishment of Saracens for breaches of the salary cap and subsequent failure to provide proof of their immediate compliance to auditors." #GallagherPrem

Rugby used to be bedevilled with thuggery on the pitch, thuggery which has been cleaned up to create a game more skilful, entertaining and technical and with greater appeal to a larger audience. What happened off the pitch was rarely talked about. These days, from infighting within unions, to endless club v country debates, to the cheating of salary caps, to dysfunctional governance voting systems, to shallow financial sell-outs, rugby’s most evident thuggery is off the pitch. Everyone seems to be fighting. It’s a stressful time, to be sure, but where is the rugby spirit these days?

Over the next couple of weeks, negotiations start on the long-hoped-for global fixture calendar. The sense is very real that if these do not go well, the sport could face many years in a mire, almost exclusively of its own making.

A leader for the new era?

Back to that report by Lord Myners.

“If any club or other participant in professional club rugby seeks to use the legal definition of certain terminology to get around the clear intentions of these recommendations then they have entirely missed the point of this exercise and failed to learn the lesson of this painful episode,” read one of its paragraphs.

“For PRL to fall short of those commitments in the pursuit of narrower interests would be detrimental to its reputation and consequently to its ability to trade at the highest commercial level possible.”

“It is important that my recommendations should be viewed as a package of measures which, if taken together, will go a long way to restoring the integrity of the regulations. They should not be viewed as a menu of options from which to pick and choose.”

The recommendations were indeed good. Thorough, far-reaching, and imposing of a level of governance which ought to be the benchmark for any well-run professional sport. So good were they in fact, that we can’t help but think that someone of this ilk ought to be chairing the afore-mentioned global fixture negotiations…

Eddie Jones: Some players will come out of this terrible.

Beauden Barrett: I did all right…

For a month or so now, this column has been talking about the myriad of problems facing the game, occasionally proffering vague solutions but not really getting to much depth beyond telling everyone to stop fighting and be sensible. There’s only so much column space.

But with financial ruin, fixture pile-ups and empty stadia looming, there has never been a better time for rugby to re-invent itself. And as a website that markets itself as ‘The World’s Biggest Rugby Club’ we’re looking for our members’ opinions on how this might happen. Less international competition? A European league? The Six Nations in November? Super Rugby to be curtailed? Competitions to be organised along time-zone lines?

Send us your thoughts below in the comments section on where rugby could go from here over the next seven days; the picks will be considered and debated in next week’s Loose Pass.