Home Loose Pass Loose Pass: No harm in Quade Cooper-Marcus Smith chats and farewell to a New Zealand legend in the USA 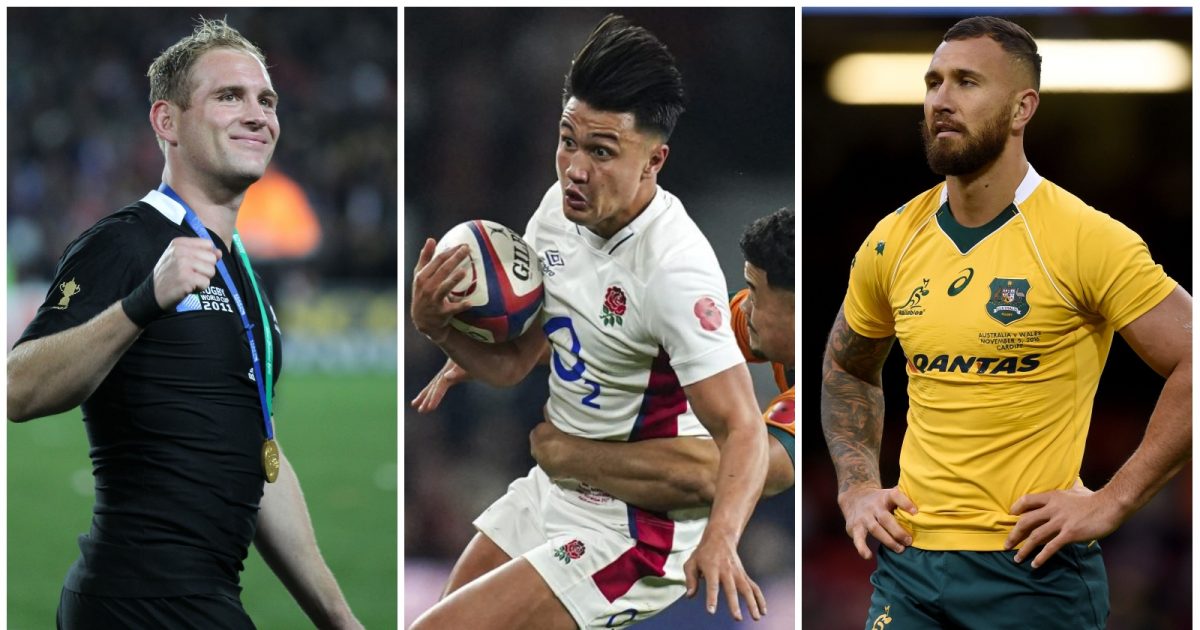 This week we will mostly be concerning ourselves with information exchange, triumphant finales and the return of the real July Tests…

Not everything needs to be a secret

It’s fair to say that the revelation that Quade Cooper and Marcus Smith occasionally swap a bit of rugby chat did not shake the earth to its foundations in the same way as, say Eddie Jones talking to, frankly, anyone not English, would have.

But Loose Pass wonders now, and especially as it did then, why it would bother anybody anyway.

Whom would it damage if, for example, Jones revealed to an opposing player that Owen Farrell preferred tackling with his right shoulder, or that Freddie Steward didn’t like receiving kicks on the left side of the pitch, or that Will Stuart had a habit of boring in under pressure?

Any of those players? If those were things Jones was not saying to their faces or at the very least during their analysis, THEN we would have a foundation-shaking problem. But given the reams and reams of anecdotal evidence that Jones tells players as it is as bluntly as is humanly possible, this is unlikely.

The most precious information a player and coach has before a game is the specifics of the game-plan heading into it, and the lines and details of the training ground moves that have been drawn up and run through. All other information is, for all intensive purposes, out there on the hours of video and experience in the heads of players who have played a bit.

For a coach to let slip to the opposition that a player had a weakness in his game would actually be that coach giving that player an ultimate test: a match situation in which the opposition might repeatedly attack that weakness. It can break a player for sure, but only if he were not good enough to recognise and respond. If he were, it will only make him better.

New Zealand’s union had recognised this for many years. Loose Pass was down there pre-covid at one of the provincial union headquarters looking for coaching and analysis ideas and was presented with reams of coaching input drawn from all of the unions in the country. Any knowledge was common knowledge almost by default, with the mindset being that the more everybody knew, the more everybody would have to improvise and innovate.

Cooper said the same when talking about his chats with Smith: “We’re all here to help each other grow, we play a sport that is a competitive sport, but at the end of the day we play the same sport,” he said. “If you’re of the mindset of you’re trying to hold things back from other people, and you’re trying to stunt someone else’s growth, that’s such a negative way to live your life.” A little overstated perhaps, but the quote did ring true and did remind us of how Jones had been so heavily criticised for his consultation roles with other clubs, mentoring other players.

It does not serve England, or any other team, to not have a coach or to have players who are constantly seeking either to improve or to build up knowledge. If that means a little fraternisation with the opposition, then so be it: nobody learns much in isolation.

A belated farewell to the game

It’s been a fractious Major League Rugby season, marred by mysterious disqualifications and plenty of internal squabbling, and the USA clearly has a long way to go.

But New York’s win over Seattle on a sweltering Saturday in Jersey also marked the end of the playing line for scrum-half Andy Ellis who, at the grand old age of 38, signed off his career with a final title win to go with his Super Rugby triumphs and World Cup winner medal.

Many a pro has headed to the USA to finish off a career, not all have made the impression that coaches, managers and paymasters might have liked. Yet Ellis has played on for a couple more seasons even after his initial spell in New York had been wrecked by the pandemic, growing with a team and contributing far more than just going through the moves on the pitch.

His emotional exit interview after the final had the interviewer professing, in true sporting melodramatic fashion, her unquantifiable love for him, but the ice bucket shower, haka and shoulder-high carry from his team-mates spoke volumes for what Ellis has helped develop there. A fitting end to a fine career.

Smith or Owen Farrell, or both, or one to finish the game that the other has started?

Can Ireland do it in New Zealand as well as at home?

How strong actually are Argentina these days?

Are James O’Connor and Cooper really going to steer Australia into the next World Cup?