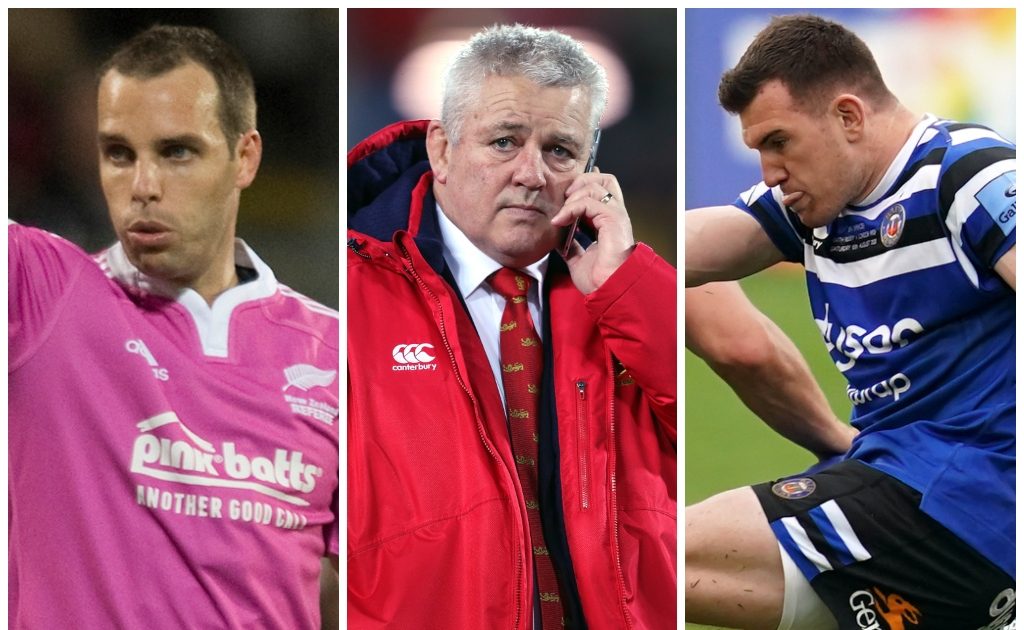 This week we will mostly be concerning ourselves with burgeoning gamesmanship, depressing squabbles, surprising advantages and positive developments…

Too much screen time

Not that it was this kind of game, but the Chiefs-Crusaders clash showed up everything that is wrong about the captain’s referral rule on Saturday.

Firstly, the Chiefs had a successful referral during the first half, caused because one Chiefs player in, chasing a kick, brushed up against a Crusaders player making a minimal movement of his jogging line, following which, said Chiefs player tumbled to the ground as if body-checked by a stubborn elephant.

‘Ooohhs’ and ‘Aaahhs’ from the crowd as the game was stopped for a couple of minutes, the stadium turning into a temple of undignified fury and righteousness, the players gathered in huddles (well actually no, most of them were watching the screen too and shaking their heads) awaiting the judgement of the most mighty.

It was barely a penalty. It was not a convincing dive by said Chiefs player and nor did said Crusaders player really do much, yet it resulted in two minutes of stoppage where we all learned little more than how to milk a penalty from a 50-50 situation.

Then in the final moments, the crowd on the edge of its collective seat, the Crusaders seeking field position for the coup de grace, the Chiefs defending with soul and sinew, and then the match-clinching turnover! A perfect steal, right in front of the referee. The Chiefs with a penalty, the crowd in rapture! That moment we all go to watch live sport for!

Ruined, because of a thoroughly futile captain’s challenge which wasted another two minutes sifting through the various camera angles, trying to make clinically sure that everything was ok, that nobody could feel wronged. Eventually there was the denouement, but by the time it had been given, the adrenaline rush of it all was gone – while the replays quickly showed how futile the referral had actually been. Scott Barrett was fishing in lifeless waters.

The creep of gamesmanship into rugby is not wished for, we all know this. Yet referring more little niggles to the video referee is only going to highlight them, and most particularly highlight the benefits that can be gained. Is that something we really want to highlight? Meanwhile, is the game-winning moment one that really needs to be analysed in-game? Do we all have to be so thoroughly correct about every single tiny thing?

The referral rule served to highlight both these aspects on Saturday in a negative way. Our suggestion would be to reduce the referral’s powers to referring only for acts of potential serious foul play, and only for decisions in the build-up to a try. There was no need, for the game and the spectators, to refer either of Saturday’s incidents and it dimmed the experience of what was a very good game of rugby.

How thoroughly depressing that we are heading into the intrigues of a Lions squad announcement wondering whether selection was made on the basis of merit or availability.

Both Warren Gatland and Rob Baxter have been at their euphemistic best this week, the former saying players won’t be picked if they can’t be at training camp for whatever reason, the latter calling that viewpoint rubbish and saying Mr. Gatland will pick who he wants, end of story.

🗣️ "I don’t know why everything has to come down to dollar signs."

🦁 The debate continues between Warren Gatland and the #GallagherPrem. 👇 https://t.co/giyBYHpcxE

Both points of view are clearly correct; what is really disappointing is that either feels he has to make the point in the first place. Once again, Premier Rugby and its member clubs dredge up a ludicrous piece of regulation and end up commoditising their players’ aspirations by pointing out that those players whose club seasons are over through competitive elimination are not yet over through contractual timescale obligation. Or in other words, even though they have no Premiership games to play, they can’t go and train with the Lions.

Mr. Gatland is quite justified in saying that those players unavailable for training camp will be at a disadvantage should it come to a close selection call. A coach wants his players training. And he has already pointed out quite reasonably that players involved in the Premiership play-offs are exempt from that thinking; after all, they have actual matches to play.

But for the Premiership to hold back the players whose season is over? Come on. This the Lions, the apogee of a British and Irish player’s career. Injuries are insured against. Are we really so far down Commodity Road that a player needs to be rented out so he can fulfil one of his ultimate dreams?

A picture paints a thousand words

A peculiar refereeing decision on Sunday: Bath, whose scrum had been obliterated all game and was a near-permanent source of penalties for Leicester, are trying hard to play out the final 40 seconds with a one-point lead. Tigers knock the ball on and Bath get it back with a scrum advantage, and now need only three or four phases of possession before being able to kick it out and claim the win.

And then referee Luke Pearce blows and gives Bath the scrum anyway? Ben Spencer’s face was magnificent, as was his repeated question, which is unprintable here but began with ‘what the’ and ended with ‘do we want a scrum for?’

There’s little to add here, except to say we can’t give a good answer to Mr. Spencer’s question, while the mildly guilty and amused chuckle on the face of Mr. Pearce suggested he couldn’t either. It should probably come as no surprise to hear that the subsequent feed at the scrum almost ended up in the members’ bar behind the Bath goalposts.

A warm welcome to the Fijian Drua and Moana Pasifika to Super Rugby. This column has long been a champion of the Pacific islands’ cause, so well-led by Dan Leo, and this development is the most encouraging sign yet that World Rugby has begun listening and being pro-active with its support.

That it should happen with two seasons to run before a World Cup is equally encouraging: assuming the franchises are a success, the three Pacific teams will be more worth watching at France 2023 than ever.