Home News Loose Pass: Issues in the north and south 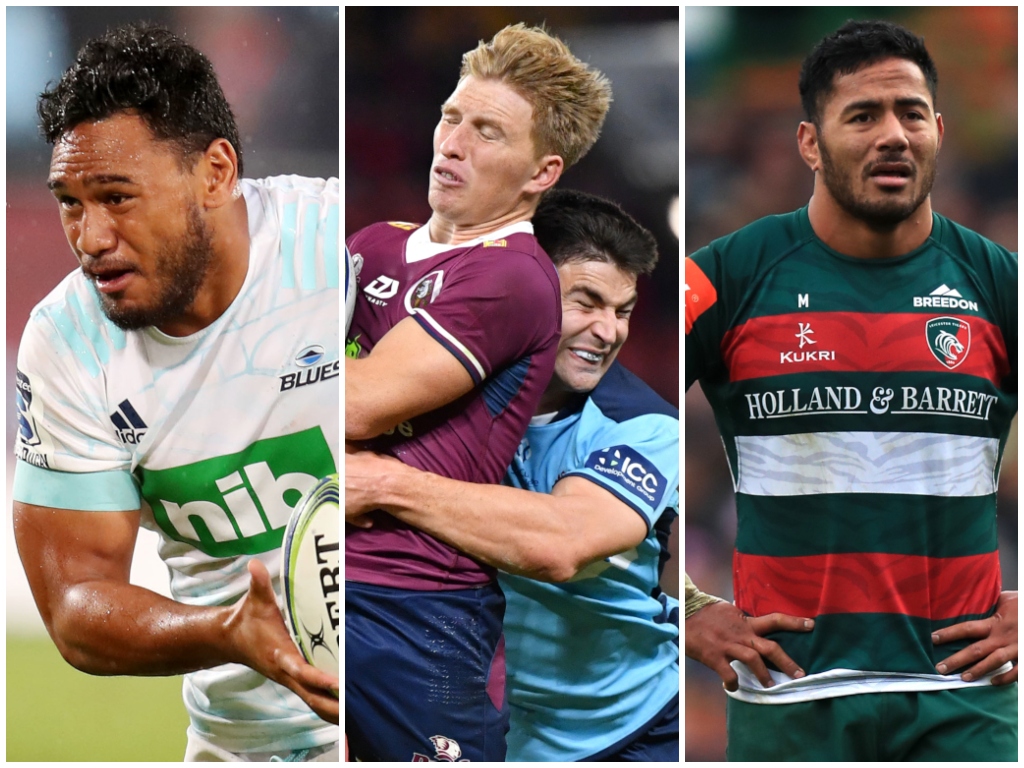 An experienced, but casual, observer of the game in New Zealand was unfortunate enough to find Loose Pass on the other end of his Zoom connection this week, but he wasted no time in waxing lyrical about Super Rugby Aotearoa at the slightest of pushing. “It’s been bloody good,” was his opening phrase, and the rest of the two-minute soliloquy rarely deviated from that carefully-worded leitmotif.

When asked in follow-up whether he had seen the Australian weekend as well, the answer was just as succinct: “I’ve not got the time to watch that crap,” he responded, and then returned to talking about the Blues.

Elements of national bias naturally are there, but Loose Pass did think it prudent to ask an Australian the same question about the New Zealand tournament (after he had been unequivocally critical of the Australian opening weekend). “Yeah, I watched it,” he replied. “Just makes you frustrated though. I see some of their play and wonder how we will ever catch up.” The gap continues to widen, and rule changes are not the answer.

One answer would be obviously by playing in the same league, but next year’s Super Rugby is not guaranteed to be international for either country in the age of corona. The relative success of the current format in New Zealand has led the NZRU to consider keeping it domestic, albeit with two or three extra teams. Evidently, five teams alone is not sustainable. But it is clear that New Zealand might like Australia in the competition, yet might not need Australia in the competition.

This is Super Rugby’s Play of the Week?!?! No wonder ppl have lost interest.
Did the person who runs this account not see the Brumbies try off the lineout, or Jack Maddocks’ try against QLD, or even Tate “Tap” McDermott’s quick thinking and moving for a five pointer?!?! C’mon https://t.co/ZQkaFs6kun

Two things would quickly happen after that: Australia would naturally lose its best players to Europe and Japan, while the ARU would have little choice but to plough resources into premier club competitions in New South Wales and Queensland, hardly the right basis for the national team to develop.

The other choice would be to jump in with mining magnate Andre Forrest’s Global Rapid Rugby, which would include teams from the Pacific Islands and Asia. It’s not really been an option forced into consideration until now but, if New Zealand were to go it alone, Australia could do a lot worse than throw their best players into the challenge of playing the Pacific Islands’ finest domestic players.

While corona rages, with South Africa and Argentina practically cut off and with finances everywhere parlous, the demarcations and foundations continue to be rethought. Rugby as we know it will look very different on the other side.

Loose Pass has long been cynical about the salami-tactic consumption of European rugby by CVC, but the longer the corona crisis drags on, the more it looks like the only way for the game in Europe to survive.

The WRU is reckoning with a GBP50m loss this year. The RFU has already announced a likely loss of double that. The IRFU is apparently months away from being bankrupt. October’s and November’s Tests are still unconfirmed – and would they even generate enough money or be played in full arenas? The cash from CVC would bridge these gaps.

🗣️ "We need to maintain our organisation for the long term."

The biggest topic of debate for the CVC deal with the Six Nations is the likelihood that coverage would move behind a paywall. It’s not just the potential alienation of existing fans, it’s the erection of a significant barrier to entry for new fans.

The Six Nations does more than many other tournaments to attract new people to the game so, while the CVC cash might make it all worth it for the unions in the short term, the loss of many possible new fans and players is almost impossible to quantify. But the long-term effect cannot be positive.

And so there, really, lies the compromise which many rugby fans might end up demanding: tangible and meaningful investment of the CVC cash by the unions in initiatives that generate the same sort of interest as several million fans watching some tense finales between international teams on a Saturday afternoon. It’s probably fair to say that the RFU is not moving in the right direction on this, giving corporate contract tickets out before ordinary fan tickets this October. But time will tell.

CVC’s money, if it comes, will provide a reasonable stab at an instant fix of European rugby’s problems. It will be up to the unions to decide if they can maintain the fix in spite of the conditions forced upon them.

Bear market is no place for some Tigers

It is not a market for players any more. For so long, the only obstacles to top players being able to more or less dictate their terms have been salary caps and national team careers. This is not the case now.

🏴󠁧󠁢󠁥󠁮󠁧󠁿 There will be several options open to the England centre.

Manu Tuilagi will have his detractors over how he handled his contract situation with Leicester, but cuts hit market-leading players harder at the end of their careers. As Courtenay Lawes said this week: “Your career lasts only a certain time and you make your money while you can.”

Tuilagi is at the stage where a payday is starting to become a priority rather than just a focus on the next World Cup. He can justify his decision to hold out and leave on that basis – although the rumoured decision to claim compensation would cross the line of selfishness.

Yet other soundbites this week from players who have stayed put in other places have been a little damning to clubs who have seen players exiting. Happiness has been oft-cited as a major persuasive factor in players staying where they are despite their perspectives being similar to Tuilagi’s. Lawes was one.

Meanwhile, goings-on at Beziers, which was taken over by an Emirati billionaire last week and linked with both Lawes and Dan Biggar, or the constant stream of departures to Japan, are a reminder that paydays are on offer for those who would need or want them.

Players exiting at the moment still smacks of unhappiness more than financial strife.