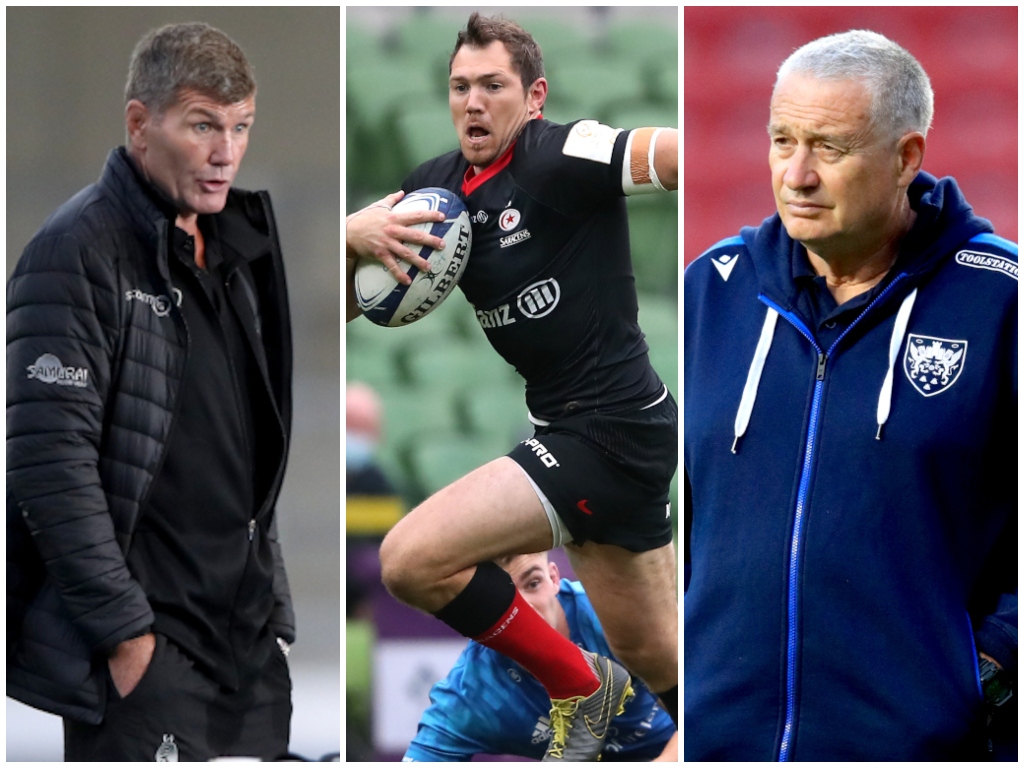 This week we will mostly be concerning ourselves with finals rugby, missing emotion and a mildly pot/kettle moment…

Well, well, well. Having looked and looked, we just couldn’t see it coming. Saracens, shorn of eleven players since their last European match, away at Leinster, undefeated since the last time these two met in May 2019 in Newcastle, when the same piece of silverware was being played for.

Even with a close game, we reckoned, the bench would tell. But what we did not reckon with – perhaps what we had forgotten to bear in mind – was Saracens’ penchant for immaculate finals rugby.

There have not been many showpiece finals in recent years which lived long in the memory for actual thrills. Quality has consistently improved to the point where last year’s World Cup final (how long ago does that feel?) was riveting, fascinating, compelling… but thrilling?

Thrilling is usually confined to earlier rounds and the occasional knockout game. Even the All Blacks in their pomp settle down to the grim business of winning in major tournaments. A zero-sum finale is all about bottom-line domination, not about creating value for external stakeholders.

It’s what Saracens have historically done so, so well, and on Saturday it was all on show again. The kicks went high, the chasers chased and smashed, the defence aligned and rushed. Every single forward had a double-figure tackle count: an immense statistic. The win was founded on only 37 per cent possession, but when the bulk of the other 63 per cent is a long, long way from your tryline, that’s all you need.

To be able to play at pace, you need space. Saracens’ stranglehold was such that Leinster barely had air to breathe, never mind space to move. Saracens did just as South Africa did in November, just as many a victorious finalist has done before them: play the ball in the other team’s half, make the tackles and take all the points on offer. This is not a wheel that will be re-invented any time soon.

While the lawmakers twist and fiddle and define and redefine rucks and entry angles and momentum passes and what-not, Saracens’ victory on Sunday was a reminder that finals rugby, winning finals rugby, always looks the same.

Leinster have historically commanded some of the finest, most vocal support known to rugby folklore, so it was difficult not to feel on Saturday, particularly as they threatened to fight back but fell flat, that this was one of the percentage points’ difference between winning and losing.

50,000 empty seats greeted the teams, the large portion of which should have been filled with baying Dubliners. It wasn’t even like being on neutral ground, at least both sets of fans would have been shouting there.

Saracens have long proven to be a team that can keep its head and play belligerent rugby under any conditions. Leinster, with more passionate and vocal support, lost more to the corona restrictions than Saracens did. They need their waves of noise and emotional fire that only thousands of howling fans can provide.

Saracens will now play Racing in an eerie La Defense arena, while Toulouse or Exeter would await thereafter. All three, and particularly the latter two, are renowned for their broiling home atmospheres. For all who face Sarries now, the challenge is to overcome the missing noise as well as the iron grip of Saracens’ game.

Just going back a few weeks to when the Premiership finish to last season was announced, replete with ludicrously-stuffed fixture schedule, one of the more vocal critics was Exeter director of rugby Rob Baxter.

His words: “…there has to be an element of club management allowed. Too many hard and fast rules and clubs will always be asking for exceptional circumstances.

“It doesn’t take a genius to work out that if you have injuries in a couple of specialist positions any planning about maximum minutes or games can go right out of the window. You’ll be spending every waking minute asking for exceptional circumstances for players to play.”

Fast forward to the build-up to the European Cup quarter-final where Northampton are preparing to field a teenage number eight convert at loosehead prop against Exeter and Northampton boss Chris Boyd warns that should Exeter’s stacked front-row destroy said newbie, uncontested scrums would be likely.

“We made it clear to Northampton when they contacted us that we would support them in their attempt to register an extra player and we did that,” said Baxter. “I think some of it is mind games, if I am honest, and a scenario that potentially isn’t there.”

Exeter did back the Saints, but our take is that it’s somewhat disingenuous to suggest that Boyd was playing mind games. Boyd wanted to make sure he got the exceptional circumstance loan player he wanted, also making a pretty reasonable point that safety would be paramount, and that if either of the emergency props looked out of his depth they’d be hooked. Mind games? There’s enough on people’s minds at the moment.