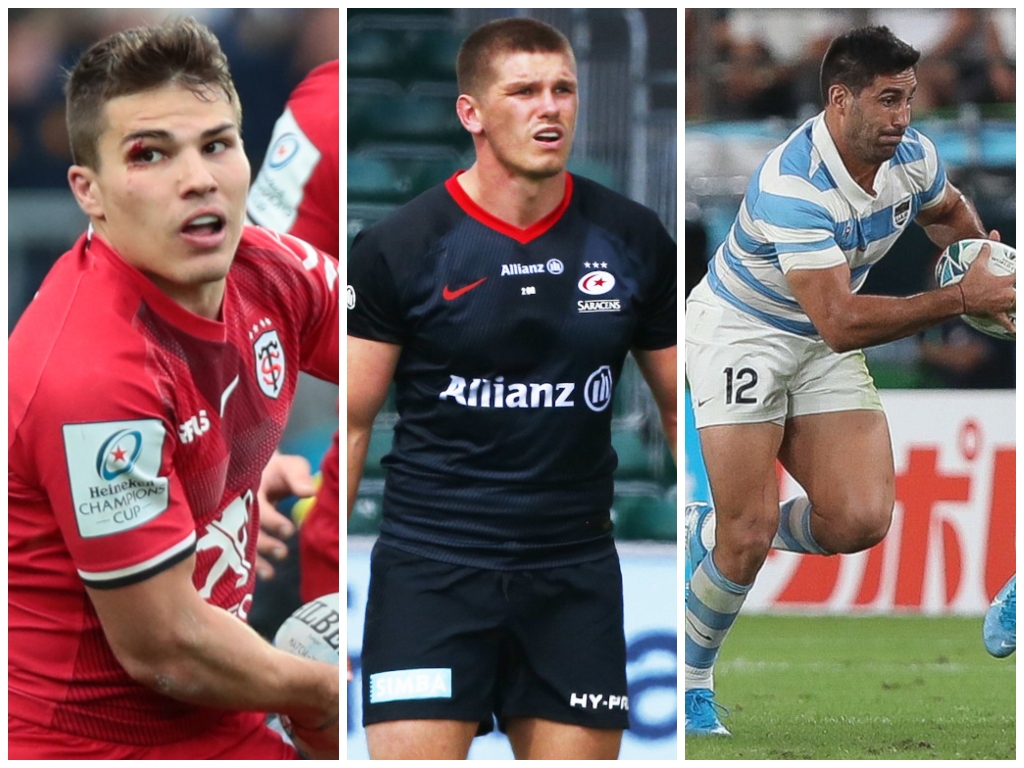 This week we will mostly be concerning ourselves with England’s disciplinary, France’s restart, Argentina’s crisis and Europe’s dog’s dinner…

Because Saracens and England needed more headaches. Owen Farrell’s suspect tackling technique has fallen foul of officiating once again, meaning Saracens will be missing their fly-half for the only game the club has openly cared about since their relegation: the European quarter-final against Leinster in twelve days’ time. It also leaves England potentially without their captain for at least part of the October/November series.

How that pans out will be interesting. England’s disciplinary beaks have historically made an uncomfortable habit of finding generous dollops of mitigation and benevolent interpretations of disciplinary guidelines to ensure that key players are available for the national team or showpiece club games in the nick of time.

A similar occurrence this time will do very little for rugby’s image this time, given the focus on dangerous contact with heads and Farrell’s long list of previous. And while there is an element of mitigation in Charlie Atkinson’s ducking into the tackle, there is zero mitigation considering the amount of time Farrell had to get into a proper tackling position.

A high-end action of this sort – and given the sickening contact between the swinging arm and Atkinson’s head it’s tough not to see it any other way – carries an entry point of a ten-week ban on the disciplinary scale. This could be reduced to five weeks by mitigation and other such things, but Farrell’s previous will also be taken into account.

The European quarter-final is gone for Farrell, and England play the Barbarians seven weeks after Farrell’s tackle. An eight-week ban means he misses the Italy game too. Should Saracens beat Leinster, the semi-final is three weeks after the tackle, the final would be six weeks. Given all of the above, it’s conceivable that Farrell could be available for the final, but it would raise eyebrows.

In that regard, perhaps England are fortunate that this has happened now; the Barbarians is hardly a meaningful fixture any more and England will not miss Farrell against Italy as they would have against, say, Ireland. A long ban will not actually have the impact it could have done.

Which is to bring us to the point here: this would actually be a very good time for the disciplinary to throw the book. Rugby has not emerged all that well from the coronavirus crisis and the ongoing struggles with danger, especially with high tackles and head contacts, have not gone away.

If a high-end action by a serial offender is not punished with at least the entry-point ban, it will be difficult to avoid the notion that the disciplinary has once again been lax in enforcing its own codes to the benefit of a high-profile player. We await the hearing with interest.

‘Craziness!’ was the headline of France’s Midi-Olympique rugby paper on Monday, in the wake of Clermont’s epic victory over Toulouse on Sunday night.

For the record: Clermont led 23-5 at half-time, already a man to the good after a red card to Joe Tekori. Ten minutes into the second half, that became two men to the good as Richie Arnold followed Tekori down the tunnel – Camille Lopez made it 26-12 at that point with the ensuing penalty.

The 13 men of Toulouse promptly racked up 18 unanswered points to take the lead, before George Moala’s try gave Clermont the win. The home side, two weeks out from its European Cup final, was booed by its own fans. It was quite a night.

🔥 Start the week off with this belter from Toulouse! #Top14 pic.twitter.com/rhVvfr86eb

One of Clermont’s players, Arthur Iturria, had promised ‘freshness and appetite’ in the Top 14 after the long break, but the general opinion of the weekend’s action was pretty lukewarm.

Midi-Olympique’s take was that the stuttery preparations, cancelled friendlies and all, plus the current acceleration of cases in France and among the teams, weighed heavily on the games, concluding that ‘after two months of watching Super Rugby New Zealand, comparing this was not flattering.’

Amateur rugby is set to kick off in the country this weekend coming, among much acrimony surrounding whether it really can. It’s going to be a messy season.

Just as all was going so well, Argentina’s rugby could be set back years. With the Jaguares more or less no more, players now seeking contracts in Europe again, professional rugby in Argentina had already taken some body blows.

But with six cases now confirmed among the Pumas’ playing stocks, the chances of the team getting to New Zealand for the Rugby Championship look pretty bleak. How far that will actually set the union back is unknown, but to not play a single game in 2020 will not do rugby in the country any good at all.

By the looks of things, there will be no Super Rugby slot for the Jaguares next season either because of travel restrictions and financial reasons. Cumulatively, this will leave Argentina’s status as a tier one nation imperilled.

Of all the things the coronavirus crisis has cost us, losing Argentina, if it were to happen, would be the most painful blow.

Anyone else managed to get their head round the new European format? No, we haven’t either. Surely there’s a better way than that.