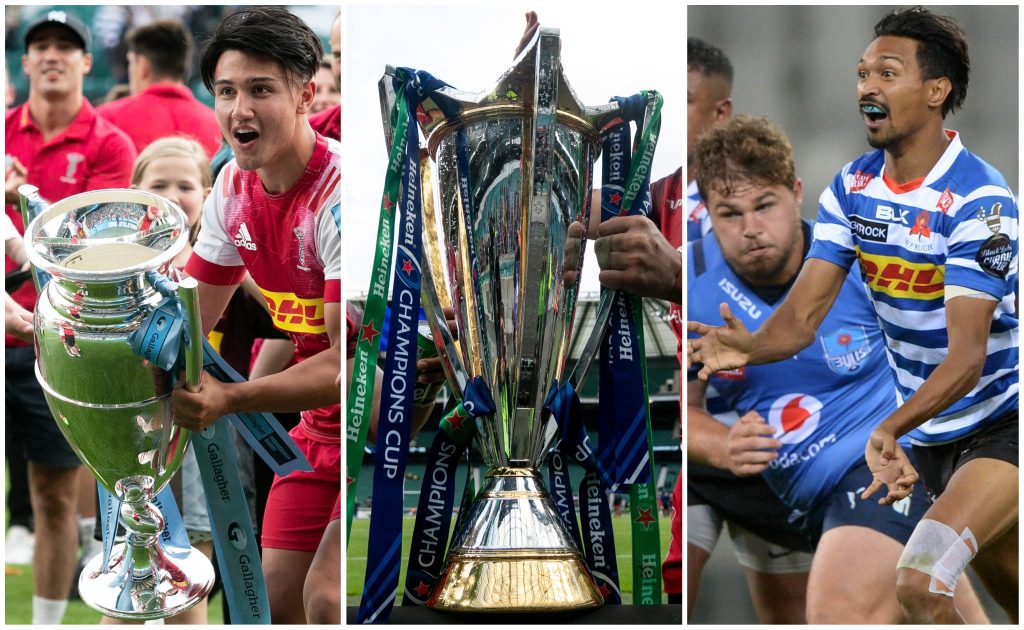 This week we will mostly be concerning ourselves with the joys of free-to-air, Europe’s Tri-Nations and the drop-off in tradition in South Africa…

Rugby’s most numerous stakeholders in the UK, us armchair judges, were dealt a rare treat in this most challenging of times this week, with the news that this year’s Premiership Final will be broadcast live on free-to-air TV.

In an era of precipitous drops in participation – a result of both the pandemic and some quite well-founded fears of concussion and other lingering injuries – rugby has badly needed a better, bigger shop window than that it is usually afforded. BT Sport and Sky do good jobs but play to such limited audiences that it’s almost a shame their good efforts are so frequently drowned out by the soccer.

Meanwhile, with the Six Nations now disappeared behind a paywall, albeit a more easily accessible one than most of the rest of rugby, it seemed the era of free-to-air rugby, the family generations and friends gathering on Six Nations weekends to watch at someone’s place (because so many of the pubs were dominated by Jeff Stelling) was over.

🗣️ "Our ambition is to grow the game and make the Premiership available to as many people as possible."

Which, as this column has often lamented down the years, would be a terrible shame. Your correspondent’s own first rugby memory of any kind came on Dad’s knee when Wales were playing Scotland; most of the motivating images involved in my taking up the game in the first place were of Six Nations games.

The sheer avalanche of anecdotal evidence among my peers suggests I am not alone in this sort of memory. What could happen to the players of tomorrow if the game’s most impressive tournament is suddenly locked away?

Perhaps we’ll see. But in the meantime, the Premiership has come on in leaps and bounds this season and last, with the quality of rugby improving all the time. The final last year was one of the great rugby days – the semi-finals weren’t half bad either. It is now available to all, which is only good for the game.

Where are the others?

There are some mouthwatering ties in the last 16 of the Champions Cup to look forward to – Exeter v Munster anyone? – but the round is also marked by the absence of both Welsh and Scottish teams.

Glasgow beat Exeter but found the going a little tough against both they and last year’s beaten finalists La Rochelle. The Welsh teams – who had a rough start admittedly – could only muster one win and one draw between them: Cardiff’s controversial walkover of Toulouse and the Scarlets’ unplayed 0-0 draw with Bordeaux. Some of the defeats have been far too comprehensive.

Granted the format has been just plain weird at times and the effects of Covid on Welsh teams is well-known, but even allowing for the mitigation, the defeats suffered by the Ospreys and Scarlets the past two weekends especially have been a little too comprehensive for comfort.

In both countries, the financial hit to provincial/franchise rugby has been so severe that it threatens to put the development of the game far, far behind the level of the nearer, richer neighbours, risking a vicious circle of poor comparative performance and lowered enthusiasm. The problem looks, from the outside, to be particularly ominous in Wales, where even in the United Rugby Championship (URC) the teams are not threatening the upper echelons.

A genuine solution to the problem will not become apparent or workable until this awful pandemic is over, while the plight of the teams is clearly linked to a simple lack of resources below international level. But while those in England and France may bemoan the cuts in salary caps and such, it would perhaps bestow upon them a little perspective were they to look at what is happening to the neighbours.

If ever there was an example of how much the rugby landscape has changed over the past two decades, it is the Currie Cup.

Once bitterly fought for by the pride of South Africa, a taut and powerful tournament from start to finish scrapped over by the provinces, it is now a midweek affair played for by reserve and academy teams.

If the rows of empty seats are currently the result of the pandemic, it’s a little difficult to shake the notion that even if the world was hale and hearty there wouldn’t be many there to see its current incarnation.