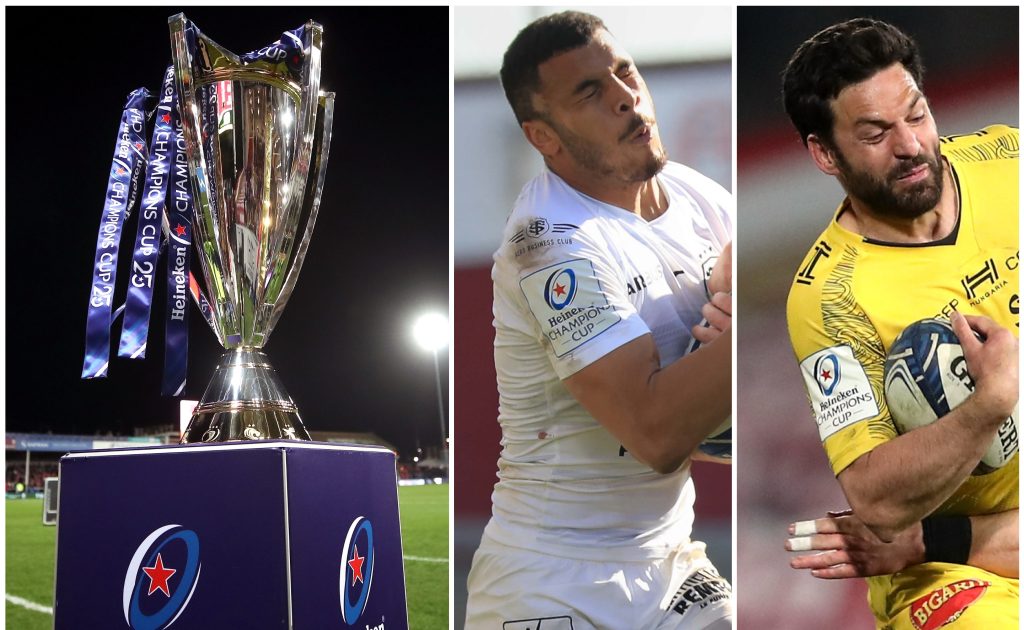 This week we will mostly be concerning ourselves with tournament formats, individual praise, notes on law enforcement and an overdue mention…

A belting weekend of European rugby lies behind us. If one or two games ended up disappointingly one-sided, at least you couldn’t level the accusation of any of it looking meaningless.

An accusation easily let loose at the upcoming Friday game between the Rebels and Force, for example, or indeed any number of European dead rubbers there have been in pool matches down the years.

In a league system, it is close to impossible not to get a few dead rubbers towards the end, but Europe’s leagues are frequently clouded further by the unavailability of international players for at least a quarter of the season.

The playoff systems address this and give a fun climax, but that bugbear of over-crowded calendars and tug-of-war player availability problems will not go away soon – not until 2023 at the earliest.

Yet the weekend’s action did hint at one possible solution: could we just make Europe a simple knockout competition? There was something very enjoyable about not needing to work out permutations and about the finality of the results on the day. There is also something eminently palatable about looking forward to which draws might come out of the hat for European weekends.

There are 40 teams from France, England and the PRO14. An eight-game playoff in the early season to bring that down to 32, and then a simple knockout format from there: five weeks of action in all, with those eliminated enjoying a well-earned weekend of rest and the ability to focus on domestic competition, or perhaps playing further rounds to determine placings in the same way as Sevens tournaments do.

Either way, that’s four weekends fewer for the calendar to accommodate, which can only be a good thing – if nothing else, it might help return a little more integrity to the domestic leagues, which are of course, the tool used for European qualification.

Toulouse at their blistering best as Matthis Lebel leaves his defender in the dust before feeding Antoine Dupont!

Wait for the slow-mo, that is just rude 🔥#HeinekenChampionsCup pic.twitter.com/4ZHjDB9WnQ

There were plenty of fine performances over the weekend, but two in particular caught the eye. Toulouse appear to have unearthed another back-line gem in wing Matthis Lebel, who cannot now be far from the national team.

Meanwhile, rolling back the years a bit, La Rochelle flanker Kevin Gourdon showed what can be achieved by a flanker with real pace and skill, rather than just fetching and physicality. Not that France are short of back-rows at the moment, but there could still be time for the 31-year-old, who was ditched by Jacques Brunel in 2018, to earn his place back in the French squad.

Another mixed bag of refereeing improvements and irritating ploys not being whistled this weekend.

Most notably there was a definite uptick in the number of times players were penalised for not standing still while still in front of the kicker/person chasing the kick to play everyone onside. In the games where the referees were sharp on it, it clearly resulted in kick-receivers having just a jot more time and space to plan their counter-attacks and created a better game. So props to the officials here.

But still there seems to be a steadfast refusal to penalise ball-carriers at the back of a maul detaching and re-attaching to allow another pusher to pile into the maul in front of them, something rendering mauls ever-more unstoppable. This is clearly obstruction, and needs to be clamped down upon hard as it is making the concept of the skillful maul farcical.

And then there was Exeter’s kicker, unashamedly using up his 90 seconds for a kick in front of the posts, this despite his team being ahead by more than 20 points and with only five minutes or so to go. It’s not the first time that this has happened – although hitherto it was mostly in France – but it is such antithesis to all attempts to make the game quicker and less cynical.

Couldn’t we just stop the match clock for any kick at goal, as well as giving players just 60 seconds to kick? If we want to stop dead time, we need to stop giving players the opportunity to kill it.

Finally, keeping on the theme of the Exeter-Lyon game, there was a certain sympathy for Xavier Chiocci, penalized for pulling the hair of Alec Hepburn.

He shouldn’t have done it. But with one of Hepburn’s inordinately strong hands clamped behind Chiocci’s head and Hepburn’s forehead pressing down on Chiocci’s as well, how else is he supposed to free himself? A punch? A headbutt? A passionate kiss? Sometimes, the aggressor needs punishing too.

🏴󠁧󠁢󠁥󠁮󠁧󠁿🇫🇷 Exeter and Racing lead the way after their impressive wins.

Now added to that list, which features players to have amassed more than 1,000 points in Test rugby, is the first ever tier two international, Romania’s Florin Vlaicu. The 33-year-old full-back, who has amassed 124 Test caps over the last 15 years, notched points numbers 999, 1000 and 1001 with as simple a penalty as you could wish for in last week’s narrow win over Portugal, adding a few others later in the game as well.

A hearty congratulations to the 124-Test veteran on a remarkable achievement.