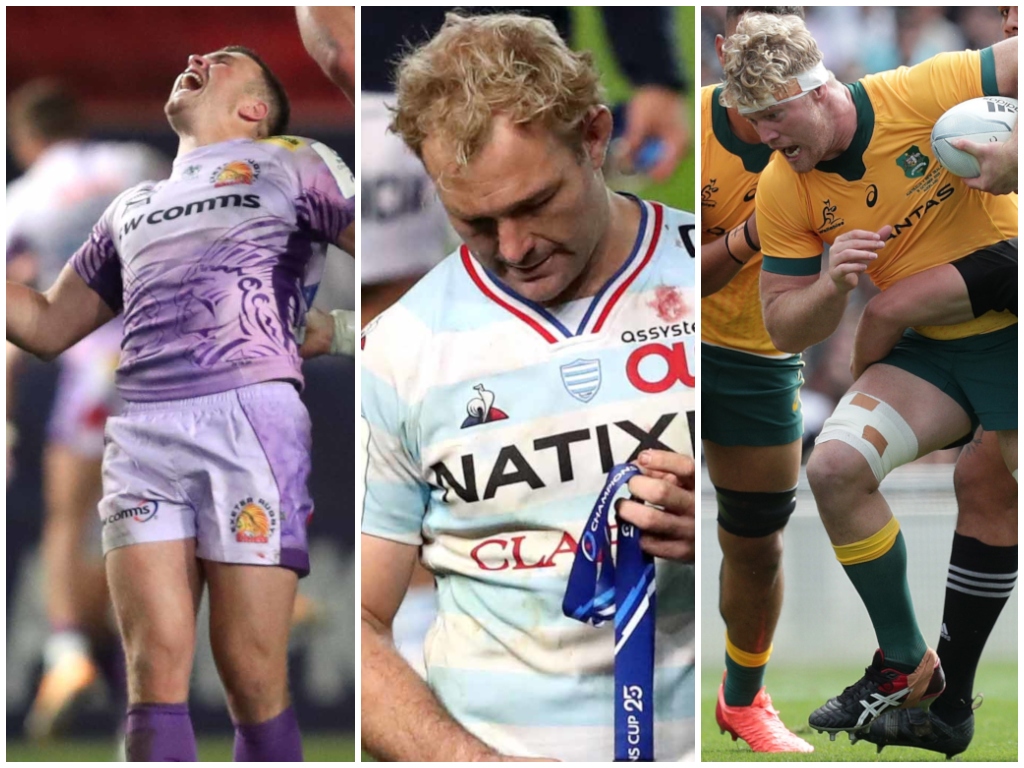 This week we will mostly be concerning ourselves with Champions Cup final defining moments, a new scourge that needs nipping in the bud and Australia’s let-down…

The rise of Exeter is complete. From the night in Bristol a decade ago where they finally secured promotion to the Premiership, to the night in Bristol where they ascended to the pinnacle of Europe, there’s been little else on display other than hard work, loyalty, astuteness of vision and togetherness. In many ways, the Chiefs are everything Saracens purported to be, without the asterisk denoting the salary cap breaches. In an age where much of rugby is losing its tradition and identity, here we have a club determined to show that tradition and identity still belong. It’s a great story.

Champions always need luck, and boy did Exeter ride their luck at times on Saturday. Five minutes from time, all Antonie Claassen had to do was reach out his ball-carrying arm or even just hit the ground and bounce over the line. He didn’t. At the ensuing ruck, Sam Hidalgo-Clyne went truffle-hunting for the ball with his spine pointing the direction from the goalpost to the corner flag. How he won the penalty is mystifying.

Equally mystifying was the decision by Racing not to go for the posts when Tomas Francis was sent to the bin with eight minutes to go. One point down in a final, one of the world’s better kickers in your ranks, the decision ought to have been a no-brainer. Certainly when Exeter were presented with the opportunity in the final minute, there was little hesitation, clock disagreements or not.

There’s been talk about finals rugby in this column before, and there was no clearer marker of what it was about than the differences in tactics between the two teams. Exeter were clinical with the chances they were offered. Racing, who probably played the better rugby, could have won without needing to take the risks they did, yet the abandon with which they started the game allowed Exeter far too much opportunity.

You just can't telegraph a pass around Jack Nowell 👊

The @ExeterChiefs winger pounces on a risky Finn Russell pass and puts Henry Slade in under the posts! pic.twitter.com/D0MiZ6dwFb

Finally, a mildly throwaway comment by someone who watched the game alongside this writer created a good deal of thought. “These are old-school rucks,” he said. “They’re off their feet all the time, cleanouts are downwards, you’re ending up with a big pile of bodies… you’d just be hearing whistles with the new refs.”

None of this is to suggest that Nigel Owens had a particularly bad day, but thinking about some of the action of the past few weeks: this is probably an astute observation. The piles of bodies referred to don’t seem to mount up when the likes of Luke Pearce or Christophe Ridley are officiating, for example. The new laws – or more importantly, the enforcement of the existing laws – were announced a year ago, but old habits might be dying hard with officials as well as players.

Now we’ve dealt with the high ones…

The same observer also was irritated by a few tackles early in the game, one of which was penalised, but the others not.

The ‘chop tackle’, going lower than the knees and either turning your back so the oncoming player trips over you or failing to wrap the arms, is, certainly in Europe, becoming more and more of a thing. It’s not good to see.

Admittedly it is effective, against picks and goes especially where the height of the ball-carrying player’s torso leaves little room for manoeuvre, but – and despite a lack of actual frequent occurrence of injury thus far – it looks dangerous, as well as creating a real dog’s dinner of a ruck. A wrap-less missile-like lunge towards the knee, or a roly-poly into someone’s lower leg as he moves forward is not the sort of tackle technique that the game ought to be allowing. As with last week, we pose the question: does someone have to be seriously hurt before the element of danger is looked at?

There’s danger in all elements of rugby, but this is a tiny element of unnecessary danger that could easily be eliminated.

The importance of tackling

Still, any kind of tackle would be welcomed in Australia at the moment. Not really as much separated the teams in Auckland as might be construed from the 27-7 scoreline, but the way some of New Zealand’s players broke the line at will was staggering at times.

The Wallabies missed more than a quarter of their attempted tackles, while New Zealand, who also had more tackles to make as they sat back and soaked up Australia’s attempted fightback, missed 14 per cent – in itself not that great.

“Selection can sometimes fix that,” said coach Dave Rennie. There’s going to be some sweaty palms in Australia’s squad this week.