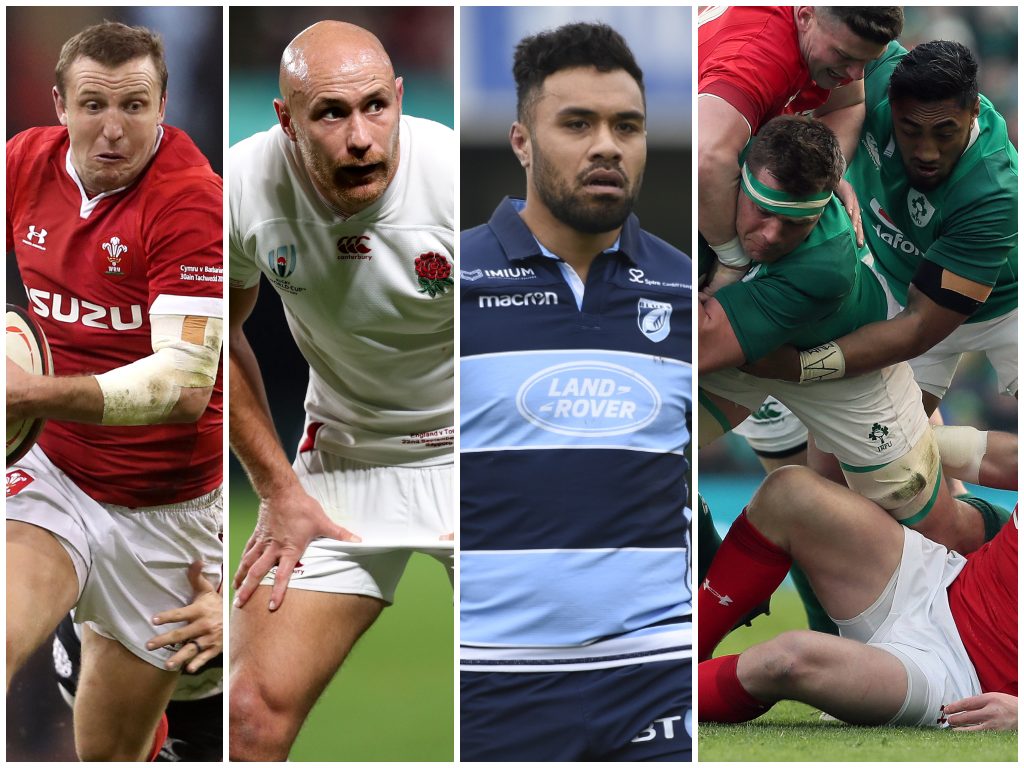 This week we will mostly be talking about the eligibility problem…

It’s fair to say that not all of Wayne Pivac’s initial decisions have been met with widespread approval. The placement of Josh Adams to outside centre for the final minutes of the win over the Barbarians Saturday has been looked at with critical appreciation for its possibilities. The width of the Welsh attack was nodded at with satisfied expressions. The extra time afforded to Tomos Williams was thumbed-up.

But not the selections of Johnny McNicholl or Willis Halaholo. Unified appreciation was not evident there at all. Former international Adrian Hadley called it ‘nonsense’. Gavin Henson tweeted his displeasure. And Halaholo, in a week when his international aspirations were realised by selection and then crushed by injury within a matter of days, went through the agony of that season-ending injury with a series of tweets pushing back against a number of – in some cases abhorrently spiteful – people bemoaning his lack of Welshness.

There is a huge history of non-nationals playing for adopted countries. It goes back to the nineteenth century. It’s always been controversial, up to the point, of course, when it starts spawning success. Those criticising Pivac’s new recruits are somewhat conveniently forgetting how integral Hadleigh Parkes has been in Welsh rugby’s recent run.

The arguments are obvious and are ones we’ve made before, most recently when Jean Kleyn displaced Devin Toner from the Ireland squad. Administratively it’s choosing short-term success against long-term development. On the field it’s superior quality against passion, mercenary clinicality against foot soldier valour.

Not that all four of those qualities are not inherent to most players, but these are the black and white arguments that ensue when someone like Bundee Aki hops on a plane and flies to a place he had never heard of before Connacht came knocking, lives there for three years, and then is afforded the game’s highest national honour ahead of a kid from Tipperary who has wanted and worked for that honour his entire life. As Danny Care, jettisoned for New Zealand-born Willi Heinz (but had an English grandmother) said, “I was pushed out by someone from another country. It really hurts.”

As one writer once pointed out, had the Scarlets chipped up 75k more when the services of CJ Stander were being hawked around, he might have been Welsh. And would we have even seen Justin Tipuric or Dan Lydiate, or even Taulupe Faletau so regularly in the red shirt then?

Those people who place the players in the firing line for this are wrong. A player moves, adheres to the rules, finds himself both eligible and good enough and finds himself picked. Players in this system do nothing more than advance their careers and take opportunities given to them.

Wales coach Wayne Pivac and Barbarians coach Warren Gatland have had their say on Willis Halaholo and the Cardiff Blues centre's reaction to his critics.

But the system is deeply flawed, and the new rule for residency of five years instead of three will not change it much, not when unions and teams have resources to bring players from abroad so much more easily. Nationality is becoming a commodity, which cannot be something we wish for. And while at the top level the self-policing will keep it within boundaries, at levels below it is becoming a joke. Spain, Romania and Belgium, if you remember, were all turfed out of this World Cup qualifying for fielding dodgy ineligible foreign players. Germany, who benefitted enormously from those disqualifications, were better in making sure their players at least had German ancestry, but neither was their team in any way a representation of the German rugby community.

Qualification on the basis of a grandparent is, to our mind, iffy, but at least there’s a connection. A parent much less iffy. Your correspondent was born in England to a Welsh father; there was simply no question for whom I would have tried to play had I been lucky enough to get the choice. But I also lived in South Africa for nearly a decade, something which did not make me South African in the slightest. Yet I was eligible.

Our view is that a player only be allowed to play for a country if he holds that country’s passport. In your correspondent’s case currently, that would mean eight years of residency, a language test and a citizen test of cultural and political knowledge. It might still be controversial to the purists, but the willingness to accept a full personal status change reaching into all aspects of life would be a suitable benchmark for even the most ardent purist to consider.

Agustín Pichot, when campaigning for the extension of the three-year residency rule to five, said: “I think it is very important to keep the identity of our national teams. When I see people not singing the national anthem, it confuses me a little bit. I do not think players representing a country they have not lived in for long is right.”

But while those from tier two nations and below can enhance their rugby career and increase their earning power by relocating and representing, things are not going to change – and while professional clubs hold sway over their players and the international windows below tier one are not co-ordinated to the World Rugby calendar, lower-tier nations especially are going to lose out. Poland were recently eviscerated at home by Germany, with their coach lamenting the lack of availability of the Polish players playing in France (the same problem applies, to a much lesser extent, to Germany).

But leave the players alone. They are doing their job. Change the system that causes the problem.