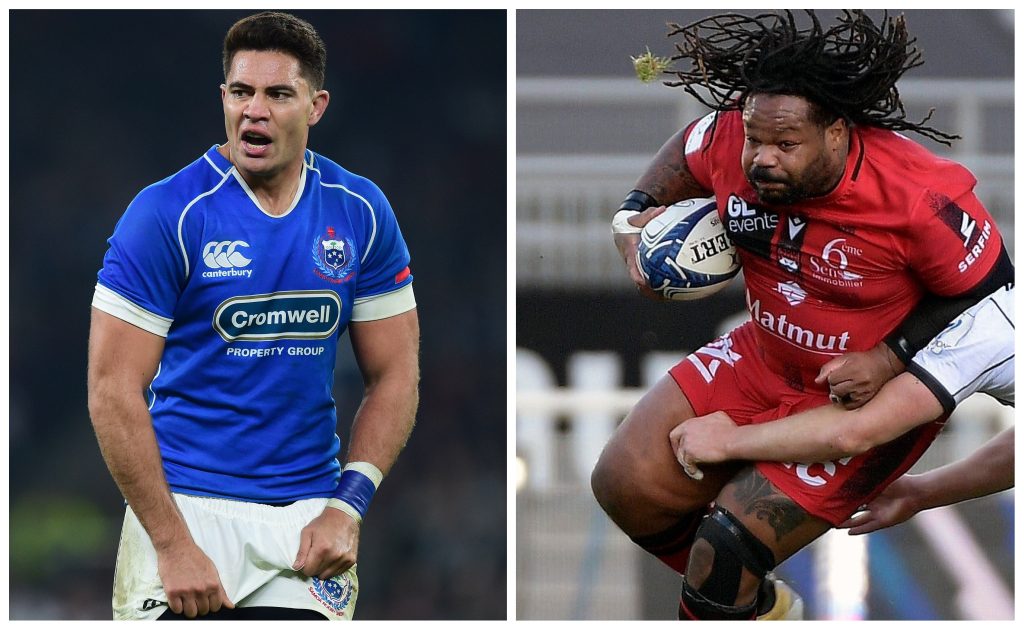 This week we will mostly be concerning ourselves with eligibility, equality, empathy and sympathy…

World Rugby’s decision to allow players to revert back to playing for countries where they have ancestral roots is overdue for many and has thrown a real spanner into the works of the next World Cup.

Dan Leo, for years now an advocate for the rule change (as once featured in this column) joyously took to social media in the wake of the announcement, frantically publishing a list of top-notch players who might well be able to represent their Pacific Island teams in France 2023. You could almost make a Pasifika team from them alone.

Which leaves that tournament fascinatingly poised. Wales, for example, had their hands full with Fiji and Australia (again) anyway, and while Fiji are probably the nation to gain the least from the new rule, a little added strength in depth might, for example, ensure that the shadow team doesn’t lose to Uruguay.

But for Samoa, and Tonga especially, the ambitions for the World Cup have been significantly boosted. Samoa’s group with Argentina, England and those other new kids on the block, Japan, now looks positively treacherous, while Tonga, almost certain now to be in the pool featuring Ireland, Scotland and South Africa, have a fine chance at causing a stir.

More than anything else though, it may put an end to the notion of ‘capture’ (along with ‘project player’ one of the most abhorrent administrative terms used to describe a player we can think of), whereby a player is nailed to one country for an entire career on the basis of one or two caps in meaningless games.

🗣️ “This change to how international rugby operates will provide transformational opportunities to players with dual backgrounds."

While this column has frequently been a critic of players transferring nations, you also have to accept that as the world has shrunk, so identities and national loyalties have both multiplied and become diluted. This columnist alone has ancestral rights to play for two tier one nations and residency rights for another (not that there was ever any danger of those rights being used, mind).

Moreover, as money has spoken and players from poorer reaches have a chance at both a better life and providing for a family, identities and nationalities have frequently become, if not for sale, then rentable.

But to deny completely someone the right to play for the team of their heritage on the basis of that economic exchange seemed wrong, even if, as Nemani Nadolo reminded us a fortnight ago, there is also an element of ‘you make your bed and lie in it’ when a Pacific Islander decides to have a go at playing for France.

In this regard, World Rugby appears to have got the balance right: in essence, you make your bed and lie in it, for three years at least. But the Pacific Islands which, lest we forget, supply some 25 per cent of the globe’s professional players to all the tier one countries, now stand to get some of their captured players back. This column can’t wait to see what happens when they return.

And what about him?

Be clear, Byron McGuigan’s retaliation was completely over the top and merited a red card during Sale’s defeat to Saracens.

But does Nick Tompkins really get nothing? There’s a difference between celebrating with team-mates in close proximity to an opponent and standing over said opponent, screaming at him, ruffling his hair, animatedly and personally provoking.

Loose Pass has commented on unpunished aspects of provocation before but this one – and Sean Maitland was guilty of it later in the game as well – also deserved some form of censure.

It’s ironic that this happens in the week when the behaviour of mouthy waterboys and physios and other invaders is under the microscope; are players exempt from the need to keep it in proportion too? There’s a fine line between a little wind-up and a full-on provocation and officials and TMOs need to draw it more clearly.

More than one column in South Africa this week voiced its frustration at the cancellation of the United Rugby Championship matches featuring teams desperate to get back to Europe before the borders slammed shut.

The teams were said to have been ‘selfish’, to have ‘left in indecent haste’, to have ‘scampered’ and that they could have made a better effort to play the games.

Seriously? While it remains to be seen what this new variant will actually bring, it’s unlikely to be good news. But more importantly, it is the unknown. Said columns compared the situation with the one South African teams found themselves in when playing in Europe a month or so ago, but that was dealing with the known and planned for. Who in their right mind would take a risk when dealing with an unknown, potentially deadly virus and when your government is closing its doors at speed?

It is absolutely a shame for the URC teams in South Africa that they are robbed of these matches and in the context of everything it is desperately miserable timing. But indecent haste? We don’t think so…

It seemed such a nothing moment – it seemed as though he had slipped. But two days later the extent of Mathieu Bastareaud’s injuries has been laid bare.

Contracted at Lyon only until July next year, he is unlikely to play again before that contract runs out and sentiment notwithstanding, it is unlikely that Lyon will take a risk on Bastareaud’s knees standing up better to surgery this time.

The ovation he got from all sides of the Mayol on Saturday revealed the high regard and affection held for him by supporters, as have many column inches in the French press.

But it could be that one of the game’s more colourful characters has been seen for the last time at the top level. We hope not, it would be a miserable way to leave the scene.