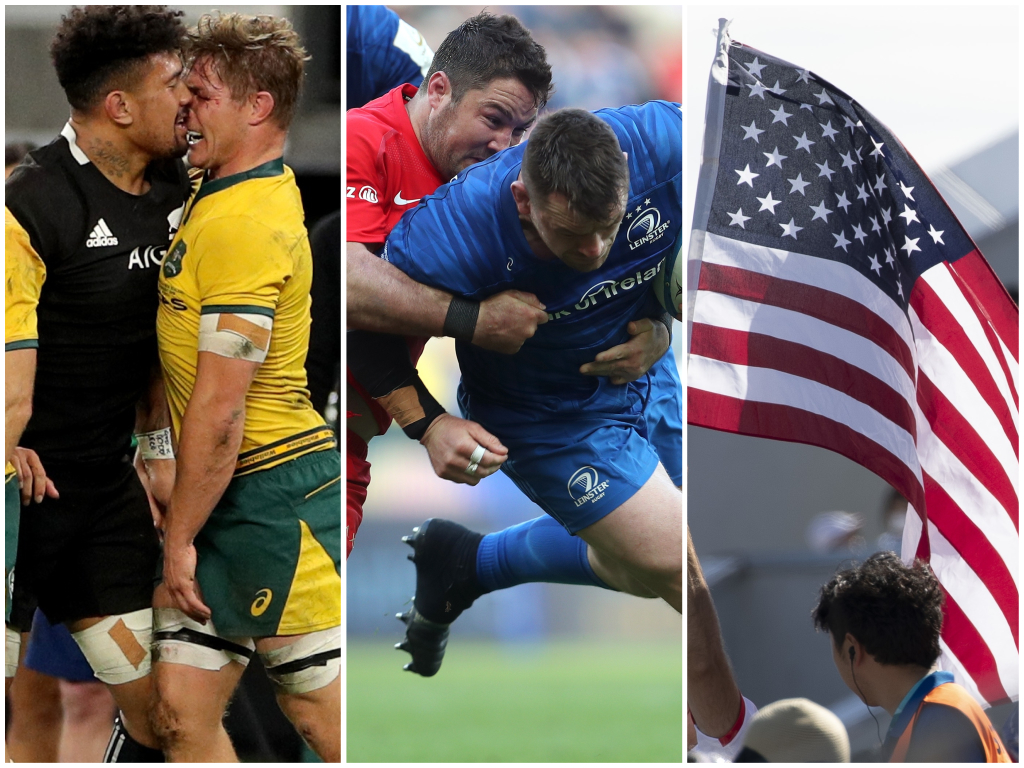 This week we will mostly be concerning ourselves with discontent down under, the return of European competition and some welcome news from across the pond…

Cut it out you two…

As has been documented several times over the past few months, it would be difficult to conceive a sport looking in any more of a state of disarray than rugby in the north. But the south seems to be managing it.

Despite the travel restrictions meaning South Africa’s borders are closed, despite the coronavirus cases ploughing through the Argentina camp, despite quarantine orders complicating all logistics and costing oodles of cash, despite South Africa’s probably need to bring a decent portion of its squad back from Europe where cases are surging hard, it’s a miracle a tournament has even been organised. And yet there’s still arguing about it.

Australia won the deal to host the Championship itself, with New Zealand understandably frustrated at missing out, mostly on the basis of the strict quarantine regime imposed on international travellers. Yet the Kiwis were at least given the carrot of a brace of back-to-back Bledisloe Tests in October. But those self-same quarantine regulations are getting in the way, with Australia haggling over dates to the extent that they’ll apparently refuse to play any match scheduled on October 10, as the quarantine regulations would not allow them to prepare adequately.

New Zealand wanted the matches to start on October 10 because any later – and with the Rugby Championship after it as well – would mean their players would still be in quarantine at Christmas, something a few have already indicated would be unacceptable.

So after overcoming all those hurdles to be able to play a championship, the trans-Tasman rivals were haggling over a week? Australia coach Dave Rennie has made the point that his team would have to leave the day after the Super Rugby AU final, spend four days in complete isolation and train as a team for only a week before the October 10 date. Hardly ideal, but these are hardly ideal times. And it’s a smidgeon rich of Australia to cry foul over New Zealand quarantine regulations, when it is precisely these regulations that saw them win the hosting rights in the first place.

Thankfully, common sense has prevailed and the All Blacks will now host the Wallabies on Sunday 11 October in Wellington before the second Test on Sunday 18 October at Eden Park in Auckland. This, after New Zealand amended their quarantine regulations. Under the updated New Zealand Government restrictions, the Wallabies will be able to train fully as a squad four days after arriving in the country, dependent on all squad members returning a negative Covid-19 test on day three.

A lot is being asked of professional players in the current environment, a slightly shortened preparation is not much compared to a lot of other burdens players are carrying. It may have Australia at a disadvantage for those two matches, but none of the teams wrapped up in the quarantine cocoon for the Rugby Championship will have it easy at all.

If it is financially imperative the games take place, let them take place so that everyone can be home for Christmas, as long as the preparation is adequate, even if not perfect. And if it’s not financially imperative, well… then don’t try to wedge in what doesn’t need to be wedged in. But the last thing anyone needs is arguing and mud-slinging about it, never mind a boycott.

The conclusion of a very strange tournament

Five months ago, it was the most fascinating match on the calendar. Two of the past decade’s flagship teams head to head in a European quarter-final. One of them on its way to a potential double, the other one seeking some form of solace as it grappled with the collective guilt at its misdemeanours.

And actually, despite the manner in which the corona crisis has made so much of the calendar a crapshoot, this really is a game which looks set to stir the blood. And that’s just Leinster v Sarries. The Clermont-Racing game is to be played on the backdrop of the listless form of the former and the searing form of the latter, far removed from where they were five months ago. Toulouse are emerging as a powerhouse again, while Exeter will never have a better chance to conquer Europe. For the first time since the game restarted up north, there is genuine excitement all over the place this weekend and next. Please let it all come off without a hitch.

Which will be the highest scoring #HeinekenChampionsCup quarter-final this weekend? pic.twitter.com/Hc7mjwOulA

A few weeks ago, this column registered incredulity at a possible Russian bid for the World Cup, so it seems a little incongruous to laud the re-emergence of America as a possible host.

But this would absolutely be a good move. The potential commercially and audience-wise, the build upon the foundations laid by the emergence of Major League Rugby and the hosting of the soccer World Cup in 2026 and of course, the possibility that the Eagles could become a force in the game.

One of the ever-presents at all of the World Cups up to now, this is also a country with a well-ingrained – if niche – rugby culture and history, and one which would accept the rugby world visiting its bars and cities with open arms. And its women’s team is a top-grade team in the fastest-growing part of the game overall.

The bid – surely for the 2031 men’s tournament as well as the stated aim for the women’s tournament in either 2025 or 2029 – is only in its feasibility stage and the materials and releases so far still read more like slick marketing than substance. But that USA Rugby is now out of administration is a positive sign. Hopefully there are more to come.