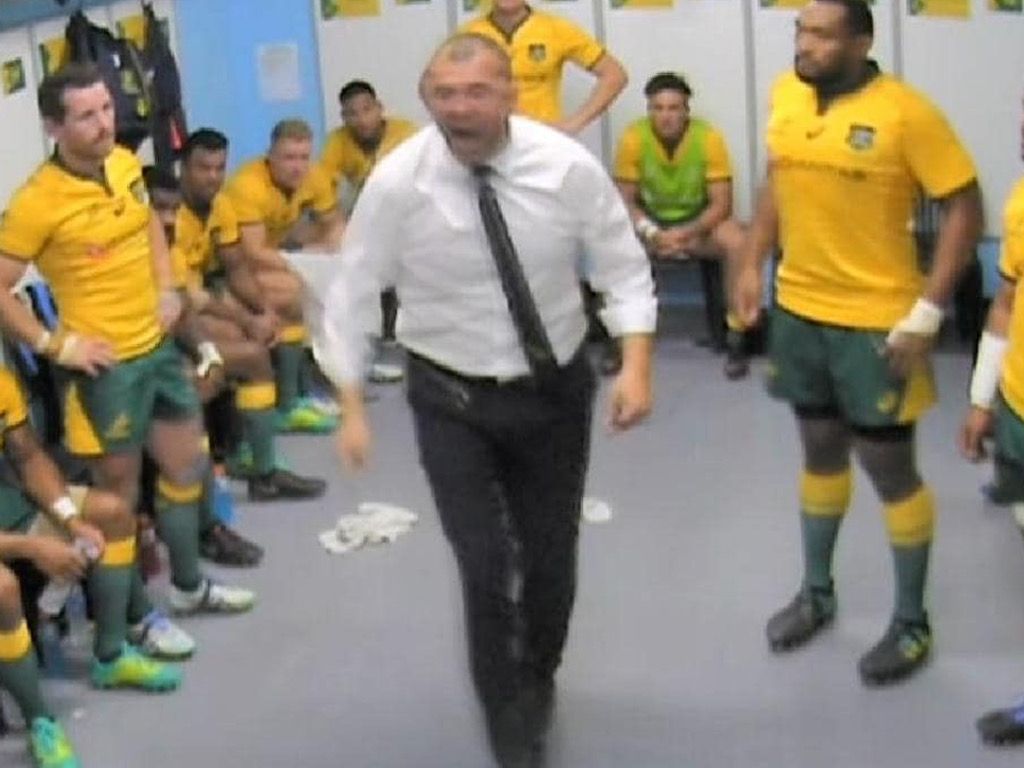 This week we will mostly be concerning ourselves with coach rants, force dynamics and the importance of Nicolas Sanchez to Argentina…

A coaching friend of mine was recently involved in a game where his team, not far off the top of his table, was down 17-7 at half-time to the bottom side. A visit to the changing rooms changed all that and his team won 42-24.

“What did you say?” was the question bombarding him from all angles after the match. “Well…,” all his replies started, but they rarely finished with much more detail.

Later and quietly, he told of his 40-second speech: “I went in there, told them they were playing like pussies, told them to man up and told them to fix it. I don’t think I said a single tactical thing. Then I walked out and left them to it for three minutes.”

As many a good coach will tell you, the main part of his job is done by Friday afternoon. The team is picked, the systems are in place, the analysis has been done. Graham Henry famously abandoned all but a couple of quiet words on matchdays, reasoning that if he still felt he had to prepare or gee up his team on matchday it was too late. After his job was done, it was up to the players. Half-time analysis was mostly in units, with a couple of tactical tweaks thrown in if need be.

Which is all rather marked in contrast to the epic video broadcast from Australia‘s dressing room on Saturday in Salta, when Michael Cheika all but picked up some of his players and bounced them off the walls.

But we feel there are two takeaways from the rant. Firstly, it’s not as though Australia changed playing style significantly in the second-half. They simply upped their intensity. That indicates two things about the current coaching situation in Australia: the players are still willing to take their responsibility, and the players are still willing to play for their coach.

Secondly, Cheika deserves a further shot on the back of it. Whether a 40-second rant or a five-minute rant, if he managed to get his players playing the system he wanted at the intensity he wanted to – ultimately – get the result he wanted, he deserves a crack heading up to the November Tests. 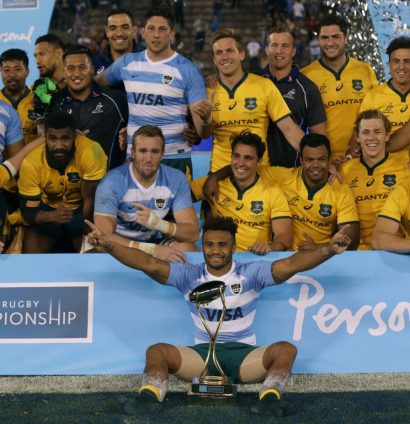 Wait and think a moment…

Yes, Stuart Olding’s tackle was not pleasant. Yes it could have come out a lot worse. But no, we’re not sure if having the book thrown at him is entirely justified.

Watching the tackle again a few times at full speed (actually the only speed I’ve found available online), a couple of things are pretty obvious in mitigation.

Firstly, Olding is slightly off-balance before he makes the hit. Under pressure – Angouleme were pressing hard at this point – there’s little doubt that as he moves from left to right to make the tackle he over-compensates for this, as pretty much anybody would do.

Secondly, he’s not only off-balance, he’s quite low because of it. As he moves right and forward into the tackle, he also moves slightly upwards to compensate here too, causing his shoulder to go firmly just below the joint at the top of the thigh and hip. His opponent’s thigh understandably stops dead, but the rest of the 70 or so kilos of opponent keeps moving. Olding’s opponent’s torso then folds over Olding’s shoulder, folding over the joint that Olding’s shoulder has immobilised.

Olding holds on, but the force of the weight of that torso tips Olding over backwards just as Olding powers into the hit, meaning Olding’s prior slight upward movement is heavily accentuated, also accelerating his opponent’s torso’s movement over and behind Olding’s shoulder.

The force of it all knocks the former Ulster centre backwards over his heels, further accelerating his opponent’s movement over his shoulder and leaving Olding near-upright but the opponent going headfirst over Olding’s shoulder. Olding’s flailing limbs as the tackle reaches its nasty-looking conclusion is testament to the fact that Olding was clearly dealing with physical forces beyond his control at that moment. By the end, even Olding has been knocked fully head over heels by it all.

The point of this description in minutiae? Well, it’s clearly a red card under current laws, which deal with outcomes and not intentions. But anybody poised with book held high and arm cocked needs to consider all the above.

The worst tackles of this kind are often marked by a pause or a slowing of movement where nastiness and aggression take over from mere physical dynamics. There’s no such pause here. And none of the surrounding players have seen anything nasty either. Scary, but not nasty. A red card was right, but pinning blame on Olding is, we feel, sensationalising an incident here where you simply have two massive chunks of well-trained muscle crashing into each other at speed. Hopefully common sense prevails. 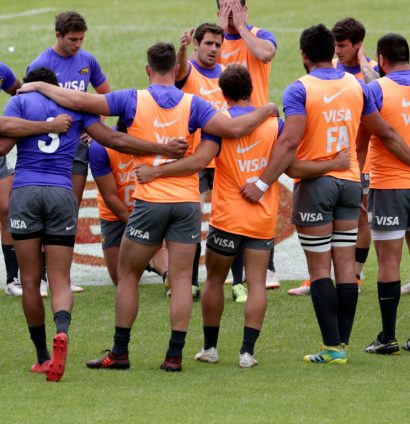 Cheika’s rant aside, we also feel the game on Saturday was heavily influenced by the departure of Nicolas Sanchez.

For the first 18 minutes Argentina were untouchable, largely because of Sanchez’s decision-making, footwork, handling and speed. It was an all-round game which we’re not sure could be matched anywhere in the world so far this year.

Then on 18 minutes he was smashed into the advertising hoardings in the corner. For 10 minutes he soldiered on, still running the game but now missing a bit of his spark. And then on the half-hour, he finally succumbed.

Argentina struggled to muster much thereafter; for the first 10 minutes of the second-half, all they needed was Sanchez’s influence to calm the game down. It just wouldn’t come and the game got away from the Pumas.

There’s no ignoring Australia’s improvement in the game, but Sanchez has earned our cap doffed to him. He’s one of the world’s most unsung players at the moment.