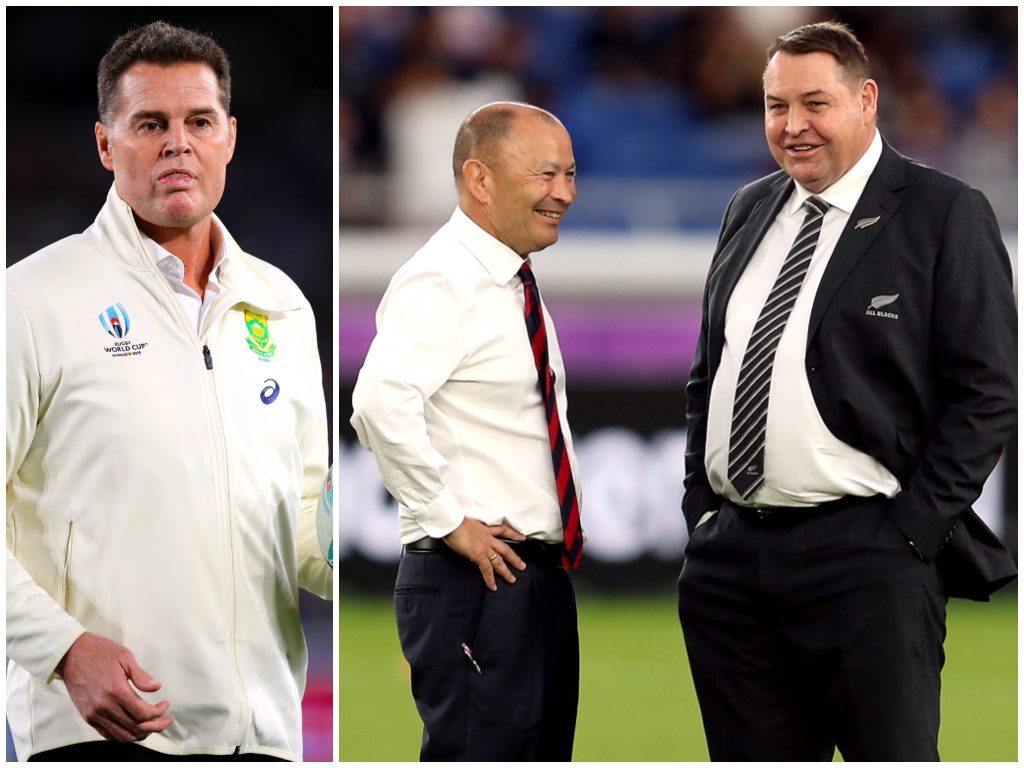 This week we will mostly be concerning ourselves with change, continuity, status quo and everything in between…

Change in the air

It wasn’t just that Steve Hansen departed, it’s the people who have gone with him. CEO Steve Tew is gone as well, captain Kieran Read and a host of other All Black mainstays. For all, there is much less of an obvious successor than there was when Graham Henry hung up his whistle.

Mark Robinson moves up from the NZRU board to succeed Tew. He doesn’t represent much of a change; an internal promotion chosen over some 80 candidates, but he will be judged quite harshly on his first major project: choosing the new All Blacks coach. Already the appointment will set a tone: Ian Foster could be promoted from within, leading to roughly more of the same. But Scott Robertson would be a viable alternative, his appointment would be indicative of at least an attempt to move in a new direction.

But Robertson faces challenges more complex than just the direction in which the team will go. Revenue domestically is still not proving enough to keep the best players outside of the All Blacks squad. The country loves its rugby, but in a different way these days: actual bums on seats at games at both provincial and Super Rugby level have numbered fewer and fewer. More and more fringe All Black players are leaving in their prime, while the provincial competition has become an irrelevance.

Player numbers overall are also declining. And while the All Blacks have (had?) continued to dominate at international level, the U20 team has been on a steady decline for some time, this year finishing only seventh in the U20 World Championship. The production line seems to be faltering.

It’s been a glorious couple of decades for New Zealand rugby, but for the new CEO, the job is to create a new legacy all of his own from a model that is showing signs of having run its course.

What else has been happening?

As we all fall to earth after an uplifting global showpiece tournament – some of us with more of a thud than others – many of us will discover to our surprise that the world did not stop turning while the World Cup was on. So here’s the status quo of sub-World Cup rugby looks:

The Mitre 10 Cup in New Zealand may have fallen in popularity, but that should take nothing away from Tasman, who beat Wellington in the 2019 final with a terrific display, the same day the All Blacks crashed out of the Rugby World Cup against England.

In South Africa, everything was tailored so that there was nothing on while the World Cup was on. But for those who missed it, the Cheetahs won the Currie Cup, beating the Lions in the final.

That’s the Free State Cheetahs, mind, not the Toyota Cheetahs. Those Cheetahs are currently third in Conference A of the PRO14, behind Leinster and Ulster. Conference B is topped currently by Munster and Connacht, meaning all the top spots in the PRO14 – and thus four of the six European qualifying spots – are occupied by Irish teams. Were the competition to finish today, only the Scarlets would represent Wales in the Champions Cup, while the Dragons would be playing Edinburgh for the seventh spot.

In England, only Northampton have an unblotted copybook at the top of the Premiership, playing some scintillating rugby. Further pleasing Saints fans will be the fact that Leicester are showing few signs of having recovered from last season’s malaise, their only win thus far courtesy of a last-minute penalty against Gloucester.

Expect an interesting season in Europe once the internationals are back.

One of the most pertinent aspects of the England squad at this World Cup was its young age, especially among its standout performers. Jamie George, Kyle Sinckler, Maro Itoje, Tom Curry, Sam Underhill, Owen Farrell, Anthony Watson, Elliot Daly and a number of others should all be 50 cap holders by the next World Cup, while Mako Vunipola and Farrell will only be in their early 30s. Farrell could well be a centurion.

Although belied a little by the South Africa squad that won this year, the statistical trend of squads of experienced players winning the big games is undeniable. Continuity – and a seeming lack of it elsewhere – should ensure England are very much among the favourites in 2023 if they carry on.

🏆 It's our Rugby World Cup Team of the Tournament. 👉 https://t.co/gbOng1RwNj pic.twitter.com/Yge4E9Lgqr

Eddie Jones will also be working age by then, but the greatest question mark perhaps hangs over his head. Australia are looking for a new coach and there are few Aussies out there. That Jones feels his failure to land the Rugby World Cup in 2003 and subsequent turbulent couple of years is the one gaping hole on his CV is no secret, but how big a temptation is the opportunity to go and put it right?

Jones will apparently be invited for ‘a couple of bottles of red wine’ by RFU chief Bill Sweeney over the next couple of weeks, with Sweeney adamant he wants Jones to do the next four years – not just the two more he is contracted for – and win it the next time, as Henry did with New Zealand.

Given England’s development under Jones, you feel that continuity is the key to their chances. It’ll be quite some couple of bottles.

And how do the champions progress?

Continuity is certainly going to be the order of the day in South Africa, despite Rassie Erasmus’ move upstairs to a director of rugby role. Jacques Nienaber’s likely accession from physio to head coach, ahead of a cycle culminating in France but including a Lions tour, will be one of the most intriguing stories of the next couple of years.

But Erasmus won’t be far away. “Depending on who will be the head coach‚ the director of rugby will definitely not have an office job behind a desk just thinking strategically. It will be a hands-on job‚ very close to the head coach.” Expect nothing to change in the Springbok set-up soon.