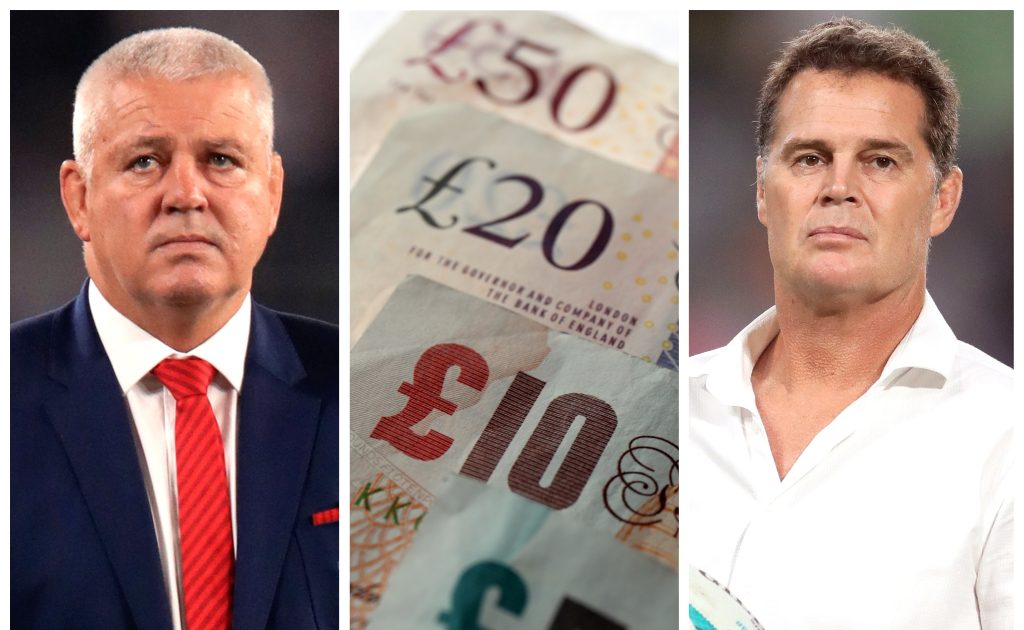 As pure fans, the second-most exciting aspect of Lions tours (naturally the watching the games comes first) is the prediction aspect: who makes the touring party and who doesn’t, then who makes the Test team, and so on.

Combinations of the pandemic and certain coaches’ intransigence when it comes to looking at domestic form/playing schedule have muddied the criteria this time around (we’ll be talking about general availability shortly too) so this Lions squad selection is not all about who is playing best in their position for their national team any more.

Nor, if past form is anything to go on, is it about the best player per se, but more likely the best players who also fit into Warren Gatland’s strategy and mindset. A couple of players considered shoo-ins on the basis of ability alone might find themselves on the outside looking forlornly in in a week’s time.

And then of course, there is the caveat that players might rule themselves out, unthinkable in any previous Lions guise but under the unique pressures of the pandemic it would appear that Mr. Gatland has made a wise move in enquiring of all the members of his long list as to whether they’d be happy to do a Lions tour without the tour aspects, so to speak.

Nor might those players refuse simply on the basis of corona bubbles; a few of them, certainly the younger ones, might simply be looking at the fatigue and self-health impact of so much non-stop rugby over the past year and decide that they’d be happier preserving themselves for the Australia tour in 2025.

All of which makes predicting a squad, and even a Test team, significantly harder than usual. But then we at least have the luxury of not battling to figure it out under the extra duress from…

🗣️ "We know how much the Lions tour means to fans and players and we wish the Lions every success. We know our players will make a huge contribution."

As soon as the issue emerged, the feeling began to creep that it might be an extra and wholly unnecessary drag. It has proved to be that, but at least common sense did rear its handsome head on Tuesday. Finally, the Lions have access to their Premiership players – it only cost GBP 45k per player and came with a severe warning saying basically ‘this will never happen again’.

If there was ever one incident which showed the glaring folly of alienating oneselves from one another on the basis of greed, it was that dire attempt by the dirty dozen to form their own cash cow super league in soccer this week.

As the game prepares, with limpet-like speed, to introduce a globally-integrated calendar, the English clubs, rarely far away from an argument about them not getting enough of anything, thus remain – in principle if not in deed – embedded in their position that they need to be compensated for players picked for the Lions training camp even when there are no games left in the respective players’ league season. Premiership Rugby’s clubs have made it abundantly clear that they will, in contract, seek to get as much cash as they can for ‘letting’ a player go to the Lions even when that player would otherwise be inactive for a fortnight.

It’s been a ludicrous piece of small-print bargaining, a cheap money-making shot at getting some green on the back of a player being chosen to fulfil his dream. Rugby Players’ Association CEO Damian Hopley called it (and a few other things) a ‘land grab’ argument, which is right on the money; a territorial stake made for the sake of a cheap buck.

Thank goodness we got a common sense solution this time, even if the sentiment was a full-on sulk. But with extra internationals already scheduled by home nations for later in the year, brace yourself for more of the same.

Anyway, let’s assume that all the players Mr. Gatland has chosen are fit and able to go. Let’s assume there is no further wave of infection in South Africa or, indeed, in Britain and Ireland.

What are the tourists in for? By the time of the first Test, South Africa will not have played together for 20 months, give or take. Their franchises and provinces have only played against each other in that time, and although there is a Rainbow Cup set up to get some experience against the Celtic sides, there are more clouds around that rainbow than sunshine at the moment. The whole thing could yet unravel.

South Africa is a uniquely tough tour. The variations in climate, culture and the well-earned reputation the South Africans carry for being the most physical of all teams make it no place to go and expect a win, while the rabid fans are worth a good four or five points a game.

But will any of that really be the case this time? The team won’t shrink away for sure, but despite the best efforts of Rassie Erasmus, Jacques Nienaber et al, it is difficult to imagine that this will be a team with the same focus and intensity that took it to the 2019 World Cup. Some of them met up for the first time last week. And there is still the spectre of empty stadia and silence greeting the teams – something that will affect them both.

A unique tour, on a unique background, is going to conjure up all sorts of unique surprises.

But then of course, after all that, we onlookers should still be satisfied. Rugby has suffered all over the world since the onset of this appalling pandemic era. This tour could quite easily have been given up on.

A huge number of people are making significant and unique sacrifices to make this tour happen, so that we can still settle back on a Saturday afternoon and enjoy the best of Britain and Ireland take on the world champions in a three-Test series.

We should enjoy it, whatever comes our way.