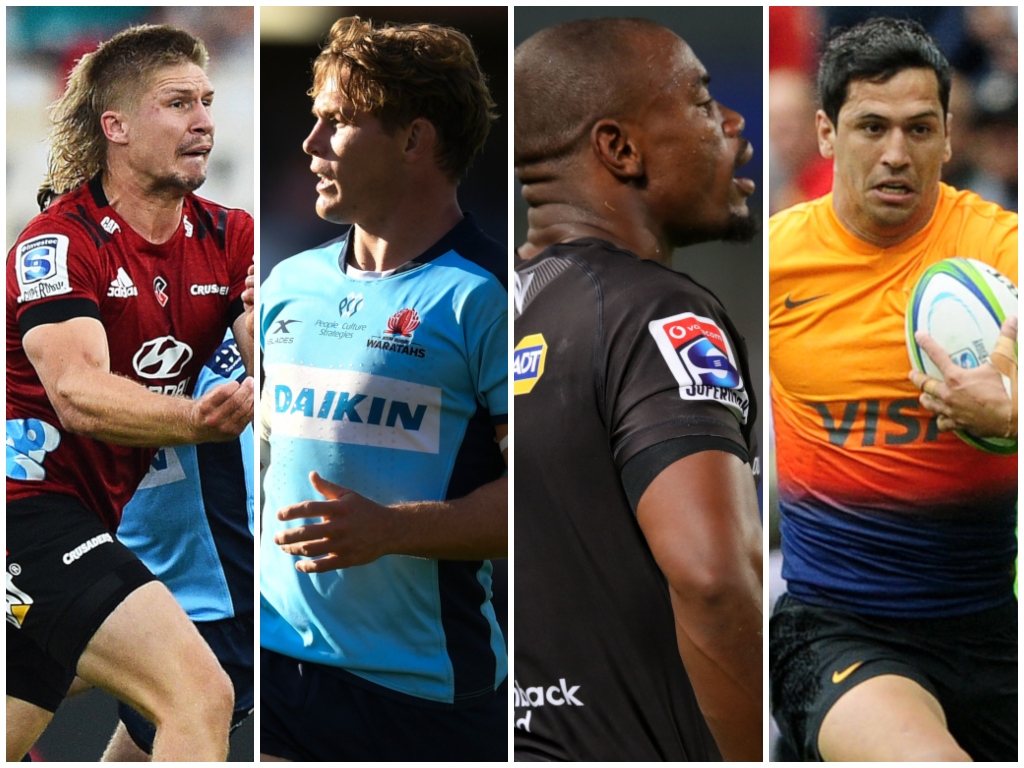 This week we will mostly be concerning ourselves with Super Rugby’s permutations and side-effects, and why it would not be prudent to write Warren Gatland off at the Chiefs yet…

While Europe’s rugby countries continue to look nervously at a looming year of near-eternal length and financial struggle, the challenges in the southern hemisphere, while still financial, are more characterised by the logistical issues of cobbling together a tournament spanning four countries in different time zones in an era bereft of long-haul travel.

To put it simply, the teams in the south would do it, but they can’t – in the north it seems more that they are doing it; whether they can or not is a moot point.

So the countries in the south are adapting. New Zealand’s scene looks as healthy as the national coronavirus figures. Australia is fighting for places in a new trans-Tasman competition, caught in a tough place between New Zealand’s restructure, Australia’s own financial and relative playing weakness, the need to maintain its five teams for the longer-term good, the player drain to Europe and rival international competitions. But it does have a place in a competition with New Zealand’s teams which, you’d think, was the job of finding a place in a post-Covid rugby world 70 per cent done.

Argentina and South Africa are, for the time being at least, out in the cold. What will happen to Argentina is anyone’s guess, but in terms of the Rugby Championship and changes to a global calendar notwithstanding, the Pumas are currently back to where they were seven or eight years ago: their best players in Europe and no real home professional base to work off. The Rugby Championship will be a lifeline for the Pumas.

The Boks (and Argentina) look likely to head to New Zealand later in the year for a Rugby Championship entirely played in New Zealand, but their provincial teams are being cut out of plans for next year’s Super Rugby.

‘Cut out’ is probably too strong a phrase, as there’s no word on how a competition would look once coronavirus is controlled and eradicated. But the interim is going to be tough. Nobody in South Africa, bar the bean counters, gives a stuff about the Pro14, mooted as a possible replacement for South Africa‘s Super Rugby teams. Good competition and jet-lag free it might be, but it would be a lot more popular with broadcasters than sitting fans.

The fact that a suggested mini-Super Rugby competition in South Africa a la New Zealand was eschewed for a full-on Currie Cup this year spoke a lot about what the South African fans want to see now, and if SARU were able to make it a success, it would be tough to see past a revamped Currie Cup, Cheetahs and Kings and all, as the medium-term future.

And then what about the Pacific Islands? One team looks set to join the New Zealand/trans-Tasman competition, at least one more to jump in with whatever from Australia doesn’t make the New Zealand cut. The proffered location of the Super Rugby Aotearoa Pacifika franchise as Auckland is controversial, but probably practical in the short-term. It should definitely not be a long-term solution – nor should the suggested alternative of Sydney be either. The Pacifika team, a welcome addition to the rugby landscape, should be based in the Pacifika, an alternative for the locals to aspire to as opposed to emigration.

While New Zealand’s suggestions have all been self-serving for now, it’s because right now they couldn’t be anything but. The most important point to stress is that none of these concepts above constitute a long-term plan. SANZAAR still exists and, as it stands, there is still a Rugby Championship planned for this October/November. Yet the rumbles are ever-more ominous: Jurie Roux said on Tuesday that Super Rugby could be dissolved if all four countries agreed.

How likely is this really? A lot will depend on the quality of what emerges from the fractured landscape. As it stands now, we have Super Rugby Aotearoa, featuring five New Zealand teams, two Australian teams and one Pacifika team. We then have Australia’s competition – a variation on mining magnate Andrew Forrest’s Global Rapid Rugby, most likely featuring three Australian teams, one or two Pacific Island teams and two or three Asian teams. And we have a Currie Cup in full pomp, featuring Springboks and a number of other bells and whistles.

I certainly won't miss the bloated Super Rugby tournament of the last 6 seasons but you're kidding yourself if you can't see that the success enjoyed at World Cups by South Africa, Australia and NZ stemmed from the strength of the og Super Rugby and Tri Nations formats

All are tournaments that would be trimmed-down in size from what we had pre-Covid, all look interesting and competitive, and all have potential. It could easily be a very accurate preview of what the SH rugby world might look like following coronavirus in the long term.

So the fracturing of Super Rugby is not all that bad, but we feel desperately sorry for Argentina, yet we just don’t know where it might fit in. Time to rope Uruguay and Chile in and create something South American? As Uruguay showed in the World Cup, the potential might well be there.

The knives are apparently being sharpened in Hamilton. But those who would jettison Warren Gatland on the basis of the Chiefs’ indifferent start would do well to remember his record in Wales.

Grand Slams there were, but there were also some terrible runs in between them. After the initial success in 2008, Wales finished fourth three times in a row. It took them aeons to overcome their mental block about beating Australia and South Africa, but the wins did start to come – something no other Welsh international coach had achieved.

Gatland does not set his systems up to achieve instant success, he has always set them up to be a part of a process, often letting personnel within the system develop organically and focusing on building blocks of perfection, rather than going straight in for winning everything come hell or high water. Dynasties are his game, not instant successes. Give it time…