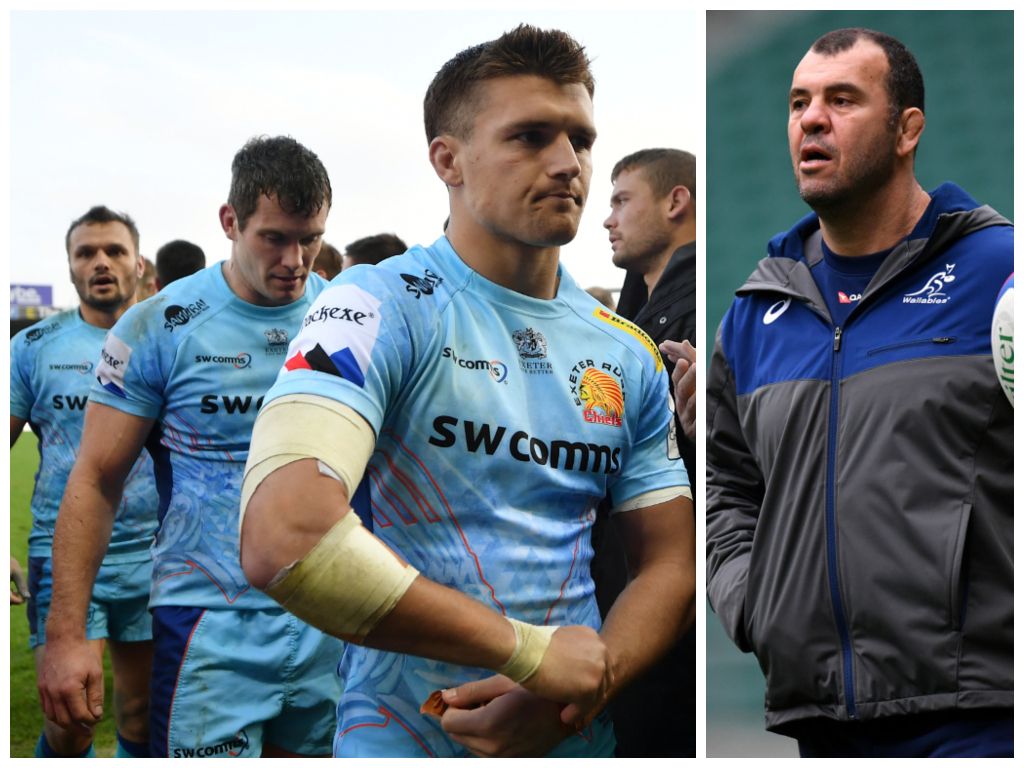 This week we will mostly be concerning ourselves with Australia, Europe and other regional variations…

Any decision better than indecision

Right, well, there it was then. Except it wasn’t. Australian rugby was supposed to get its evaluation of the year done and dusted on Monday, a plan put in place to turn things around, a cloth taken to wipe the awful slate of 2018 clean, a pathway set to lead to World Cup glory in Japan 2019.

And as Rugby Australia chairman Cameron Clyne emerged onto the doorstep, the patient press awaited the proclamations of decision and hope that would herald in a new era.

Unfortunately, there was none of that. Clyne gave a prepared statement, lasting less than a minute, and didn’t take a question. The meeting to decide on the future direction of Australian rugby – and the fate of Michael Cheika – was apparently still ongoing. It ended 30 minutes later with no decision announced bar the fact that the decision could take another couple of weeks.

What decision? Clyne said he was ‘not in a position to elaborate’. Which hints that there will be some form of decision at least but that something, perhaps unexpected, has held the process up.

Cheika apparently made a quite impressive presentation, backed up with data from his high performance unit, to show that, although the results are not coming, the process he is trying to see through is coming along nicely. He’s known for impressive negotiation skills and ability to impose his willpower, so it could be that he may have won over his would-be executioners.

But what is more likely is that Australian rugby simply does not know where to go next. Cheika’s fate was not the only thing discussed at the board meeting: Rugby Australia’s finances are not great, participation is still in decline and the bid to host the 2023 Women’s World Cup did not succeed.

This is the moment when Rugby Australia needs, more than anything else, to show strong leadership. That doesn’t mean axing Cheika, but it does mean decisiveness, clarity and action.

Unfortunately, a doorstep press conference to announce no decision and give no background as to why there is no decision is not strong leadership. Rugby fans in Australia are growing more and more restless and unless Rugby Australia steps up soon, the decision over Cheika’s future might be the least of the governing body’s problems.

Leaving aside the glorious exception that is Saracens, English teams are not enjoying their Champions Cup campaigns. Three of them lost at home this weekend past – admittedly one to another English team – while for more than half of England‘s seven-strong contingent, the campaign is all but over halfway through the pool stage.

Only Saracens and Gloucester look poised to have a chance of progress, while Newcastle‘s chances rest on their ability to emerge from a horrendous injury crisis. Gloucester must still travel to Castres and Newcastle to Montpellier, neither ties you’d back the English teams to win.

Sale are flying the English flag in the Challenge Cup, but the rest of England’s elite is suffering similarly there as well. It seems as though English clubs just don’t have the taste for Europe at the moment.

There are many possible reasons. The two flagship Irish teams certainly have a denser concentration of high-quality players in their ranks, while the French are simply able to capitalize on having fatter wallets and deeper squads. And you do need a deep squad to be able to grind through the slog of league, November Tests and Champions Cup pools. Of all the countries’ clubs, England’s are the ones with the resources most stretched in this regard.

There is also the possibility that there is a mental block. While few of the teams involved in the Champions Cup have been firing on all cylinders consistently this season, Exeter certainly have, yet when it comes to Europe, the Chiefs seem to lose their spark.

It could also simply be the intensity of the Premiership meaning that English teams are more tired going into European weekends. The PRO14 is hardly a consistent challenge, while the Top 14 is still more of a merry-go-round as teams jostle for play-off places. Certainly, there is not the competitive edge currently reflected in the Premiership table, where the stress of possible relegation is hanging over more than half the league.

But whatever it is, it’s not doing well for the competition, where the hegemony of Saracens, Leinster and Racing 92 is now only looking threatened by the re-emergence of Toulouse.

Plans for the Premiership

Although Europe may be a struggle for English clubs, interesting times might be around the corner if Nigel Melville continues to impress his ideas upon the game.

The latest idea: expanding the Premiership to 16 teams and splitting them into two divisions, is one that has been mentioned in this column before and still, we believe, addresses head-on a couple of problems in the game in England, namely those of an over-crowded fixture list and the ongoing debate about ring-fencing/excluding ambitious clubs/relegation.

On a day where English clubs look set to benefit from a big payout as a result of the investment by CVC, Melville’s ideas ought to be looked at, quickly and carefully.