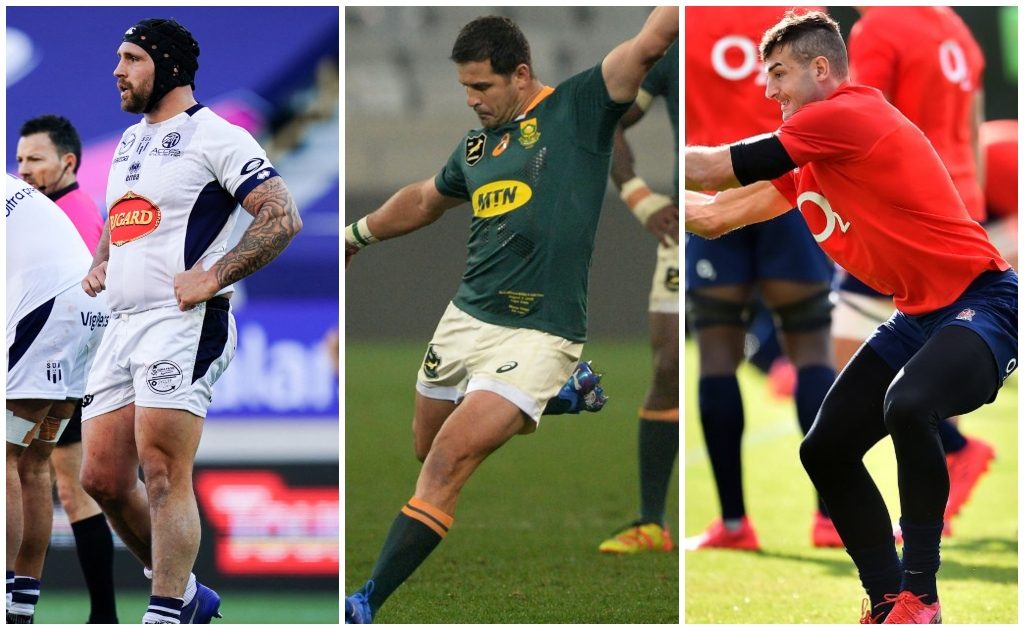 This week we will mostly be concerning ourselves with vertiginous falls, controversial clothing and a retiring legend…

If the headlines from the previous week were often made by Toulon (who lost at home to Racing and are thus now in deep trouble), the look-ahead to the past weekend in France focussed on a club suffering far, far more than Toulon: namely Agen.

Yes, that Agen – the alma mater of Philippe Sella (currently one of the coaches), the Agen which once signed Rupeni Caucaunibuca, the Agen which once went 27 months years unbeaten at home. On Friday morning, Midi-Olympique headlined a review of Agen’s situation with the headline ‘the never-ending fall’, noting that the away match at Vannes – the only other team without a win in Pro D2 – was a match for ‘the survival and future’ of the club.

Even before the Vannes match, some of the statistics were eye-catching. Agen’s last home victory was in 2019, their last domestic victory in February 2020, their last competitive ‘victory’ in December last year was a match awarded to them after an outbreak of Covid among their opponents, Benetton. The return trip then, after the game had been cancelled at the last minute, was marked more pertinently by a punch-up among the players at the airport, with Hugo Verdu and Paula Nagauamo suspended – the latter subsequently released along with a few others who found it impossible to integrate themselves. The stadium is a long-term building site, the team now even more so.

A host of the club’s glitterati have come and gone as trainers or assistant in the interim, including controversial manager Regis Sonnes, who was suspended from his duties three days before the trip to Vannes and Christophe Deylaud installed, temporarily at least, in his place – the third training staff re-organisation within a year. For the first training session, supporters were asked to leave as it was a ‘closed session’. Considering what said supporters have endured over the past two years, you can only imagine how that went down. Said supporters asked for an audience with club President Jean-Francois Fonteneau – at whose feet more and more blame is being laid – but ‘didn’t get to see anyone’.

By the end of Friday night, the only situation that had changed was that of Vannes, who pulverised the traumatised Agennais 46-3. After a week of such tumult it was a lot to expect a team to turn things around with only two sessions under Mr. Deylaud behind it, but there is nowhere now for Agen to go; a further drop into the Nationale, an increasingly likely reality, could spell catastrophe for one of France’s most historically-revered clubs.

Rarely can Loose Pass have seen so many outraged social media comments or memes, so many bizarre jokes, and such a cultural divide among rugby folks than the one that accompanied the decision by World Rugby to allow players to wear leggings.

Not that we ever understood why not anyway, but as one who has played full-back on artificial turf in the teeth of a polar wind, Loose Pass can only confirm that among many a player playing both on new-tech surfaces and in especially cold climes, the overriding feeling is one of relief.

Anyone, in fact, who has played rugby on artificial turf and who well knows the excruciating pain suffered the night and day after the layer-by-layer removal of the skin on the knees, including peeling the abrasions off the bedclothes the morning after, can only welcome the decision as both rational and long overdue.

And any partner of said player, considering the laundry bills, is probably even more relieved…

Often wrongly-labelled as a player who could only kick, Steyn will forever be remembered for being the only player in history to break the British and Irish Lions’ hearts twice in different series 12 years apart and for many a clutch penalty or drop goal for region, franchise and country down the years.

But to think of only his kicks, including those endless up and unders, is to do him a disservice. Steyn was an accomplished all-round player who was simply very good at implementing what was often a territorial game-plan.

Less-remembered but no less pertinent is Steyn’s orchestration of the Bulls’ magnificent 2009 Super Rugby Final display, for example, while his general range of passing and vision was absolutely clinical when it needed to be and he was never short of a cheeky dummy or side-step when required. His decision-making remains superb.

The British and Irish Lions may miss him like a hole in the head, but everyone in the game should appreciate just how good a player he has been at the top level for a long, long time.