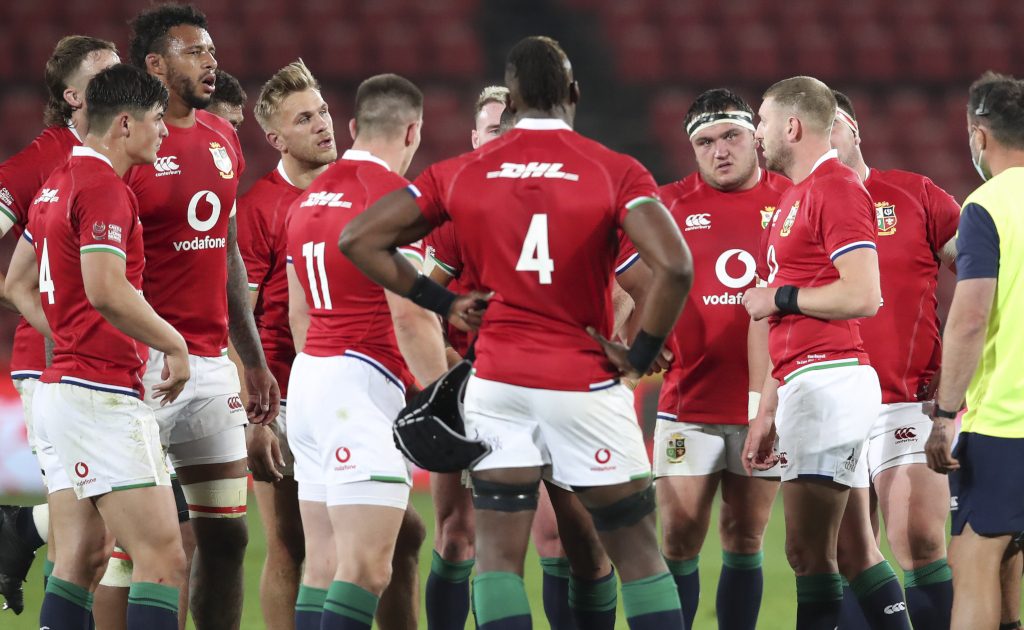 As you may have noticed, Loose Pass was on a well-earned holiday last week. Sadly not on a sun-drenched European beach, but rather in South Africa, where I had intended to spend much of June and July this year following what had promised to be one of the great tours. I ended up with 10 days.

Considering there have only been nine tours (including the current one) since the World Cup started in 1987, the Lions have faced the reigning world champions at the time of touring an impressive five times.

Factoring in coaching turnover as well and you can probably narrow the term reigning champions down to three: Rod MacQueen’s Wallabies in 2001 and Steve Hansen’s All Blacks in 2017. And of course, Rassie Erasmus’ Springboks in 2021. Both the other times the Lions have faced South Africa as World Champions, the coaching set-up had changed beyond all recognition, with Carel du Plessis’ disappointing side in 1997 and the controversial era of Peter de Villiers in 2009. But this time, Rassie Erasmus’ Boks were, with the exception of three retirees, the same Boks who had won the World Cup and more or less the same coaching team.

The reality has been soul-destroying. Even among the locals, as rugby-mad a public as you could wish for and of whom several I am lucky enough to count as friends, there is nothing but fan fatigue. The disrupted – almost non-existent – preparations for the team, the shut-out of fans from stadia, the effects of the pandemic on society and now the widespread civil unrest, have all contributed to the tour passing through the minds of many as an afterthought. Games are watched passionlessly – the most considered comments have been about how well the Lions are playing.

For the players, the move from Johannesburg to Cape Town is proving timeous when you consider what is happening on the streets in Gauteng, but even then the players are perhaps hoping at most for a wider TV screen in their rooms and different room service. Beautiful this country is, but these Lions will probably see more of it from the air than on the ground. There are no touring fans, no enthusiastic locals. Away from the pitch, this tour is an afterthought: something to watch on Wednesday night or Saturday afternoon, but there is too much reality hanging over SA for it to be much more than that.

Should this tour have gone ahead? At some point around April, it was going to be too catastrophic financially for either the Lions or the Boks for it not to. It surely will go ahead to its end, in one form or another. Given the near-total disruption of the hosts’ preparations, it would be a major shock if the Lions did not whitewash their hosts and thus record a tour victory over the reigning world champions for only the second time.

Many will care about the result, because sport is sport and it’s a results business. Those who have gone on it and continue to work diligently on it deserve immense credit. But when it’s over, few will really care about it at all. There’s simply too much else going on which really matters to care about.

In history, it may well go down as the forgotten tour, where many know the result but few will remember how it was created.

No other sport has a law-book quite like rugby’s, but even if it did it’s a fair bet that no other sport would tinker with it in the same way that rugby so frequently does.

What we like: the goal-line drop out rule will absolutely be a more deserving reward for a defensive team being able enough to hold a ball up, as well as opening up a game more with open attacking positions from a drop-out, although we’re willing to bet that many a drop-out will be returned as a drop-goal attempt.

Eradicating the flying wedge, ensuring latchers stay on their feet and giving jacklers extra protection once they are over the ball are also worthy ambitions – with the crocodile roll not explicitly named but now all but illegal. We can only hope and pray they are well and consistently officiated.

But Loose Pass continues to fret about the 50:22 kick. Will it really open up more space in the defensive line? Our view is that the current trend for kicking cross-field to a wide-standing player will be exacerbated if back three defenders are forced to stand deeper, as might the use of chip kicks over an aggressive defensive line. In themselves hardly negative alternatives, but in terms of actually opening up the game at the point of the defensive line itself, we’re not so sure. Modern defensive coaches will quickly figure out a system. And as outlined here, the alternatives to that are more kicking – is that the aim?

We will, of course, be happy to be proved wrong.