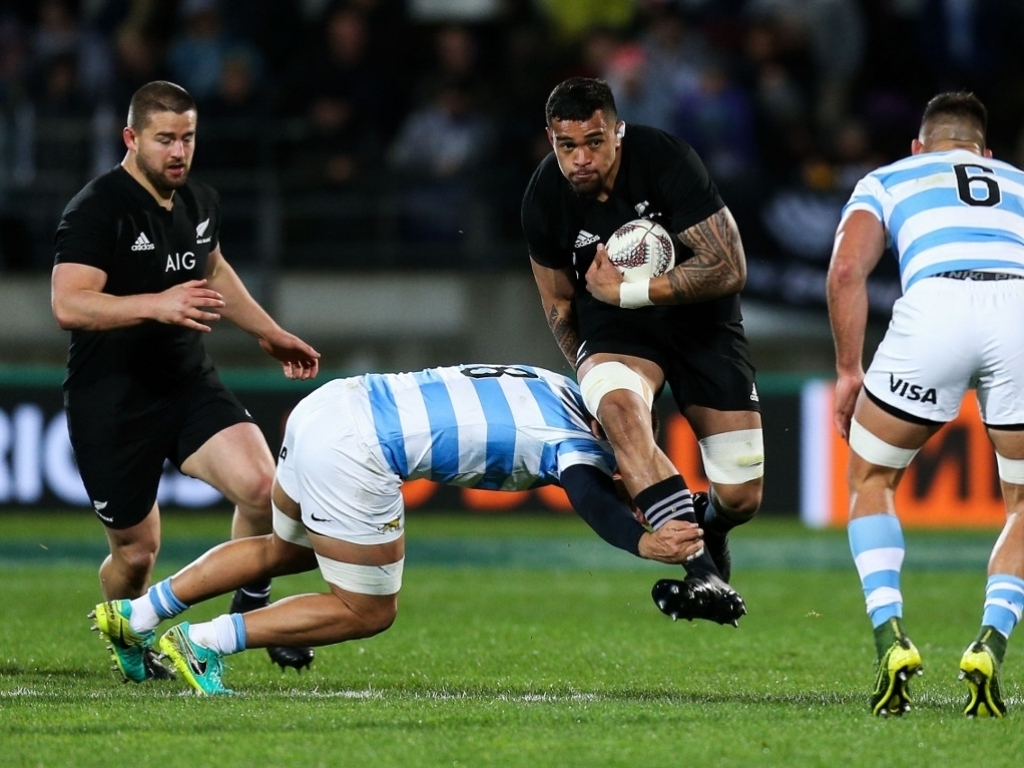 This week we will be mostly concerning ourselves with Vaea Fifita, schooling, national selection and 10-year suspensions.

How does New Zealand keep doing it?

Just when it seems that slight chinks are appearing in the All Blacks’ armour and opposing coaches are describing them as “vulnerable” (good luck with that, Allister Coetzee!), they blood a new boy who promptly shocks the watching world.

Has there ever been a more startling first start than that turned in by Vaea Fifita against Argentina at the weekend? Julian Savea’s hat-trick heroics against Ireland in 2012 come to mind, as does Peter Grigg’s brace of tries that won the Bledisloe Cup for Australia way back in 1980. But has anyone managed to match Fifita for sheer athletic command on full debut? Answers at the foot of the page, please!

It’s unfair to compare neophytes to the greats of the game, but Fifita had it coming. There’s the Tongan heritage, the hulking frame, the explosive power, the timid off-field demeanour, the label of “freak” as applied by fellow players, and the crazy forward-or-wing schizophrenia.

There’s also the generally held belief that Fifita – like Jonah Lomu before him – sprang from thin air. But that’s a fallacy. The actual truth going a long way to explain why a country whose total population is roughly a third of London’s will continue to rule the rugby world.

No, we’re not about to address ‘poaching’ or the plundering of the Pacific. That’s another fallacy. Yes, it would have been lovely if Fifita had stayed in Tonga and won a bunch of caps for the country of his birth, but this is the age of professionalism: like the rest of us, rugby players need to travel to where the work is. For Polynesians and Melanesians, for better or for worse, their closest ‘CBD’ is New Zealand.

The wrench of leaving home is eased by the opportunities that await, and no country offers better oval-balled breaks than New Zealand.

Fifita was awarded a scholarship by Tamaki College in Auckland having impressed whilst on tour with the Tonga Schools XV. Murray Mexted then draped his crooked wing over the youngster, enrolling him in the International Rugby Academy of New Zealand. This led to club rugby in Wellington and first appearance for the province in 2013.

He made his full bow with the Hurricanes two years later but was only handed a full Super Rugby contract last year. And still his tutors still believed he had much to improve on.

After scoring twice from lock as the ‘Canes took out the Blues in 2016, coach Chris Boyd was rather glass-half-empty in his assessment: “He’s learning the game in terms of his role and where he needs to be. He needs to up his physicality in certain situations so he’s not the complete package. But in terms of raw potential he’s got plenty.”

What we are trying to get at is that Fifita – at the rather ripe age of 25 – didn’t “burst on to the scene” at the weekend as some media outlets have suggested. He’s the product of years of hard yakka – his own and that of those who guided him along the way.

And whilst his story is something of an anomaly, the support he received is on par with all young Kiwis who show similar promise. No one is pushed to run before they can walk, or to ruck before they can pass. The bedrock of New Zealand rugby is made up of schools, each and every one dedicated to nurturing respect and a true love of the game. When you have a set-up like that, outrageous talent is just the by-product.

Those that baulk at the empty seats on display during the Super Rugby season would do well to attend a school fixture in New Zealand. In short, national selectors have it easy when the name of the Next Big Thing is already on the lips of ten of thousands of spectators.

There’s also lessons to be learned at the other end of the schooling scale. Youngsters have the option of playing weight-graded rugby, all players are guaranteed at least a half a game, and teams are re-jigged if one team is winning by 30 points or more at the break. Whilst these measures might not product many All Blacks in the short-term, they ensure that no one walks away from the game with their enthusiasm in tatters. What’s more, they are likely to walk back towards the game with their kids in tow – and who knows what they might achieve?

This is a far cry from rugby in other parts of the world, where rugby has yet to escape from the shadow of its his formative years and the attendant man-out-of-a-mouse sadism.

This all came into vivid focus on the opening weekend of the new English season, or rather the first session of the local Under-8s – the level at which this correspondent now operates.

Just two seasons into the game and a number of players have already taken their leave. The bigger, brasher kids have already monopolised the airwaves and will no doubt come to dominate the tackle area once contact is introduced at U9 level. Where this will leave the smaller, usually more skillful newbies remains to be seen – but the softer, more garish appeal of soccer is always lurking.

We’ve said it before, and we’ll say it again: if any country really seeks to challenge New Zealand’s hegemony they need to start paying proper attention to their own children. We don’t want to get all Whitney Houston about it but there’s no escaping the fact that they are the future – let’s teach them well and let them lead the way.

Just look at Fifita: he isn’t a “monster” or a “freak”, he’s just a very well brought-up kid.

By now you will have seen the footage.

Maitland flank Mark Meafua is penalised for a dangerous tackle during a Colts Grand Final against Newcastle Wanderers in New Zealand. Before the referee is able to brandish a card, the 18-year-old lashes out, striking the official in the throat with a ferocious open-handed punch/shove.

He’s now been banned from the game for 10 years.

Too much? Too little? About right? We’d love to have your thoughts.

Loose Pass is of the belief that it is far too long. Yes, it was grotesque assault and the authorities were right to make an example of Meafua – not least because the footage has circled the globe and that the culprit now faces a police charge of common assault.

But surely there’s room for an appeal once the spotlight moves on.

Our argument stems, almost entirely, from Meafua’s tender years. He’s only been a man for a few months, yet one horribly misjudged moment of madness – it wasn’t a sustained assault – looks to have denied him what had promised to be a career within rugby. With that door closed, what should he now do with his life?

Punishment needs to include some scope for rehabilitation, but there’s not even a nod to it in this decade-long suspension. And this from a sport which has long congratulated itself on its ability to turn ruffians into gentlemen.

We’d also point to the age of the referee. Was it wise to put a 19-year-old in charge of a U19 fixture? Are you, at the age of 18, able to offer a peer the sort of respect and deference that a sporting official demands and deserves? We can’t quite remember. Would Meafua had stuck out at an older man, say, Nigel Owens? We doubt it.

We’ll rest our case there: let’s call it 5 years on appeal. Over to you!