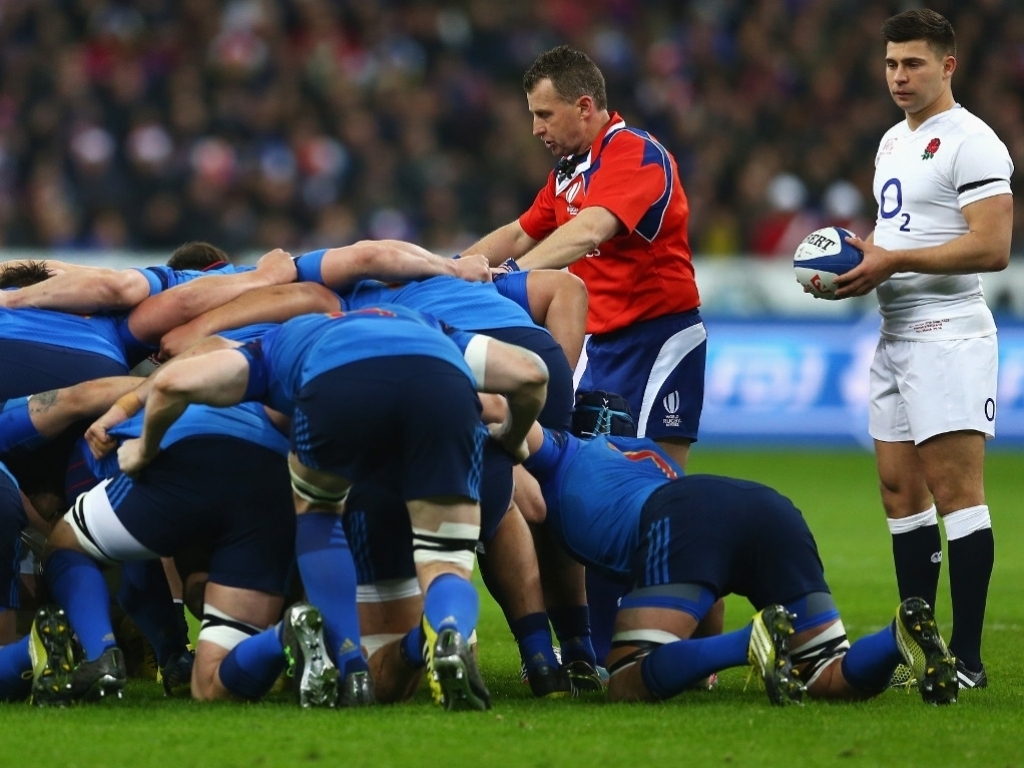 Six law changes began gracing the pitches of the rugby world this week, and in a dramatic break with tradition, your critic cannot find a jot of anything wrong with any of them.

A non-story you might say, but it does show at least how far we have come in terms of being better at promoting the positives within the game without feeling the need to radically change it – remember the Experimental Law Abomin- I mean, Variations of 2006?

That the scrum-half is now allowed to stand a shoulder-width towards his own team when putting the ball in is an act of common sense, but will only be recognized as such if now referees really do crack down on the nine chucking the ball back towards his own second row’s feet. Expect more than lip-service to be paid to the concept of cracking down on feeding, as well as a proliferation of nines in about five years’ time across whose shoulders you might need a team of experienced sherpas to cross.

The eight’s newly-permitted ability to pick the ball up from the feet of his second row as well as his own makes a rescue job on a backward-moving scrum easier, while the new law allowing props and hookers from both teams the chance to strike after the put-in may usher in some new contesting tactic – we’ll see. Not allowing a counter-rucker to kick the ball forward out of a ruck is also a triumph for common sense.

But the interesting changes concern the tackle. Once again, the emphasis is back on the tackler to get back to his side of the tackle before going for the ball (if he has the time). Harder work, but his reward is greater as he creates a ruck – and therefore the offside lines – once he has done so, rather than there being a pause to wait for the other team to get someone in there as well.

It seems a mild tweak, but it means that the splendid footage of Romain Poite refusing to explain breakdown intricacies to a flummoxed James Haskell and Dylan Hartley will forever now remain an isolated incident, as no longer will defensive teams be able to advance past the offside line and dance around scrum-halves like demented ostriches because they didn’t have a man in the ruck.

The Venter tactic is dead – long live its memory.

26-0 sounds like a remarkably ugly one-sided defeat, but consider how it might feel if that’s your season record…

It’s Australia’s Super Rugby teams’ record against their New Zealand counterparts this season, clearly problematic and painful in itself, but there are side-effects now coming into play that could yet be brutal for the rest of the Wallabies’ season.

The Brumbies’ exit to the Hurricanes on Saturday, spirited though it was, means that no Australian player will have a competitive match between now and August 19 – four full weeks of going a little match rusty while the All Blacks and many Springboks busy themselves knocking lumps off each other during the semi-finals. And it’s more than that in reality: the rest of the Wallaby players can add an extra week to that as well.

Michael Cheika, who has retained an initial squad of 40 players in an attempt to keep a nice deep squad in full training at least, already lamented his team’s poor fitness during an indifferent June. It won’t matter how hard he works his troops either, you just can’t beat matches for honing intensity.

At least they’ll be home on August 19, but given the row upon row of empty seats in Canberra last Friday, you just wonder how many people will actually pitch up to ANZ Stadium. Australian rugby is in a terrible way at the moment; it looks increasingly hard to see what can be done to drag it up from the floor. Still, at least they’ve got Kurtley Beale back.