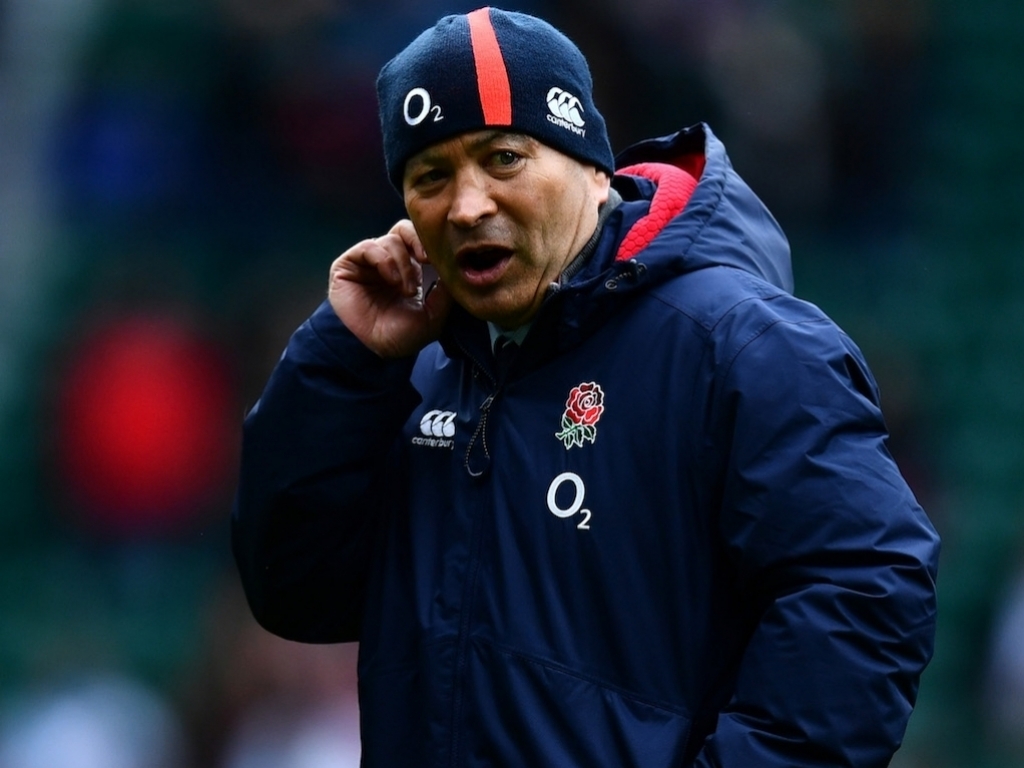 This week we will be mostly concerning ourselves with ruckless rugby, post-match tantrums, Jonny Wilkinson and the dreaded drop.

“Underestimate Italy and you’ll get caught with your pants down.”

As quotes go, it makes even Romain Poite’s brilliant “I’m the referee, not the coach” look decidedly humdrum. Why? Well, because it fell from the lips of Eddie Jones on the eve of Sunday’s feast of ruckless rugby at Twickenham – or Eddie ‘Pants Down’ Jones as he shall henceforth be known.

Yet the most striking thing is not how Pants Down underestimated Italy, but how he seemingly managed to underestimate rugby itself.

It’s no secret that the laws of our game are labyrinthine. Sections of the oft-edited tome in which they reside are decidedly opaque, other areas appear outwardly inexact, and some clauses are downright cryptic – and we’d refer you (once again if we really must) to the act of scoring a try and how ‘pressing down’ does not necessarily require ‘control’.

There’s no fault in all this – it’s pure design. The beauty of rugby resides in the vast areas of grey that lie between black and white. It’s a game for thinkers in which invention and canny interpretation of the laws are not only rewarded but actively encourage.

If this is not your own interpretation, check out page one of the law book itself. Conceding that rugby “appears to be a mass of contradictions”, the preamble goes on to summon the spirit of  William Webb Ellis – he of the fine disregard for rules – by concluding: “That the game should have its origins in an act of spirited defiance is somehow appropriate.”

So how dare Pants Down berate the Italians for their own act of spirited defiance? How dare he call for the laws to be revised? And how dare he accuse Poite of looking “flustered” and of “losing his perspective of the game”?

We’re rather hoping he meant none of it. Indeed, his post-match antics had more than the whiff of diversion to them. He was lobbing smoke-bombs in an attempt to detract from the fact that his record-chasing disciples had been exposed as half-wits. That much was written across his face. He had the look of a fox who’d had his burrow turned over by a gang of chickens in broad daylight.

The only question he really needed to answer is why he did absolutely nothing about it. A message could and should have been sent on to the pitch following Poite’s first shout of “Just a tackle!” – and that came after about 60 seconds of play.

But it took 35 minutes for England – in the shape of James Haskell – to approached Poite for “some clarity on the ruck thing”.

It seems slightly crabby of us to be picking on England given the fact that they subsequently recovered and went on to win handsomely. But the fact remains that there was never any real need for them to stage a recovery.

The Cassandras who are claiming that ruckless rugby is an endangerment to rugby are missing a fairly obvious point. Namely, it’s a rubbish tactic. If there’s no defenders in front of you, why are still you trying to pass the ball behind you? Just run, Forrest, run!

When England’s assorted Gumps finally worked this out, they made very short work of the Azzurri. But those first 40 minutes exposed a major flaw that all-comers will now seek to expose: the English appear wholly unable to think on their feet.

So why was there no intervention from the sidelines? Three simple words – ‘pick and go’ – could have been sent out with the first water bottle. That would have fixed it. But England’s finest were left to fend for themselves.

Was it a test? Was the lack of sideline assistance deliberate? The England boss has repeatedly stated that World Cup-winning sides need “eight or nine guys who are consistently leaders”, and perhaps he was waiting for those guys to show themselves on Sunday.

They did not. Pants soon came down.

Having an arsenal of devastating ‘finishers’ is all well and good. Jones must now take a hard look at his starters.

No matter what tactics you employ, taking a lead into the break at Twickenham is not to be sniffed at.

But Italy’s heroics are unlikely to silence the growing band of commentators who have called into question their place at Europe’s top table, not least because Georgia currently sits two rungs higher up the rankings ladder.

Loose Pass has long advocated relegation from and promotion to the Six Nations, but we also understand the financial devastation that follows in the wake of the dreaded drop. Just look at London Welsh. Actually, you are too late – they no longer exist in professional form.

Sadly, the prospect of straight promotion/relegation to and from the Six Nations is a non-starter. It would, in all likelihood, see Italy and Georgia swapping places on an annual basis.

It’s hard to see how either side would benefit from this sort of on-going disruption. Within a couple of seasons, against the ebb and flow of TV money, the prospect of a fifth-place finish and Six Nations survival would have receded into the realms of fantasy.

But that’s not to say that the championship should close shop. Europe’s burgeoning rugby nations deserve a carrot, and the occasional injection of new blood would do the old girl wonders.

So how about this: the trapdoor opens only if one of the big six fails to secure a single point from the possible 25 on offer. That seems fair enough, right? If you fail to come within seven points of any of your opponents, you’d be hard pressed to come up with an argument for your continued involvement.

But still your goose would not be cooked. An absolute whitewash in the main event would trigger a play-off with the winner of the Rugby Europe Championship (the Six Nations B, in old money) over two legs at the end of the season. To the winner, the spoils; to the loser, a financial parachute.

This plus this equals this

What a joy it is to see Jonny Wilkinson back on our screens, albeit all suited and booted and in the employment of ITV.

It was almost impossible to get a word out of him during his playing days, but now even the simplest question causes him to unleash a vibrant torrent of very big ideas.

On Sunday he was asked what he made of Owen Farrell’s kicking style. Here’s his answer in full.

“The mechanics of kicking – it’s physical laws. It’s force, forces, it’s accelerations, it’s all the directional stuff. It makes sense: this plus this equals this.The problem is the bit behind that, the bit operating it, doesn’t work on the same laws. And that’s the journey – that all of this upward curve doesn’t match the emotional. The emotional will go up and down.

“There’ll be disappointment, there’ll be ‘I hate it’, ‘I love it’. All of that is never an upward curve. But if you’re open to the learning of finding out more about yourself, performance-wise, it’s an upward curve. And that’s what he’s doing.

“He’s not afraid of going into that space of getting a bit vulnerable and uncomfortable and actually getting to know a little bit about what’s going on in his head, so that he can perfectly manage this plus this equals this. Because if you can do it once you can doing it every time.”

And there’s a number of takeaways in there for all of us. Probably.