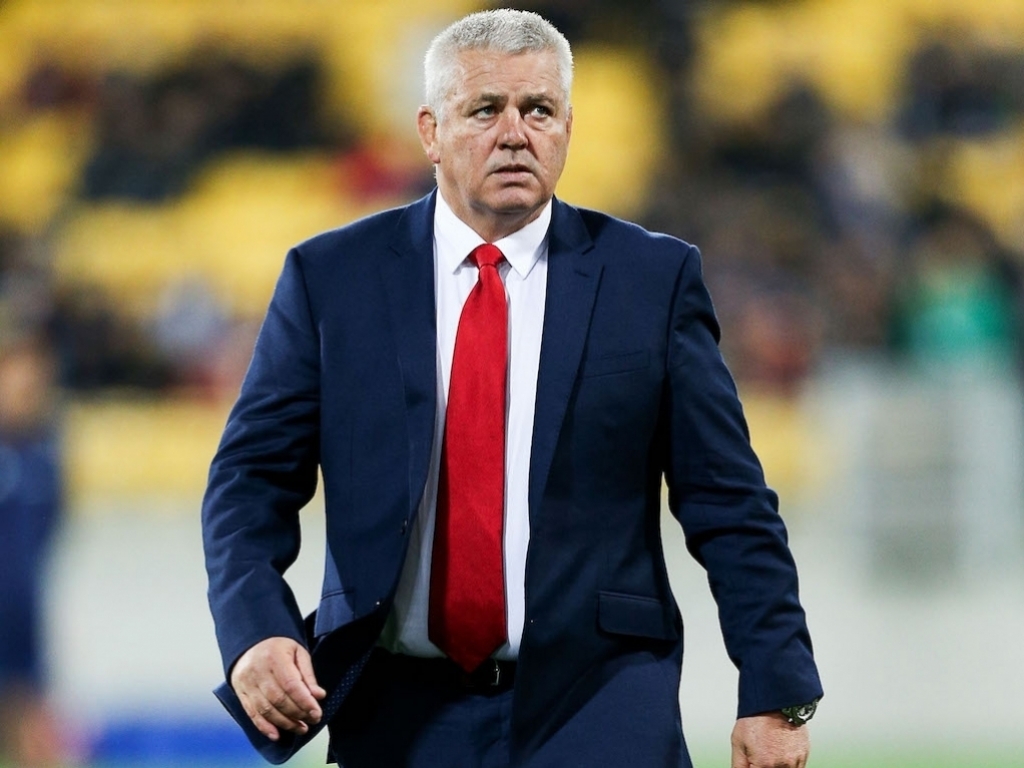 This week we will mostly be concerning ourselves with pitch invaders, a plea to get the maul right this year and a preamble to the Lions coach naming ceremony…

Send them off, referee!

Rifling through the highlights of France’s opening weekend revealed a weekend full of action and plenty of tries, not bad considering the players have barely had time for the ice-packs to melt since the last weekend of last season.

But it also revealed more than one moment that is starting to irritate with its regularity: namely that of the replacements infringing on the field of play.

We get it. You can’t just stand up off a bench and chuck yourself into a rugby match cold. Nor would it be prudent to try to catch the modern pass in the modern game without at least vaguely getting your eye in first. Given that the in-goal zones are the parts of the field most fiercely protected from entry by intruders, it would seem to be the safest place around to get a decent handling, pad-hitting and sprinting warm-up going.

All well and good, and as long as they keep an eye out for potential try-scoring invaders and get the hell out of the way when the actual players come steaming through.

And here’s the problem: they aren’t really. When Pau scored their first try against Castres, the ground among the footsteps of the scoring player was littered with training cones, enough to cause him to check his run briefly. Ruck shields weren’t far away either. Significantly worse though – and the chief grumble here – was the phalanx of brightly-bibbed replacements piling into an already pretty intense maul in celebration of Castres’ opening try.

Let’s be very clear: even soccer doesn’t allow this. You get the occasional berk ruining a billion-Euro suit by sliding on his knees down the touchline, but were you to run onto the pitch in celebration while not yet actually pitched into the game, it’s doubtful you’d be allowed back on in any capacity.

What generally happens in rugby these days is an unnecessary confrontation between irritated defenders who’ve just had their line breached and a bunch of guys who were never on the pitch in the first place. It’s time to crack down.

Let the guys warm up by all means, but get them off the pitch when the action gets near. If the guys on the pitch really want to hug and kiss them that much, they’ll run to the sidelines. Like soccer players.

You should give credit where it is due: the change in the law regarding the handling in the maul, i.e. the ball needs to be transferred back as opposed to the ball-carrier sticking himself behind a horde of obstructing team-mates, has been effectively policed. As a result, the maul is now a much less obvious cheat than it used to be.

But watching Bayonne hooker Greg Arganese’s second try, it’s pretty obvious that the splinter, that group of players that snaps off the side and sticks together, needs to be just as effectively marshalled. At about 1:40 in the Bayonne highlights reel (at the bottom of this page) is the moment being referred to here, but there’s been quite a few others similar this year and a northern hemisphere with all its inevitable muddy mauls is soon to be upon us. Arganese’s trail to the line is well and truly blazed by Davit Khinchagishvili.

We got the hands right, can we now get the obstruction right as well?

It will of course, barring bizarre bits of administration of the like not seen since Qatar were awarded a World Cup, be Warren Gatland leading the Lions to New Zealand. Rumour has it that the announcement might have been made a while ago but Vern Cotter dared to pretend to the throne at the last minute.

Eddie Jones ruled himself out, with more than a sniff of a command from HQ backing up his reasoning, while Joe Schmidt of Ireland doesn’t have the ability to take the time out from his contract.

Gatland will likely take Andy Farrell and would do worse than to take many of Eddie Jones’ backroom staff, particularly Steve Borthwick. It will be interesting to see if he opts to take his number two and defence guru from Wales, Shaun Edwards, this time – Paul Gustard’s reputation as England’s defence coach is high.

But does anybody notice anything about that coaching list? Correct: not one home union Head Coach is native, and in reality, was there ever a home-grown coaching option for this Lions tour? It’s not just on the playing field where the north is playing perpetual catch-up…