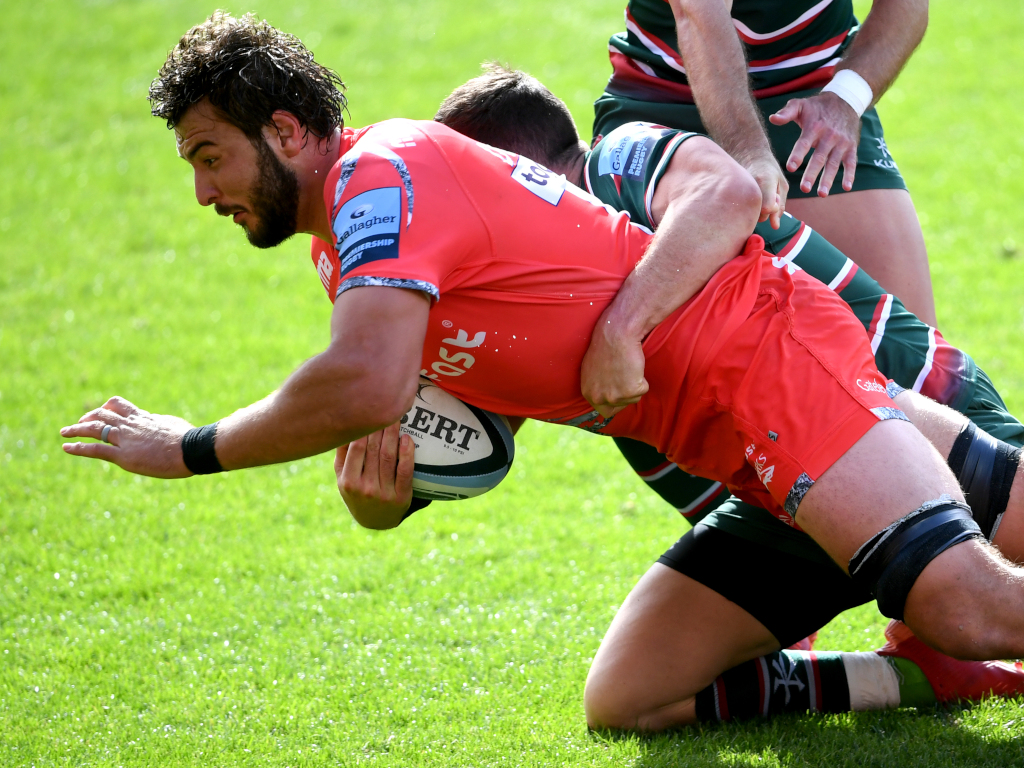 Sale Sharks director of rugby Steve Diamond has revealed that World Cup winner Lood de Jager will require surgery on his injured shoulder and will potentially be out of action for six months.

The South African international was forced off against Leicester Tigers and Diamond has confirmed the worst, with De Jager set for another lengthy spell on the sidelines.

Having had his Sale debut delayed because of the shoulder injury suffered in the World Cup final against England, the second-row forward will now miss a large chunk of next season.

“It’s not great news on Lood,” Sharks’ boss said. “He’s going to have surgery and it will probably be longer (than last time). It is probably going to be a rebuild so will be five to six months.”

De Jager’s absence adds to Sale’s woes with the Greater Manchester-based team suffering a 37-22 defeat to play-off rivals Bath at the AJ Bell Stadium on Sunday.

The West Country outfit are now one point ahead of Sale in the table with two matches remaining and Diamond was frustrated with his side’s efforts.

“We didn’t play well and they played pretty well,” he said. “They stuck to their guns and sorted us out in the lineout; we had no answer to that.

“If you can’t get any set-piece ball and you get two yellow cards, and you give double figure penalties away, maybe we’ve reached our level. Maybe we’re not good enough to be in the top-four and that’s what I said to the lads.

“Take nothing away from Bath, they were good, very good, but equally we created a lot of chances. It wasn’t as though there was no invention but, if you give two yellow cards away and you can’t win a lineout, we’re doing well to score 22 points.”

The injuries are starting to pile up for the Boks.

Meanwhile, Bath director of rugby Stuart Hooper praised the efforts of “world-class” Ben Spencer after the scrum-half scored two tries in their outstanding victory over Sale.

Spencer was typically predatory but also did the basics superbly, controlling the game well and relieving the pressure with some excellent clearances.

That, allied with the work of the pack, laid the platform from which they were able to claim an important win and move up to third in the Premiership table.

Hooper said: “When we were looking, we wanted to recruit in the scrum-half position and the way we go through our recruitment process is pretty diligent around how we want to advance the game.

“It’s not just about the name on the back of the shirt, it’s about the attributes they bring to the game and Ben’s brought what we thought.

“He leads the boys around the field, he demands standards and then he’s got a game which is the nuts and bolts of scrum-half play. It’s world-class, genuinely world-class.

“He’s definitely demonstrated what he can do, which is dictating the tempo of the game and then nailing the basics.”

Just two points separates second from fifth in the table following the results this weekend, but Bath are arguably the team with the momentum.

They have been superb since the restart, suffering just one defeat, and Hooper praised the attitude of the players.

“Pre-lockdown and during lockdown they were amazing, they worked incredibly hard and it blew us away,” Hooper added. “They’re enjoying it at the moment.

“We talked about the situation we’re in now. Everything’s different, there are so many rules, regulations and restrictions outside of the pitch so when they get on there, that’s their moment of freedom, that’s their chance to go and play.”