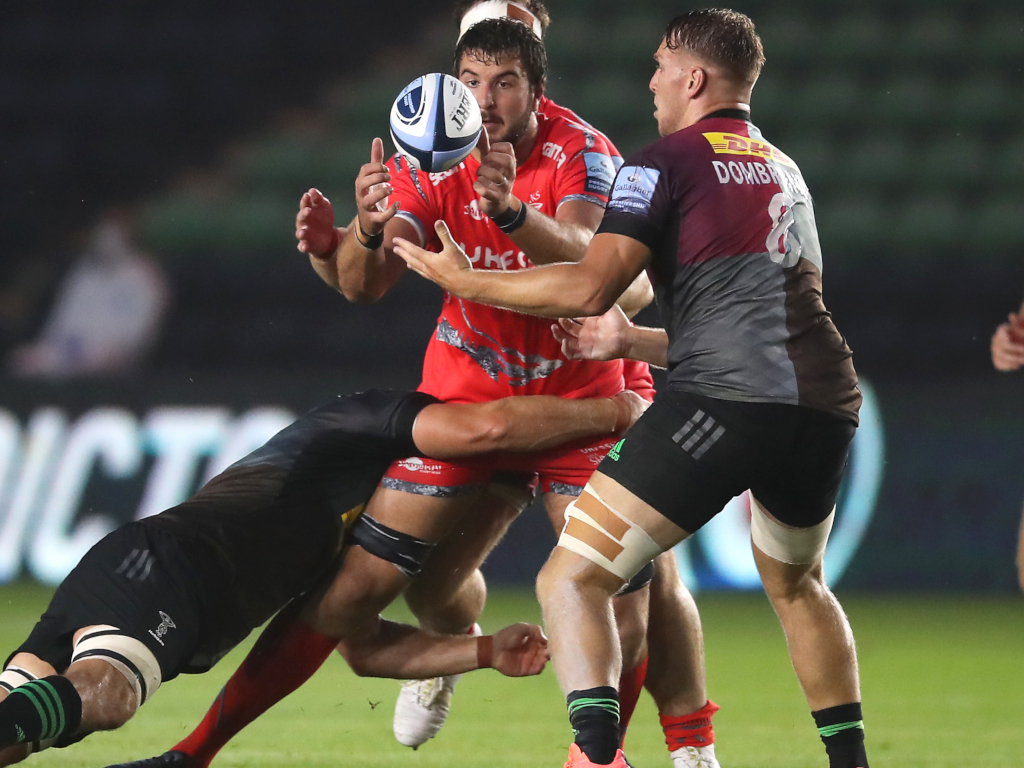 The Premiership continues on Saturday and Sunday as four matches take place, including the top-four encounter between Harlequins and Sale Sharks.

We bring you all of the team line-ups but, for Planet Rugby’s preview of this weekend’s Premiership action, check out ‘The short side’.

Form: Harlequins have won their last three Premiership Rugby encounters since their 27-all draw with London Irish on 10 January. The Londoners beat Leicester at Twickenham Stoop on Saturday and have not won successive fixtures at the venue since last August. Sale Sharks’ four-game winning run in the Premiership ended with their 22-27 home reversal to Bath last Friday. The Sharks have lost only once away from home in the league since August: 13-15 at Newcastle in Round 2 this season. The last 10 encounters between the two clubs in Premiership Rugby have all been won by the home side on the day whilst Sale’s most recent victory at the Stoop in the tournament was in November 2014.

Form: Exeter Chiefs have won their last three Premiership Rugby fixtures since their 7-20 reversal at home to Bristol on 9 January. The Chiefs’ only other home defeat at Sandy Park in any competition in the last 12 months was to London Irish in Round 21 of the Premiership last season. Northampton Saints were declared victors for their Round 9 fixture at home to Newcastle last weekend, making it three straight wins in the competition. The Saints have won all three away games they have played in 2021, a declared victory at London Irish plus wins at Gloucester and at Wasps in Rounds seven and eight. Exeter have lost just once in their last 10 meetings with the Saints in all competitions: 28-31 at Franklin’s Gardens in December 2018. The Saints have not won at Sandy Park since a 17-16 victory in the league in February 2014.

Form: Leicester Tigers’ only victory in the last three Rounds of Premiership Rugby was 41-24 at home to Worcester on 6 February. The Tigers’ solitary defeat at Welford Road since early December was 15-25 to Sale on 29 January. Wasps ended a two-game losing run with their 17-13 win at Worcester on Sunday. Wasps have lost just once away from home in any competition in the last 12 months: 24-40 at Gloucester in Round 2 of the Premiership this season. The last eight fixtures between the two clubs in the league have all been won by the home side on the day whilst Wasps’ only victory at Welford Road since September 2008 was in September 2016.

Form: London Irish‘s three-match unbeaten run in Premiership Rugby ended with their 3-26 defeat at Exeter on Saturday. The Exiles have won their last two home games at their new stadium and have not won three in succession at home since they were at Madejski Stadium in February 2016. Bristol Bears have lost just once since the opening round of Premiership Rugby: 13-20 at home to Sale on 5 February. The Bears have not lost away from home since their trip to Wasps on 22 November. The last three meetings between the clubs in the league have been evenly split with a win apiece plus a draw.