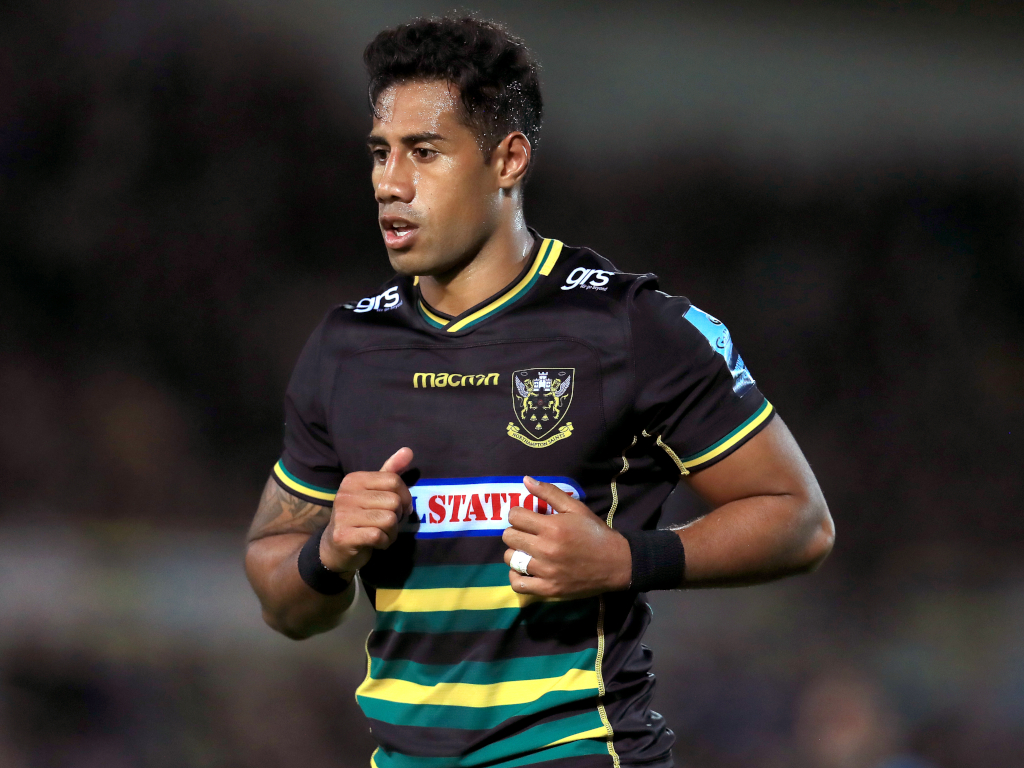 Northampton Saints have announced that winger Ken Pisi will be leaving Franklin’s Gardens at the end of the current season after seven years with the club.

The 30-year-old Samoan international has made 138 appearances to date in the Green, Black and Gold jersey since arriving in 2012.

Pisi has 34 tries to his name so far for Northampton and will go down as a Saints legend after being an instrumental part of the side that notched up a historic Premiership and Challenge Cup double during Saints’ 2013/14 campaign.

“I’m very proud to have spent the majority of my career playing for Northampton Saints in front of this great crowd at Franklin’s Gardens,” he said.

“When I first came over, I didn’t know what to expect, but I have felt welcomed by the amazing rugby community here in Northampton ever since I first pulled on a Black, Green and Gold jersey.

“In seven seasons as a Saint I have been blessed enough to win some silverware, make lifelong uso’s [brothers] and create many unbelievable memories which I’ll always treasure.

“So my thanks go to all my teammates, coaches, trainers and physios, as well as the club’s supporters, for making my time here so special. For now I’m really focused on helping the squad finish this season as strongly as possible, and I wish everyone here the best for the future.”

Confirmed: Ken Pisi will leave Saints when his contract ends this summer. Has done a huge amount for the club on the field, and off it he is one of the nicest blokes around. Good luck to him. pic.twitter.com/1by4kW8NVd

The younger sibling of another Saint, George Pisi, Ken arrived in Northampton one year after his brother back in 2012.

And he immediately hit the ground running after making the switch from North Harbour, playing a key role within the Saints side that reached back-to-back Premiership finals – lifting the trophy at the second attempt in 2014 with a 23-20 triumph over Saracens.

Pisi started that historic match, as well as the Challenge Cup final just a week beforehand, where Northampton beat Bath Rugby 30-16 at Cardiff Arms Park to round off the most successful season in the club’s history to date.

Previously a member of Samoa’s Sevens squad, Pisi made his senior international debut in 2012 and has won 13 senior caps in his time at Saints, including representing his country at the 2015 Rugby World Cup.

“It’s always hard to pick out individuals within a rugby squad, but Ken has always stood out at this club as a player and as a person,” said Alan Dickens, who has coached Pisi throughout his time at Franklin’s Gardens.

“He was almost ever-present throughout one of the most successful periods of the club’s history, and remains an extremely popular player within our squad.

“He’s a wonderful person and a shining example of what it means to be a Northampton Saint, so we wish him every success and happiness for the future.”