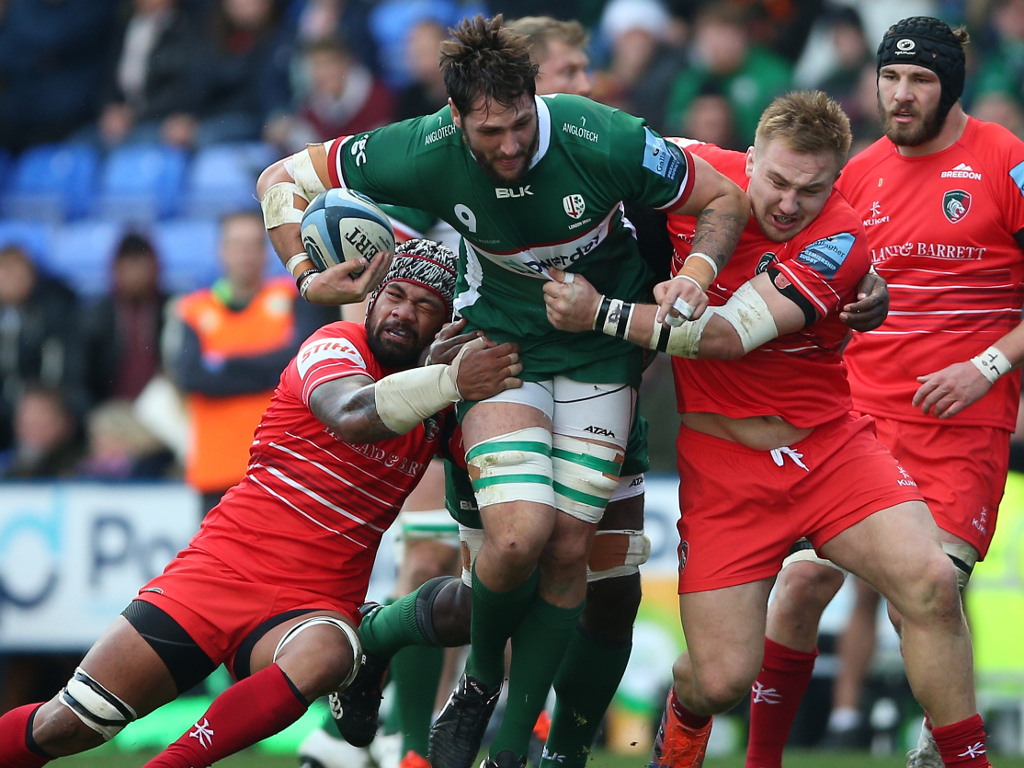 Leicester Tigers’ poor start to the Premiership season continued on Sunday as they suffered a 36-11 loss to London Irish at the Madejski Stadium.

The emphatic bonus-point triumph for the Exiles shoots them up the domestic standings from eleventh to seventh while the Tigers stay bottom.

The points came from everywhere for the Exiles, with Oli Hoskins, wing Ben Loader and Ruan Botha getting over in the first half and Stephen Myler adding seven points with the boot.

Tigers had two first-half penalties to show for their efforts and got a late score for Jonah Holmes, but Irish continued to run riot after the break as Waisake Naholo and Tom Parton secured the five-point victory.

Hoskins got the first after just eight minutes as he took the ball off the back of a rolling maul and burrowed over from close range.

A Tom Hardwick penalty got the visitors on the board after 15 minutes, but Irish had their second try at the quarter-way point, Loader taking the ball from 22 metres out and touching down despite a last-gasp attempt to hold him up.

Both sides struggled to create further opportunities before the break but after Myler added three points with a penalty, a terrific breakaway score for the hosts on the stroke of half-time was capped off by Botha for a 22-6 lead.

This crossfield kick by Nick Phipps 😍

Sensational from @LiRFC! No man is stopping Waisake Naholo from there… pic.twitter.com/ZrVemMxJFi

The Tigers started the second half the better of the two sides but could not make their dominance count, best exemplified when Hardwick’s pass sailed way behind Adam Thompstone as opportunity knocked.

Leicester’s best chance came as Hardwick made a great line-breaking run and offloaded inside to Noel Reid, but with the line at his mercy he just could not hold onto the ball and the knock-on cost a valuable opportunity.

The hosts put the game out of reach with just over 15 minutes to go as fly-half Myler showed great awareness and creativity to kick the ball out to the right wing where the onrushing Naholo got the benefit of the bounce.

The New Zealand international, on his first appearance for Irish, just about kept his feet away from the touchline before barrelling over his opposite number to score in the corner.

Leicester pushed for a late consolation but a knock-on allowed Parton to scoop up the ball and sprint from inside his 22 to score under the posts and seal the bonus point.

Holmes would get a late try as the clock turned red but it was far too little too late for Tigers, who finish the weekend bottom of the Premiership after Bath’s victory over Northampton Saints.

In the other game taking place on Sunday, a dramatic late try saw Bristol Bears pick up a come-from-behind 20-17 victory over Exeter Chiefs at Sandy Park.

Trailing 17-13 with time up on the clock, the visitors went over through replacement Dan Thomas and with a Callum Sheedy conversion they added the gloss.

Piers O’Conor claimed their other try in the second half as the Bears fought their way back from 17-0 down at the break, this after Sam Simmonds and Nic White had crossed for the Chiefs in the first 40 minutes. Joe Simmonds converted both of those tries and also added a penalty.

This impressive away win moves Pat Lam’s men top of the Premiership table after Northampton’s aforementioned loss at the Rec while Exeter suffer their second defeat in the opening four rounds of action.