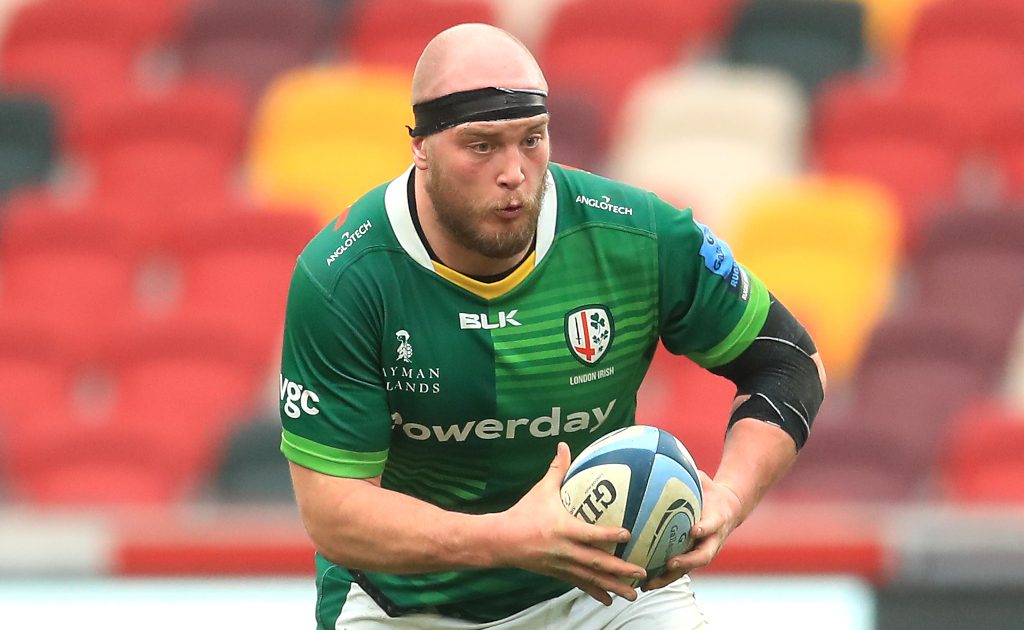 London Irish have announced the re-signing of tighthead prop Ollie Hoskins ahead of the 2022/23 Premiership season.

The Australian international front-rower has been with the Exiles since 2016 after spending two campaigns prior with the Western Force in Super Rugby.

Hoskins, 29, has appeared 140 times for the west London side and played a vital role in two promotions from the Championship to the top-tier Premiership.

London Irish director of rugby Declan Kidney is delighted that his club’s 2018/19 Supporters’ Player of the Season will remain in Brentford.

“Ollie has picked up some brilliant experience since joining the club, including international honours with Australia,” Kidney explained.

“He has been a cornerstone of our squad for some time now, and I know he will have a major influence on the team in the years ahead, going into what will be his seventh season with us here at Hazelwood.”

Hoskins shared how happy he is to extend his stay with the club.

“Playing with London Irish over these last few years has been nothing other than a pleasure, and playing in the Premiership week in, week out is an experience like no other,” he said.

“Committing more time to London Irish was an easy decision, I have loved my stay at Irish so far and I am determined to make more fantastic memories with the club.”