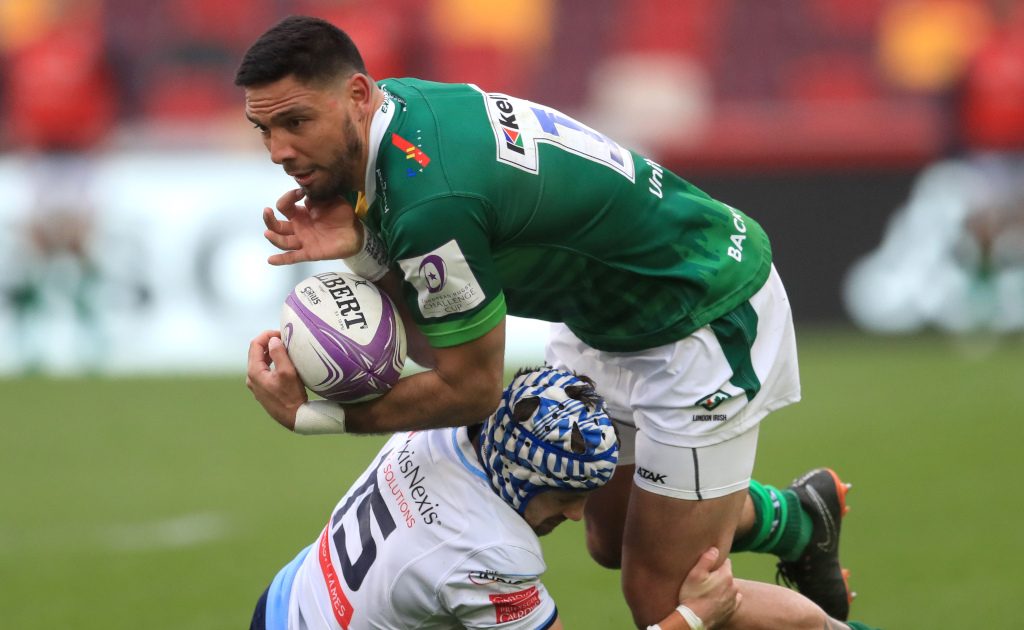 Jarrod Evans’ drop-goal put the Blues back into a 35-34 lead with time ticking away, but Irish broke the length of the field with centre Rona finishing in style.

Declan Kidney’s side were forced to play the majority of the second half with 14 men after prop Will Goodrick-Clarke was sent off.

But Irish pulled victory out of the bag, to book a quarter-final trip to the Recreation Ground to face Bath.

But Ollie Hassell-Collins bagged a brace for Irish, who also had Ben Loader and Terrence Hepetema on the score sheet.

Bath had earlier set up that last-eight battle with Irish by fighting back to beat Zebre in Italy.

Beno Obano, Anthony Watson and Jacques du Toit plundered tries to drag the Blue, Black and Whites back from the brink with a 35-27 win over the Italians.

Pierre Bruno bagged a hat-trick for Zebre, but the hosts were ultimately unable to hold off the Bath comeback.

Joe Cokanasiga and Will Stuart also crossed for five-try Bath, who now move into the last eight.

In the late game, Glasgow fell to a 26-21 defeat away to Montpellier, who got tries through Guilhem Guirado and Anthony Bouthier.

Adam Hastings kicked five penalties and Ross Thompson two to account for the Warriors’ score as they bow out of the competition.