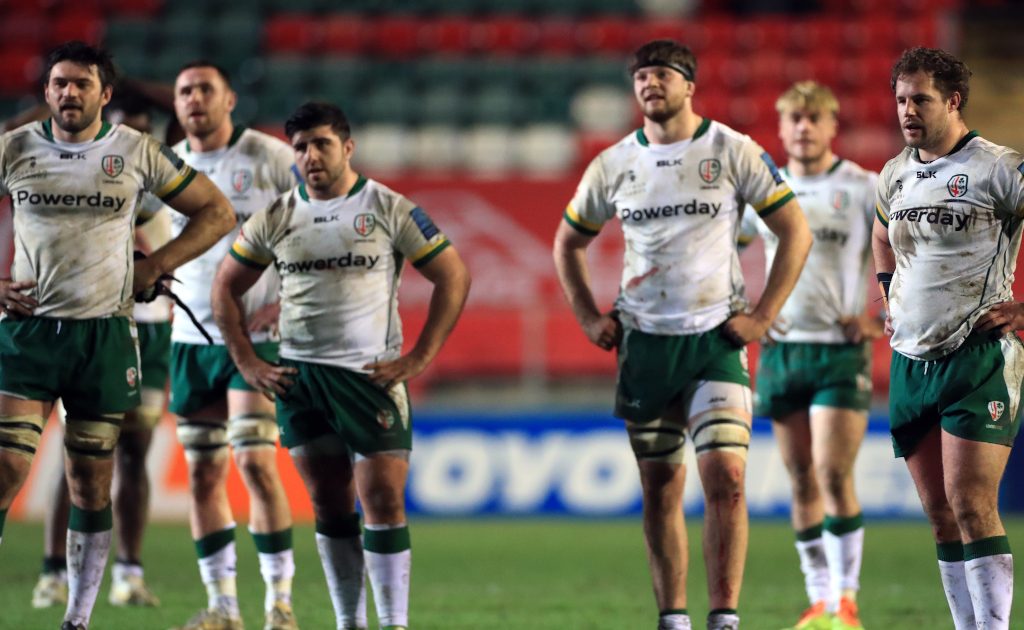 London Irish director of rugby Declan Kidney felt unable to comment after seeing Terrence Hepetema sent off as Irish fell to a 33-32 defeat at Leicester.

Hepetema was red-carded for a head-high challenge on Leicester wing Kobus van Wyk in the 60th minute and it temporarily knocked the stuffing out of Irish before they scored 14 points in the dying minutes to deservedly salvage two bonus points from the match.

Kidney said: “I can’t make any comment at this stage on the sending-off but going down to 14 men always has an effect, although we were still well in it towards the end.

“We weren’t clinical enough in the first half as we had a good deal of pressure but didn’t make it count. We shouldn’t have been just drawing at half-time.

“The third quarter was disappointing as we let them build up a lot of pressure on us but we finished strongly.

“We knew Leicester would come at us as they would be fresh after resting a lot of players at Bristol last week but we know we have to get better at a few things.”

Ollie Hassell-Collins, Matt Cornish and Paddy Jackson crossed for Irish with Jackson adding two penalties and two conversions. There was also a penalty try as Leicester had two men sin-binned late on to finish with 13.

Leicester head coach Steve Borthwick believed his side were improving by picking up their third home win in succession.

He said: “I’m pleased that the boys found a way through to win after a difficult start as Irish played well to make it very difficult for us in that first 20 minutes.

“We were resilient and composed but there are lessons to be learned. I believe the team are coming together slowly as we did start behind everyone else.

“We are obviously disappointed that we let the opposition back in the game when we were firmly in control so we will have to work on remedying that.

“However, we are working hard to develop our game but we are still a work in progress.”