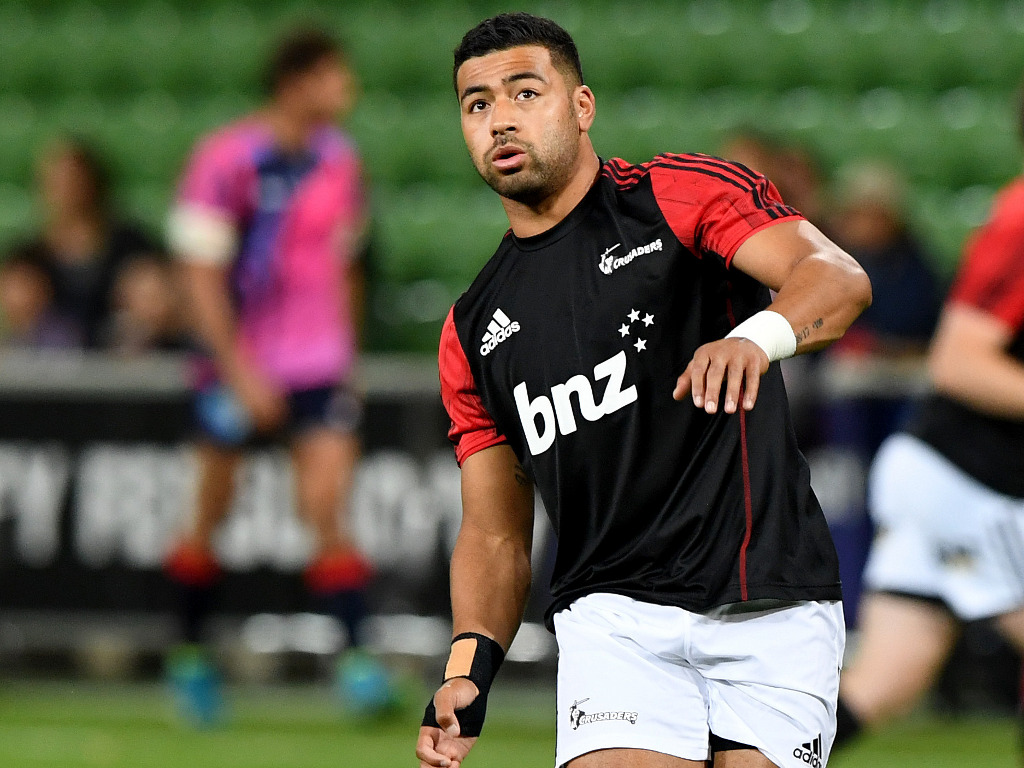 Richie Mo’unga’s involvement in a lockdown breach that saw some Crusaders players training together in Christchurch was merely a coincidence.

That was the word from the All Blacks fly-half after New Zealand Rugby condemned the players, who were caught flouting strict lockdown rules by training together at a Christchurch park, on Tuesday.

Five players from the Super Rugby champions, including Mo’unga, were photographed passing a ball and going through training drills together on Monday.

Mo’unga took to Instagram on Tuesday to post a video message apologising for the incident but said that the gathering was merely a coincidence.

“I want to start by saying this wasn’t an organised training and there was no communications that I put forward before, saying we should train at the park,” he said.

“It was a coincidence that I rocked up and they were there finishing up their session.

“Our training schedules are the same, so we run on same days and it just happened to be at the same time as well.

“As I arrived, I yelled to the boys from afar asking how they are and they got wind of my running session.

“Finished one of my running sessions, and the ball was kicked over, so I instinctively picked it up and threw it back.

“That was the only interaction apart from talking to them.

“It was something that was so instinctive for me to do to pick the ball up and throw it back.

“It doesn’t excuse the two other bubbles being together and I could be a better role model in telling the boys, ‘Hey look, you guys should head home now’.”

The Crusaders admitted the players were from several households – which are supposed to remain separate under New Zealand’s lockdown rules.

“Some of the Crusaders’ players have not followed these rules and that is unacceptable,” said New Zealand Rugby chief executive Mark Robinson.

“We have reminded everyone involved in rugby that they must abide by the New Zealand government COVID-19 guidelines and this situation must not happen again.”

However, it appears the players will not face further punishment, with Crusaders chief executive Colin Mansbridge saying their actions were not deliberate.

He said players from separate households who lived close to the park happened to turn up at the park around the same time and began passing a ball around.

“It was clumsy and not wilful… we’re not happy, they’re not happy and they are contrite,” he told Radio New Zealand.

“We are sorry, it was something we did not envisage.”