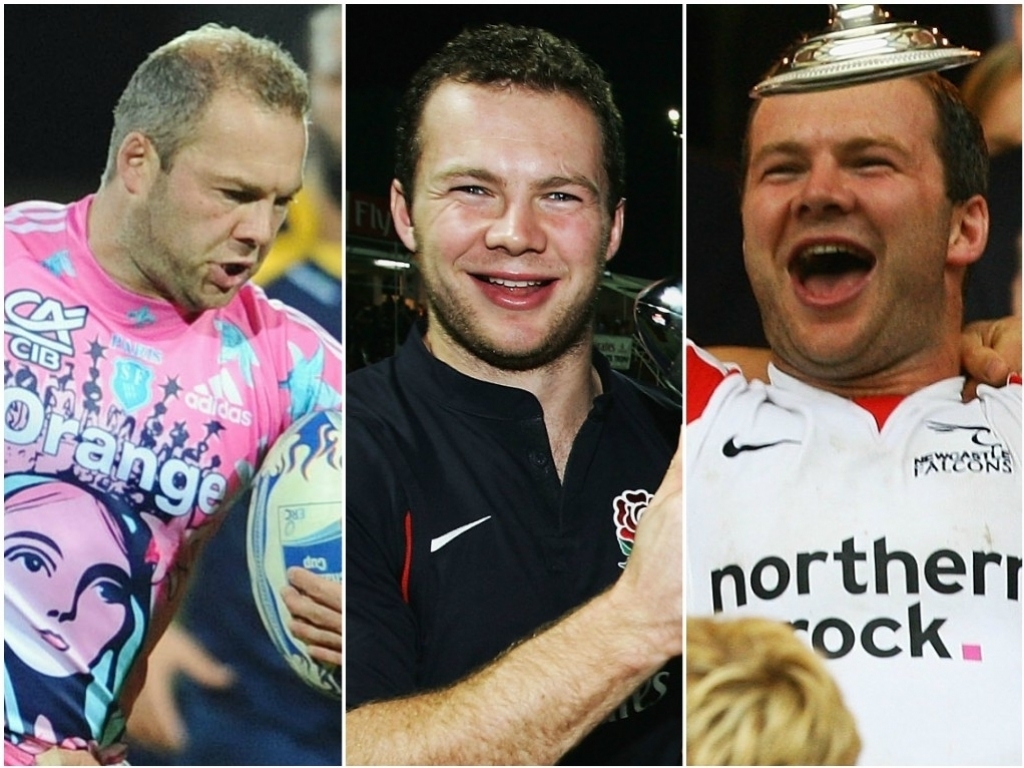 Our new series continues as we look back at the lasting memories a rugby player has and what has followed since. Up next, it’s Ollie Phillips.

It could be argued that Ollie Phillips was England’s greatest kept rugby secret.

A swashbuckling wing in the colours of Newcastle Falcons and Stade Français, he became Superman on the Sevens circuit for England, undoubtedly the finest exponent of the short form game the Rose has ever produced; a genius in both attack and defence, that led him to be crowned World Sevens Player of the Year in 2009.

Fate is a fickle thing. One calm day in the 2013 Sevens World Cup Final v New Zealand, a short sprint left Phillips with a pain in his calf that became his undoing;

“It was absolutely weird. I was sprinting and I suffered what I can only describe as an ‘out of leg’ experience. My calf was literally detached from the rest of my body and refused to operate. I had no control of my leg whatsoever,” said Phillips.

“It was totally innocuous and very puzzling. Any player has had a fair share of injuries and normally it’s a case of diagnosis, prognosis and recovery regime. But it transpired I’d severed the nerve in my calf in half and it took a long time to come close to that initial diagnosis.

“Once we’d identified the issue, I was eager to return, but still we couldn’t work the treatment out and whatever I did, nothing appeared to work.

“It soon became clear that the idea of moving in comfort was a goal in itself, let alone playing rugby again, and for almost a year I tried to come back.

“But it simply wasn’t going to happen, there was no come-back and in summer 2014, I was forced to admit I was beaten by it, despite the rest of my body being in top shape,” explained the former Stade flyer.

“It’s easy to embrace leaving rugby in a superficial way,” he noted.

“I made all the right platitudes – ‘yeah, life after rugby, new challenges, bring it on, boots to suits’ and all those blasé statements.

“But the simple truth is I ultimately had no idea how much being ‘Ollie the Rugby Player’ had defined my identity. It was my very being, my DNA.

“Without wishing to sound immodest, I was at the top of the game, a leader, an expert in every facet of a game I’d served a 26 year apprenticeship in. I could even call a prop out technically, although not many of the fat boys would ever listen to a winger!” he quipped.

“I felt robbed of four or five years at the prime of my game and when new challenges from business came my way, I was okay at the top line, but I simply couldn’t engage in the detail, I didn’t feel worthy or valuable as I’d no experiences other than rugby and my whole raison d’etre appeared to have gone,” mused Phillips.

“The only analogy I can give is it’s like that scene at the end of the great Scorsese movie Goodfellas, when the Mafia villain Henry Hill is placed in witness protection and says ‘I’m just regular Joe now’.

“I’m the first to admit I became introverted and depressed. Despite all the well-meaning support and opportunities that you get from your sporting profile, I felt a worthless fraud, unqualified to do anything other than very simple acts of introduction or networking.

“Price Waterhouse Coopers, (PwC) the global accounting giant, had asked me to join them in a client facing role. However, this fuelled my sense of frustration even more, as, as a detail man, I felt unable to offer any value other than ‘Fred, meet John’ and that was it,” explained Phillips.

“I became very short term in my approach; I’d fish for instant approval to vindicate my own value. In retrospect I didn’t want to commit to anything as somewhere I had the forlorn hope that ‘Old Ollie’ would somehow come back, but sadly, Old Ollie had left the building.”

“In short, I became very attention seeking as I was achieving nothing of detail or worth, and I began to dislike that side of me,” said Phillips, candidly.

“I needed to find a way of delivering value, so I set about putting myself through an executive MBA at Cambridge, combining that with an interest in coaching the University rugby sides.

“It was a breakthrough moment. I started to learn how to contribute worth and detail into the business relationships I was brokering and I started to add real integrity to my own new brand.

“In short, I became a proper business consultant, offering knowledge and benefit, rather than being a simple salesman, which gave me none of depth of engagement I crave.

“I also needed some physical stimuli so I threw myself into new but manageable physical challenges, those like crewing in the Round the World Yacht Race and cycling for charity across the USA, coast to coast.

“My biggest turning point was learning to embrace new challenges without comparison.

“It’s rather like a new relationship on the rebound; mentally you create a checklist to the last relationship and subconsciously have tick boxes that you expect your new partner to conform to.

“But we all know that is doomed to fail. Each experience is its own and should be measured not by comparison but by satisfaction.

“You can’t ever replace some of the elements of international rugby in terms of physical and some emotional highs, but if you can’t reflect upon those as the enjoyable past, then you’re not ready to move into the different, but at times equally rewarding, commercial and intellectual challenges of business,” he noted.

With a degree of reconciliation and acceptance, combined with Phillips’ successes in business, charitable work and academia, what does the future hold for the adventurous three-quarter? Where will Ollie Phillips be in ten years’ time?

“Well, if you’d have asked me a few months back, I’d say I’m still figuring that part out,” he said.

“However, I mentioned emotional highs earlier; well, recently Mother Nature delivered probably the greatest high of my life thus far when I found out I’m to be a Dad for the first time.

“When my partner and I processed this news and it all sunk in, we realised it’s the biggest challenge of all; it’s our legacy, a huge blessing and I can assure everyone we will both throw everything into this incredible gift.

“I have learned the lesson of each challenge having different measures, and I understand this one has the most visible measurement of all and I intend to cherish every moment.

“What I do know is those ten years will fly past but will be more formative in me as a person and my family than almost anything I’ve achieved to date and I look forward to that challenge.

“In short, I can’t wait for it and it’s definitely now a case of bring it on!”

Ollie Phillips was a flying wing three-quarter in the colours of England Sevens, Stade Français and Newcastle Falcons. Voted the ‘Best Sevens Player in the World’ in 2009, Ollie was England Sevens Captain from 2008-2010, appearing almost 100 times for his country and played in three Sevens World Cup tournaments including Hong Kong, Moscow and Dubai. He is now Head of Innovation at PwC.

Ollie was speaking to James While