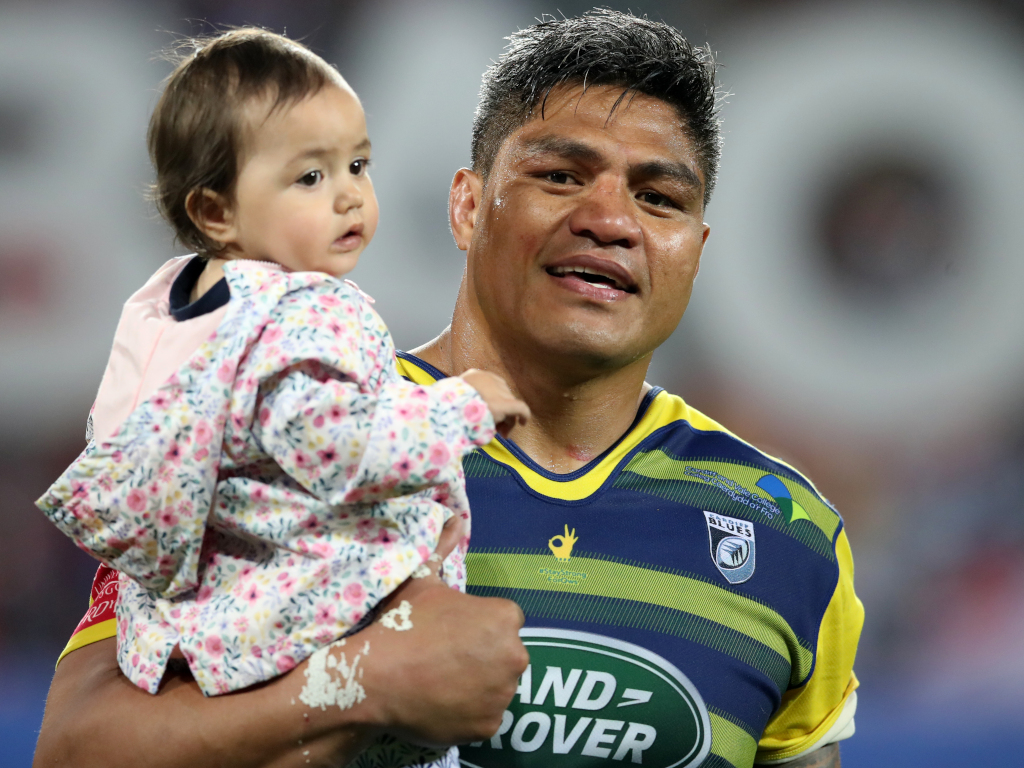 Our series continues as we look back at the lasting memories a rugby player has and what has followed since. Up next, it is Ulster and Cardiff Blues great Nick Williams.

When the gargantuan back-rower announced his retirement in August, it had really been eight months in the making. For the 36-year-old, it was an easy decision to hang up his boots having enjoyed 16 years at the top of the sport.

It started for the Auckland-born powerhouse at his home franchise the Blues, spending four years at Eden Park, before he moved to Europe after signing a deal with Munster. Surprisingly, the number eight never found his best in Limerick, leading to his departure in 2010, but he would resurrect his career at Aironi.

A series of superb individual performances in 2011/12 unfortunately ended with the Italian outfit going bust. Not concerned by his previous stint in Ireland, Ulster would pounce, with his first professional coach, Mark Anscombe, knowing the value Williams could bring.

It was a simple formula for the New Zealander, whose brilliance on the field came via the help and care he received off it. All the ex-North Harbour man needed to flourish was for him and his family to be happy away from the game.

His tale of continued improvement, to the extent where he was better at the age of 35 than in his mid-20s, wasn’t necessarily due to the value of experience, but mere contentment in his personal life. He always had the ability, as well as outstanding physical attributes, but Williams thrived with that support behind the scenes.

At Ulster and later Cardiff – his final professional side – it, as the former back-rower described, “worked a treat.” For eight years, he would be one of the most feared players in the PRO14.

“I had my first professional coach in Mark Anscombe at Ulster and he knew what made me operate,” Williams said. “He knew that if my wife and kids were happy off the field, I would be able to give them 120 per cent and that was just the right fit in Belfast.

“Then in Cardiff, they did exactly the same thing. They look after these boys’ families and wives.” 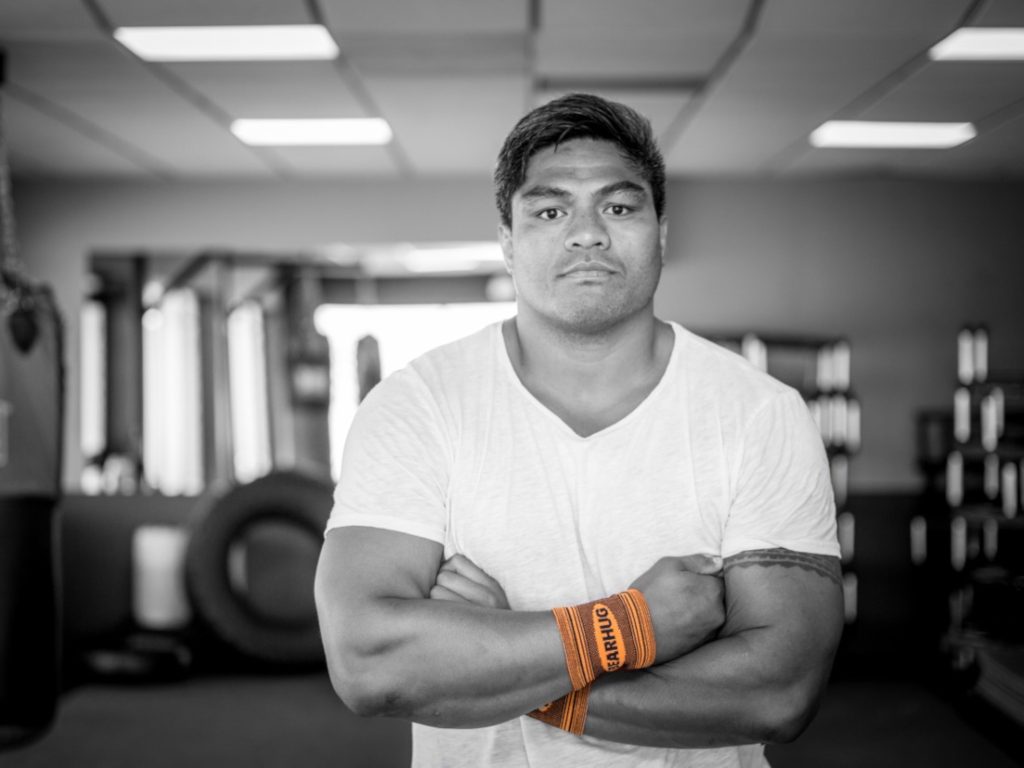 Williams’ form was such that he could have finished the season when it resumed and then possibly played another year, but the ex-Junior All Black had no qualms in ending his career when he did. A man of his longevity, quality and self-effacing personality deserved a more fitting send-off than the low key departure caused by the Covid-19 pandemic, but that was just the way the New Zealander liked it.

“That’s one way of looking at it,” he said when discussing the end of his playing career. “But I like to look at it as this: every time I got a chance to run out on the pitch and then running off the pitch clapping to the crowd, I would rather remember those good times than the one time that I didn’t.

“I just said that I would like to leave the way I came in to rugby and that was through the back door. There didn’t need to be any big hurrahs as, at the end of the day, it’s just a job.

“Like everything, being away from rugby for about four or five months, I would have expected that fire to come back in the belly, but it wasn’t there so I knew it was the right thing to do.

Williams was a popular figure among the fans and players at Cardiff, giving his all to the cause during his four years at the Arms Park, and their appreciation was shown in a gesture which left an indelible mark on the back-rower.

His mother, Aolele, had not seen him play during his time in Europe, but the club flew her over for the festive period and it was captured in a heartwarming video.

“That’s probably one of the most special things anybody’s ever done for me, let alone in rugby,” he said.

“I kind of thought when that happened, I realised I had made an influence on the field at the Cardiff Blues and it was a personal win to myself. I pride myself on the culture side and family side of things so, for them to do that for me, it kind of solidified what I had given back to them.

“I find it hard to find someone that didn’t get a bit emotional. I watch it even now and the old eyes still well up. It was extremely special and something I feel eternally grateful for.”

The back-rower duly leaves the playing side of the game with plenty of outstanding memories – he also cites Cardiff Blues’ 2018 Challenge Cup final win in Bilbao as among the best – but focus has since turned to matters away from the pitch.

Williams is currently a non-executive director for Bearhug, a company that produces clothing that aids recovery and one which the ex-back-rower states “kept me on the pitch”, but the 36-year-old has a number of other irons in the fire. Coronavirus has certainly delayed some of those plans but there has been plenty of benefits to the recent shutdown.

“With Covid, it’s given me a bit of forced time just to chill and get the body all back to normal, from all the battering that it’s taken over the last 16 or 17 years, but I’ve got a few things in the pipeline,” he said.

“I had expected it to be a smooth transition from rugby but then old coronavirus decided to give it a bit of a delay. I’m just working on a few things which are based up here in the UK because, after all, that’s all my daughters know. But once all this coronavirus has pushed over, I can get into the real world.

“I’ve got a few things rugby-related, like a bit of punditry work, and I will be looking at some stuff behind the scenes in the rugby realm, but if you ask me about coaching, that’s a big cross.

“Rugby’s been a big part of my life for 16/17 years, I want to get myself away from it for maybe a year or two and then possibly see what happens after that.

“Rugby’s been my only job. I’ve never had another job. As soon as I popped out of my mum I was given a rugby ball, as were three million other Kiwis.

“It’s very daunting, don’t get me wrong, but at the same time I’m very excited to see what the other side of the fence looks like. If that’s just to wake up in the morning and not have aches and pains and be able to play with my kids, if that’s what it’s going to be like, I’m looking forward to that.”

After announcing his retirement, former Cardiff Blues number eight Nick Williams reflects on one of his greatest nights playing for the Blues 👇 pic.twitter.com/K5sbuJ6Ifl

Adapting to life without rugby hasn’t necessarily been smooth for Williams, especially with the pandemic placing added pressures on all families, but he is comfortable with what his future holds.

“There have been days where it’s been easy because I’ve not been having to train and getting absolutely demolished,” he said. “The things I will miss is the camaraderie in the changing room; the craic, the banter but, if you ask any retired rugby player, those are the things they will miss.

“But then there’s the other side of that where you have to run around in the snow in November, December, January. Every now and then, you have a bit of a low as you just want to see your mates and have a cup of tea, but I’ve definitely made the most of my time while I was playing. I don’t have any regrets about it.”

One aspect Williams has particularly benefited from is the attitude of rugby to post-retirement. It is still not perfect, with many ex-players struggling with their mental health, but the New Zealander has seen a positive development within the game.

He added: “I have to say that off the field a lot of things have improved with the support and trying to get the boys and education, whereas when I began it was just rugby, rugby, rugby. We all know that in rugby, it could all be over in one game, so I’ve definitely seen a big change off the field.

“On the field, they’re just getting bigger and faster. I consider myself a big unit, but sometimes I’m mediocre; I’m probably getting out at the right time.

“I told the boys whenever we finished training just to get away from it. If I’m honest, I don’t watch much rugby at all. I watched our games and then analysed other teams but, if you told me to sit down at a bar, have a beer and watch Ireland v Wales, it wouldn’t be my first go-to. Balance was a big thing for me.

“With the way I played, it’s not for the faint-hearted, so for me to come out the better end most of the time, I think luck is a very big thing.”