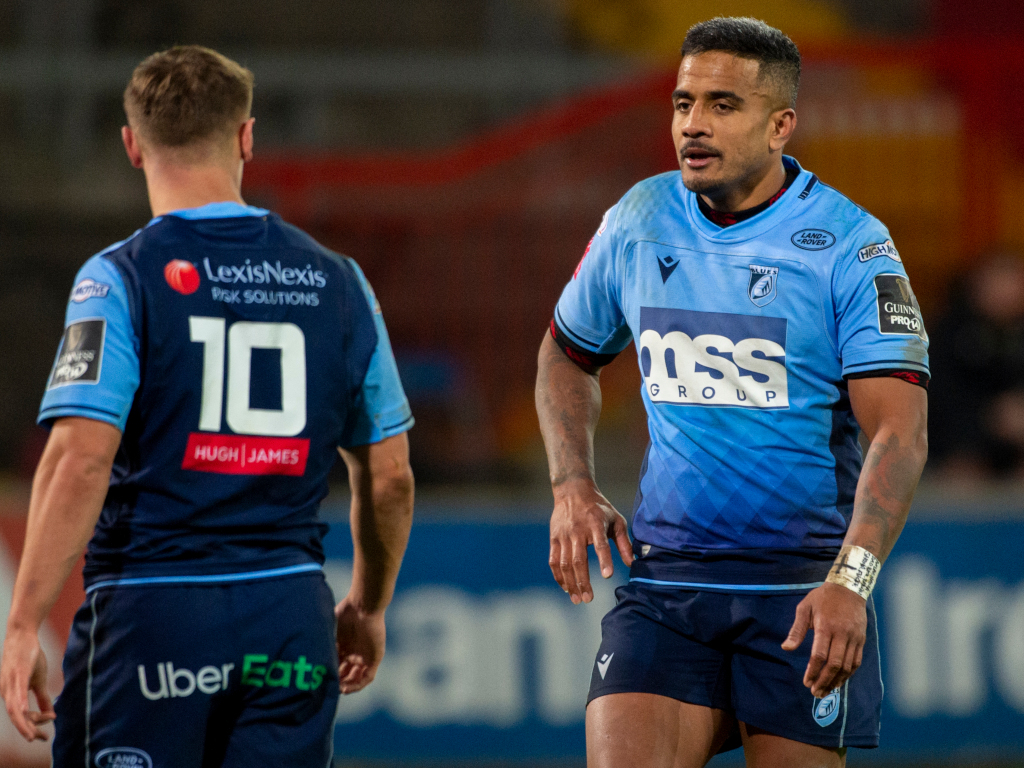 Liam Williams was sent off in the 37th minute to ruin Scarlets’ chances of a hat-trick of Welsh derby wins, as Cardiff Blues ran out 29-20 winners.

The Wales international rushed headlong into a ruck and clashed heads with prone Blues flanker Shane Lewis-Hughes, and after TMO replays, the wing was ordered off.

At that stage Cardiff Blues were already in control of the match, with an inspirational performance from fly-half Jarrod Evans ensuring that his side put a difficult period behind them, with poor results culminating in the departure of head coach John Mulvihill earlier in the week and Dai Young appointed interim director of rugby.

The Blues’ tries came from Willis Halaholo, Tomos Williams and Rey Lee-Lo, with Evans adding four penalties and a conversion.

The Blues began brightly, with Tomos Williams racing away from a line-out drive to feed Josh Adams.

The wing then kicked ahead and his follow-up tackle earned a five-metre scrum before Evans kicked his side into the lead with a penalty.

Cardiff Blues had the better of the opening exchanges but it was the visitors who scored the first try.

A couple of penalties awarded in their favour saw them gain a platform in the Cardiff 22, from where a well-judged pass from Jones enabled Jonathan Davies to brush aside Matthew Morgan’s tackle to score.

Scarlets’ lead lasted only four minutes as Evans showed neat skills to split their defence with Halaholo on hand to race over.

The visitors suffered a further setback when Gareth Davies was yellow-carded for a deliberate knock-on, with Evans kicking the resulting penalty, but the only other score in the scrum-half’s absence was a penalty kicked by Jones as Halfpenny was recovering from a knock.

Gareth Davies had only just returned when Evans again tore the visitors’ defence apart to feed Tomos Williams who sent Lee-Lo over in the corner.

Evans converted from the touchline to give his side an 18-10 lead before Liam Williams was sent off.

Four minutes after the restart, Halfpenny reduced the arrears with a penalty as his side’s depleted pack temporarily took the upper hand.

Without seasoned internationals Ken Owens, Samson Lee and Jake Ball, they were still a match for the home pack, with Kalamafoni and Tevita Ratuva to the fore and it was Kalamafoni who drove over to regain the lead for his side.

Blues’ replacement Rhys Carre was yellow-carded for a no-arms tackle but the Blues overcame this loss when Tomos Williams darted over.

A breathless finish at the Sportsground 🤩@Munsterrugby hold on for a well-earned win at @connachtrugby after Peter Sullivan's try sparked a late comeback attempt from the hosts 🤜🤛#GuinnessPRO14 #CONvMUN pic.twitter.com/GzW2UmFgwW

Meanwhile, 13-man Munster survived a frantic finish in the PRO14 top-of-the-table clash to emerge as breathless 16-10 winners over Connacht at the Sportsground.

A last-gasp match-winning try eluded the home side, who came right back into contention late on through Peter Sullivan’s 78th-minute try and sin-bins for Munster replacement backs Rory Scannell and Nick McCarthy.

Munster had scored 10 points during Shane Delahunt’s sin-bin period, including an 18th-minute try from Chris Farrell, to lead by seven at half-time. Jack Carty replied with a late penalty for Connacht.

Munster’s control of the breakdown was decisive – where player-of-the-match Tadhg Beirne starred – and two second-half penalties from JJ Hanrahan, who finished with 11 points, had them marked out as comfortable winners until the late scare.

The result puts Johann van Graan’s men 11 points clear at the top of Conference B, while second-placed Connacht, who were unable to repeat last week’s heroics from the Leinster game, have Scarlets and Cardiff Blues snapping at their heels.

The opening points eluded Carty from a poor penalty miss in the third minute, whereas Hanrahan split the posts following a dominant line-out drive which also landed Connacht hooker Delahunt in the bin.

Connacht pressed for a try of their own off a penalty, with Tom Daly threatening from midfield but Munster stood firm and their control of the breakdown was increasing.

Given their 59 per cent share of possession across the opening 40 minutes, the westerners needed points and got them just before the break when fly-half Carty punished Stephen Archer’s collapsing of a scrum.

Daly was caught offside early in the second period, allowing Hanrahan to claim back those three points. Connacht had opportunities to build some pressure, but Beirne, Gavin Coombes and CJ Stander all forced breakdown penalties.

Hanrahan stretched the lead to 16-3 with a 61st-minute penalty, awarded for former Munster man Sam Arnold not rolling away.

However, the men in red allowed their discipline to slip and an accumulation of penalties saw Scannell binned with four minutes remaining. Connacht worked the ball wide for replacement Sullivan to score near the right corner and Carty brilliantly converted.

It gave them a losing bonus point, but it could have been much more. A superb last-minute surge, including a side-stepping run by Ultan Dillane, led to McCarthy’s yellow card and a furious scramble close to the Munster line that saw Connacht ultimately fall just short.