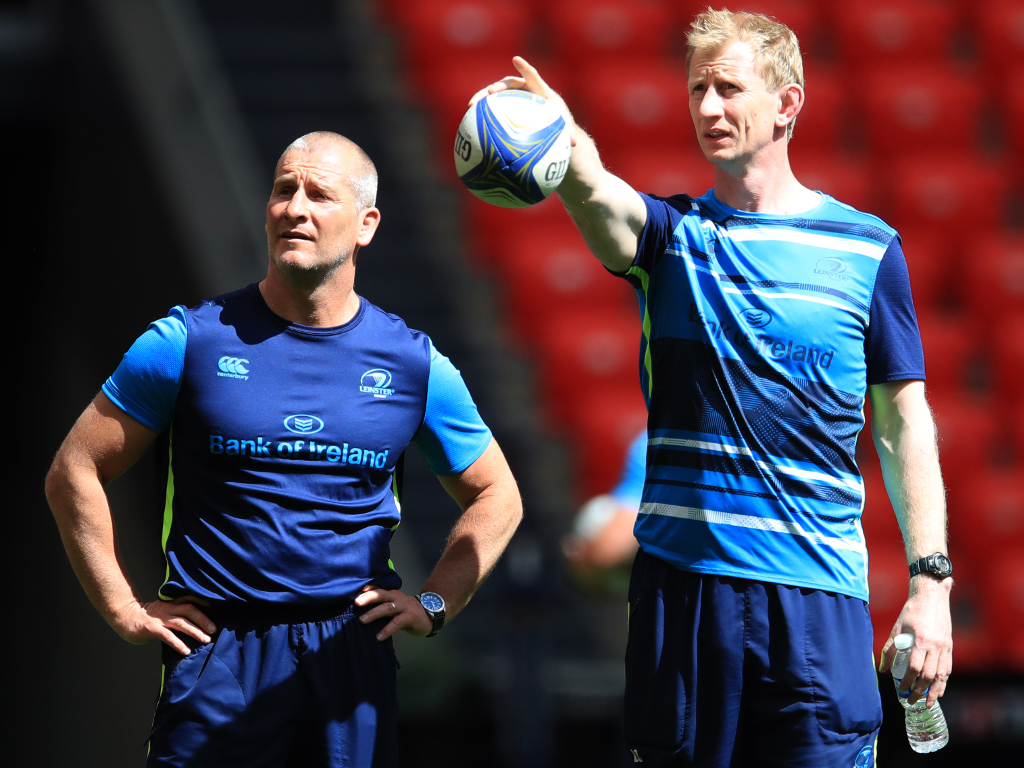 Leinster head coach Leo Cullen couldn’t hide his delight after his side’s 42-11 PRO14 win over Connacht at the Sportsground on Friday night.

Cullen singled out his side’s forwards for special praise as they set the platform for the victory with hooker Ronan Kelleher leading the way by scoring a brace of tries which saw him walking off with the man-of-the-match award.

The champions made a terrific start and laid the foundation to their win during the first half when they scored five tries which gave them a commanding 35-6 lead at half-time.

“There were lots of positives in the game, for sure,” Cullen told RTÉ Sport.

“In the first half especially, we were very strong in around the contact area, which gave us a lot of momentum on both sides of the ball.

“The forwards laid a good platform and it was good to see the front row get in for four tries between the twos and the threes.

“I thought Ross Byrne took control of the game well and put us in the right parts of the field.

“The second half was probably a little bit scrappy as there was a lot of changes to both teams and the game probably lost a bit of its flow.

“We know when we come down here that trying to get a positive platform is hugely important.

“To get in for a couple of tries from lineout drives was good.

“Ronan’s off the back of those and Joe Andrews was very strong when he gets in around the goalline as well, but he had a bit of a helping hand from his other forwards around him.

“Generally, our ability to win some of the contacts was good on both sides of the ball, even defensively we put a lot of pressure on Connacht as well.

“James Lowe’s try came from a lot of strong defensive pressure in the second half and I thought we had some chances where we couldn’t quite finish them off in the second half. We’ll have a look back at those, but ultimately we’re pleased to come out of here with a winning bonus-point.”