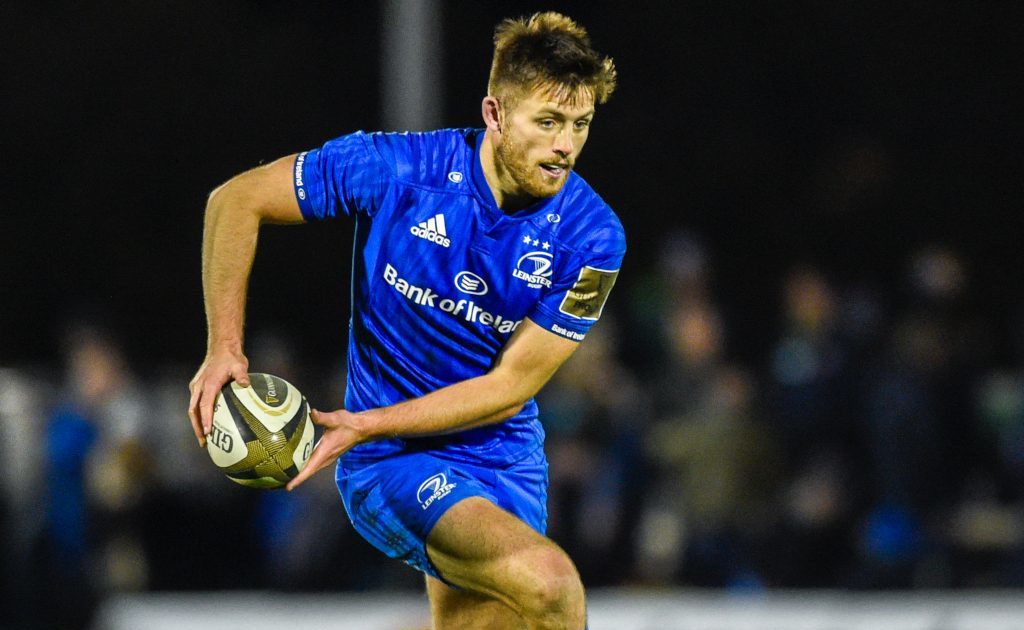 Leinster opened their United Rugby Championship account with an impressive 31-3 victory over South Africa’s best side, the Bulls, in Dublin on Saturday.

The loosening of the Covid-19 restrictions allowed a 75 per cent capacity crowd and the PRO14 champions put their best foot forward against the recent Currie Cup winners.

Captain Jonathan Sexton sent over a penalty and converted tries from Josh van der Flier and Andrew Porter – all inside the opening 14 minutes – as Leinster’s fast start earned them a 17-3 half-time lead.

Sexton’s fourth-minute penalty got Leinster up and running, with Goosen putting the kick-off out on the full and the Bulls quickly being pinged at the scrum and breakdown.

Some nice passing set up Van der Flier to thunder over, the player of the match breaking through a gap before bouncing off David Kriel’s attempted tackle to score.

A second seven-pointer followed in the 12th minute as the Bulls lost a lineout and Ciaran Frawley tapped back Sexton’s lobbed kick for Garry Ringrose to send prop Porter over from close range.

Just when the Bulls were building momentum, James Ryan stole a lineout and van der Flier forced a penalty.

That try continued to elude the South Africans despite some impressive phases. Madosh Tambwe weaved over on the left but had his scored chalked off for a prior knock-on.

Into the second half, Leinster emerged scoreless from a promising early spell, James Lowe’s decision to take a quick tap ultimately coming to nothing.

They increased their lead in the 56th minute. The Bulls got fingertips to a lineout but Rhys Ruddock retrieved it and a well-directed maul put Tracy over before Sexton converted in his final act.

The Bulls’ last try-scoring chance was foiled by a double tackle on Elrigh Louw.

Leinster soon countered slickly from a kick, with Frawley the instigator and a pace-laden attack finished with Ringrose putting Byrne over on the left.

Simon Zebo marked his Munster return with two tries in a 42-17 United Rugby Championship victory over the Sharks at Thomond Park.

The Cork man, who moved back from Racing 92 in the summer, romped clear in the fifth minute, with further tries from Craig Casey and Gavin Coombes leaving it 20-3 at half-time.

Young number eight Coombes completed his brace in the 50th minute – sealing the bonus point – before Henry ‘Boeta’ Chamberlain lifted the Sharks with an intercepted effort.

Although Yaw Penxe also sliced through for a classy score, Munster added a late gloss with replacement Chris Cloete and Zebo both crossing to add to a Ben Healy penalty.

Edinburgh got their United Rugby Championship campaign off to an excellent start as they gave new head coach Mike Blair a 26-22 bonus-point victory over Scarlets in his first competitive match in charge.

The visitors, for whom Dwayne Peel also oversaw his first league game, were in contention right to the death at the newly-named Dam Health Stadium and will feel they could and should have taken more than a losing bonus point home with them.

In the end, however, Edinburgh’s defiant defence won the day while earlier they had taken charge thanks to some excellent attacking from new signings Henry Immelman and Ben Vellacott as well as established star Darcy Graham.

The Scotland winger grabbed two of Edinburgh’s four tries, the others coming from Blair Kinghorn, who converted three, and Mark Bennett.

Scarlets’ trio of tries came from Steff Evans, Kieran Hardy and Johnny McNicholl while Dan Jones had a penalty and a conversion and substitute Sam Costelow added two points.

Benetton get better of Stormers in early game

Earlier, Benetton started life under Marco Bortolami with an impressive 22-18 home win over the Stormers in a thrilling United Rugby Championship opener.

The lead changed hand on numerous occasions in Italy before teenager Tommaso Menoncello provided the crucial score with 10 minutes left to give Kieran Crowley’s successor a first victory in charge.

Stormers, at the beginning of a four-week tour of Europe, only had to wait 72 seconds before they opened their account when centre Rikus Pretorius collected a grubber-kick to cross over after two minutes at Stadio Monigo.

Ruhan Nel would also score for the visitors in the second period while Manie Libbok converted and also added two penalties in defeat.

For Benetton, Gianmarco Lucchesi and Ivan Nemer scored their other two tries, with Tomas Albornoz kicking seven points off the tee.