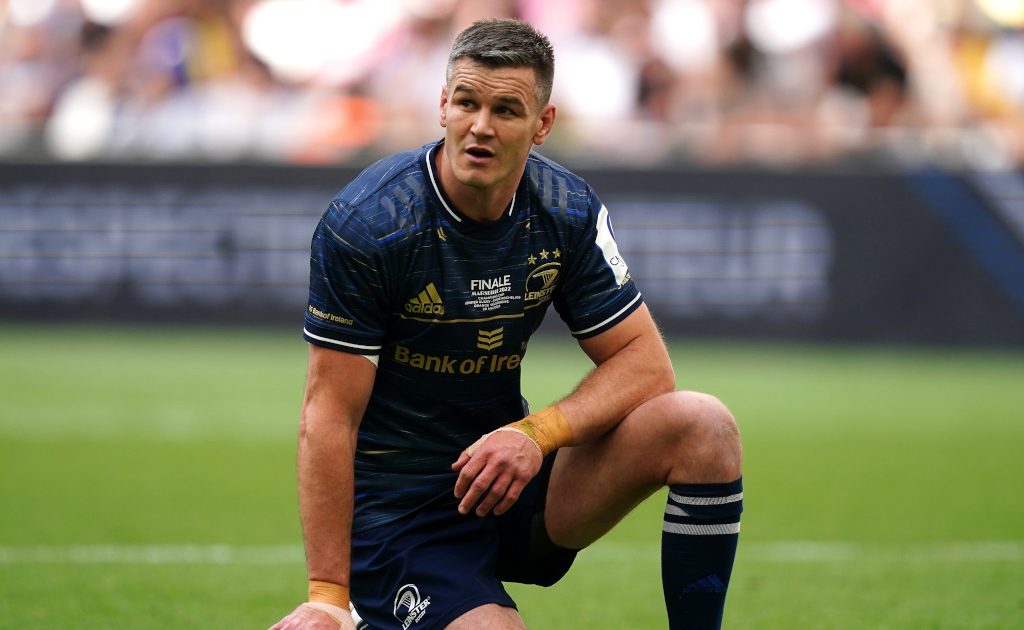 Following their 24-21 defeat to La Rochelle in the Champions Cup final at the Stade Velodrome in Marseille on Saturday, here’s the player ratings for Leinster.

15 Hugo Keenan: Couldn’t get into the game at all from an attacking point of view and made an uncharacteristic error by grazing touch in the second 40. 5/10

14 Jimmy O’Brien: Made a couple of threatening runs on his right wing in the first half but was rarely seen after the break as La Rochelle dominated matters. 7

13 Garry Ringrose: An excellent defender in the wide channels as he rushed up to chop La Rochelle attackers, but couldn’t impose himself with ball in hand. 7

12 Robbie Henshaw: Strong with his carries early on and followed Ringrose’s lead in defence. Like many of his backs, it just wasn’t a day that he stood out. 6

11 James Lowe: Was his usual self in looking for work but struggled to get his hands on possession in the first 40. His left boot was useful in the second half. 7

10 Johnny Sexton (c): His penalties were all meat and drink for the international pivot but he struggled to get his backs and team firing. Hobbled off late on. 7

9 Jamison Gibson-Park: Made a poor pass early on but bounced back with a calm manner thereafter. Perhaps struggled behind a pack not on the front foot. 7

8 Jack Conan: Tried his heart out but the big number eight wasn’t his usual rampaging self in the wide channels. Leinster‘s pack met their match in Marseille. 6

7 Josh van der Flier: Probably the standout forward of the Leinster forward pack but he found it very hard to get in behind La Rochelle’s outstanding defence. 7

6 Caelan Doris: One of his quietest games we can remember as Doris was one of many in blue who couldn’t get into the game. He will no doubt bounce back. 5

5 James Ryan: Steadied the lineout after early wobbles and tried manfully to carry Leinster over the advantage line. Put in a decent shift defensively late on. 6

4 Ross Molony: Strong carries especially in the second period as he never took a backward step. Put in a huge shift for 76 minutes at the Stade Velodrome. 7

3 Tadhg Furlong: Physical right from kick off with a big hit and stood up well at scrum time in general, despite worries he might struggle in that key area. 5

2 Rónan Kelleher: Made a typically strong carry before being replaced early on due to injury. N/A

1 Andrew Porter: After much talk about his scrummaging issues of late, Porter held his own in the biggest club fixture but did not enjoy much ball in hand. 5

Replacements: Dan Sheehan struggled at lineout early on before settling while fly-half Ross Byrne made a couple of handling errors after replacing Sexton. 6