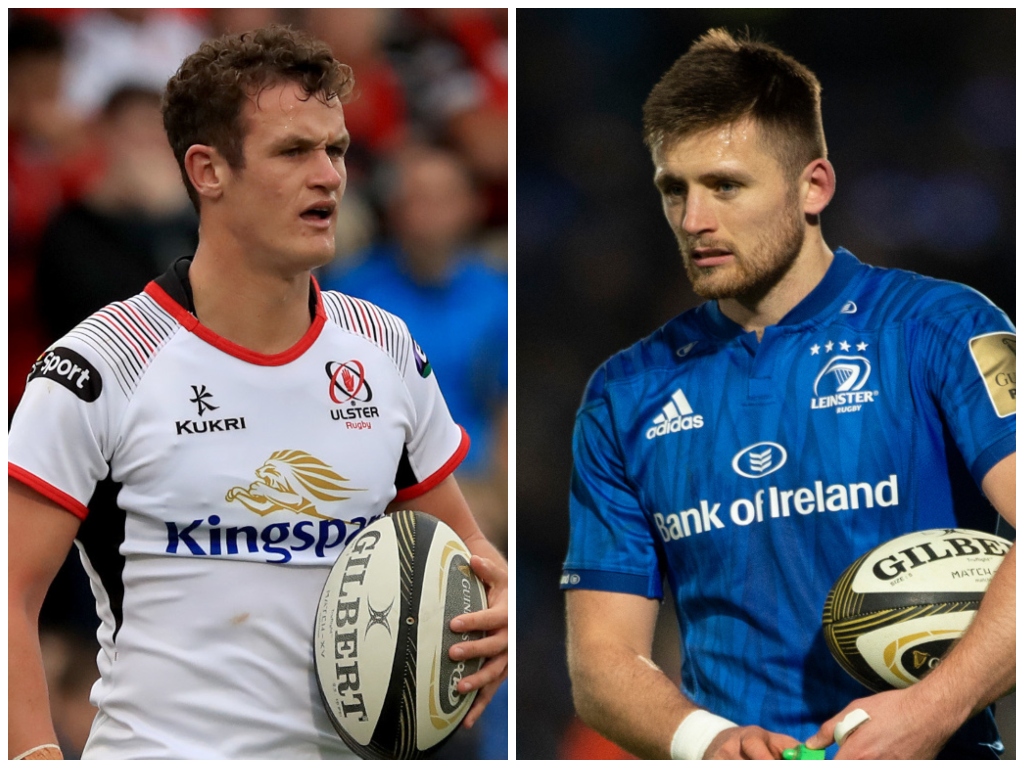 Leinster have opted for Ross Byrne over Johnny Sexton at fly-half for their PRO14 Final against Ulster at the Aviva Stadium on Saturday.

Head coach Leo Cullen has made a number of changes from the team that accounted for Munster in the semi-final with Garry Ringrose named as captain of the senior side for the first time.

The back three is the same that started against Munster last week with Jordan Larmour selected at full-back having come through the graduated return to play protocols successfully this week and Hugo Keenan on the right wing and James Lowe on the left.

Robbie Henshaw is again selected at inside centre with captain Ringrose outside him in the number 13 jersey.

Ringrose made his Leinster debut in September 2015 on the wing against Cardiff Blues and the PRO14 Final will be his 75th appearance in a Leinster jersey. In that time he has scored 25 tries and has 29 Ireland caps to his name.

The half-back partnership sees Jamison Gibson-Park and Byrne start at nine and 10.

In the pack there is no change in the front-row with Cian Healy, Rónan Kelleher and Andrew Porter again selected. In winning his 219th cap, Cian Healy joins Cullen and Rob Kearney as the joint fourth most capped player in Leinster history.

James Ryan has recovered from injury to take his place in the second-row alongside Devin Toner.

Finally in the back-row, Guinness Player of the Match from last week Caelan Doris is again selected at blindside flanker with Josh van der Flier at openside and finally Jack Conan is selected in the number eight jersey.

Meanwhile, Ulster will be boosted by the return of club captain, Iain Henderson, who will be making his first appearance since the season resumption, and is one of four changes to the side that defeated Edinburgh in last week’s thrilling semi-final at BT Murrayfield.

Alan O’Connor will partner Henderson in the second-row, while the front-row of Eric O’Sullivan, Rob Herring and Tom O’Toole is retained. The back-row sees one change, with Sean Reidy coming into the starting line-up at openside flanker. Matthew Rea takes the blindside flanker position and Marcell Coetzee packs down at number eight.

The back three sees two positional switches, with Jacob Stockdale moving to the left wing, while Rob Lyttle swaps over to the right. Joining them at full-back is Michael Lowry, returning to the starting XV.

Stuart McCloskey – who, along with John Cooney, was named in the PRO14 Dream Team earlier this week – continues his midfield partnership with James Hume. All Black scrum-half, Alby Mathewson, will make his first start for Ulster alongside Billy Burns at fly-half.

Head coach Dan McFarland has opted for a 6-2 split on the bench where John Andrew, Jack McGrath, Marty Moore, Sam Carter, Jordi Murphy and Nick Timoney will offer the forward back-up, and the backline cover is provided by Cooney and Ian Madigan.