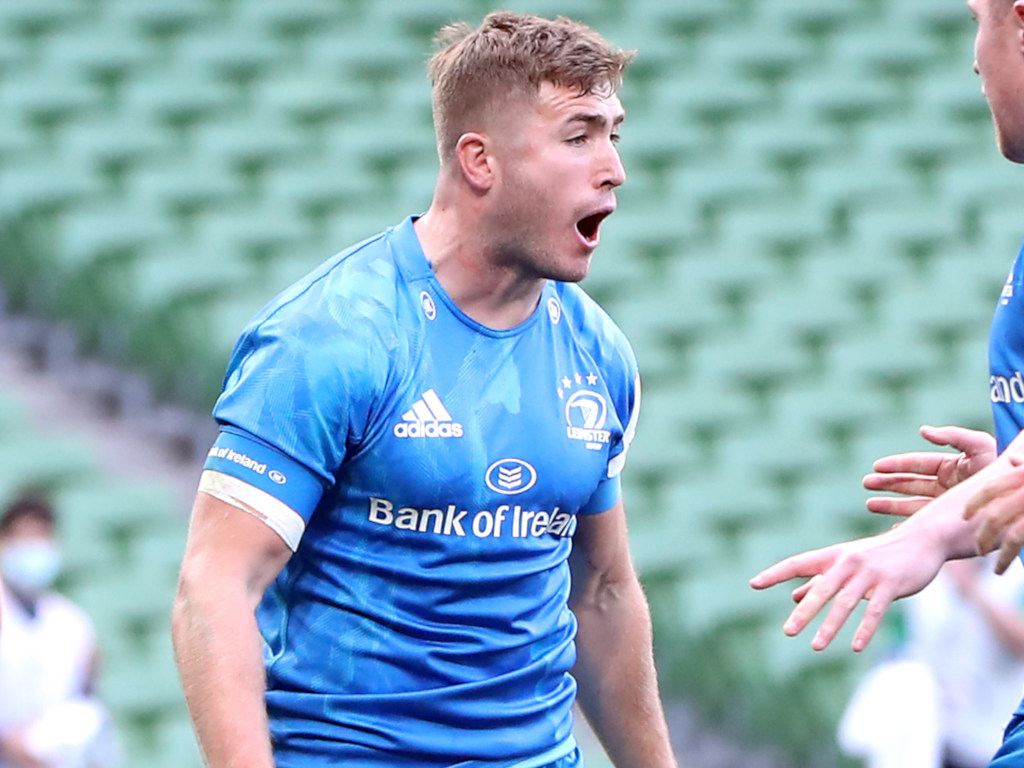 A bit of class separated Munster and Leinster in what was a hugely physical clash between Ireland’s two biggest teams as Jordan Larmour’s try snatched a statement 13-10 victory for the Dubliners.

The sides went toe-to-toe throughout with defences generally on top but an excellent move 10 minutes from time saw Larmour touch down to win the game for the visitors.

Table-topping Munster had been the better team up to that point but the defending champions produced a real moment of brilliance to put the wing over in the right corner.

It was tightly poised at half-time, Tadhg Beirne’s try under the posts giving the hosts a 10-6 lead with fly-halves JJ Hanrahan and Johnny Sexton landing two kicks each.

The second half was scoreless until replacement Ross Byrne’s grubber kick led to Larmour’s decisive try. Byrne’s conversion was enough to seal a smash-and-grab win.

A number of players, including Beirne, the player-of-the-match, grasped the opportunity to impress Ireland head coach Andy Farrell ahead of Monday’s Six Nations squad announcement.

Chasing their first victory over Leinster since December 2018, an early long-range penalty from Hanrahan set up a very encouraging start for Munster.

Even better followed in the 11th minute, their forwards showed impressive continuity through 13 phases before second-row forward Beirne – supported by a big latch from Peter O’Mahony – burrowed over for a converted score.

A jinking run from the returning Garry Ringrose, coupled with some sharp phase-building, got Leinster firing early in the second quarter and Sexton sent over a straightforward penalty.

With Munster’s error count increasing, Sexton and Larmour kicked intelligently to pin them back. However, the visitors could not convert from two close-in scrums and a lineout, leaving Beirne to pick up a vital turnover penalty.

Jordan Larmour was dancin' on 'em 🕺

Right on the edge of his range, Hanrahan hit the post just before the interval and a late Leinster response allowed Sexton to pull back three more points.

Hanrahan had a poor penalty miss early on the resumption before Munster, who were showing more variety in attack, were left to rue a lineout steal by James Ryan.

Mike Haley conceded a five-metre scrum from a clever Larmour kick, but Beirne forced a relieving 55th-minute penalty at the breakdown just as Leinster were poised to strike.

Nonetheless, Leinster’s persistence, exemplified by influential scrum-half Luke McGrath, paid off. From a lineout, Byrne kicked through for Hugo Keenan to link with Larmour and he stepped inside Keith Earls to touch down.

With the rain adding to the difficulty, Byrne added a classy conversion and Munster could not respond to that sucker punch of a try, losing to their fiercest rivals for the fifth time in a row.