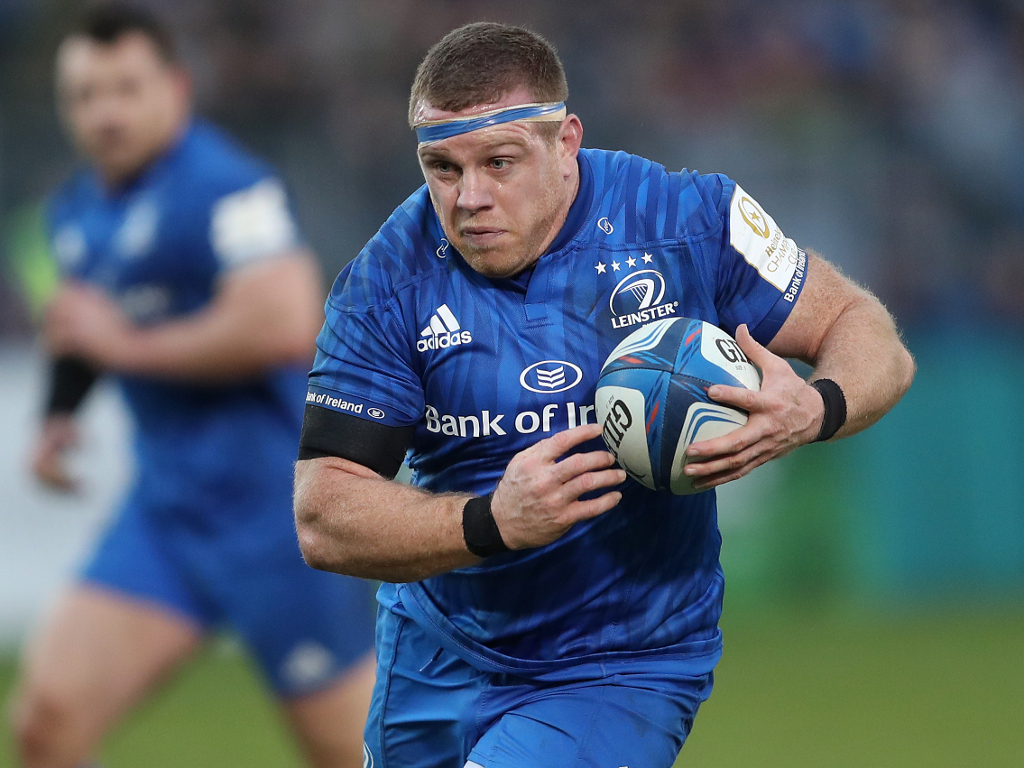 Reigning champions Leinster came good in the second half to claim a crucial 24-12 PRO14 bonus-point win over previously-unbeaten Ulster at the RDS.

Tries from Sean Cronin and Robbie Henshaw provided a big momentum shift just after the break as Leo Cullen’s men, who have a game in hand on the Conference A leaders, closed the gap at the summit to five points.

Ulster dominated possession early on but were unable to force a score. Their aggression at the breakdown and Henshaw’s thumping tackle on a kick-receiving Ethan McIlroy summed up the intensity on show.

The visitors deservedly edged ahead on the quarter-hour mark, Cooney rifling over a kick to punish some ‘escorting’ by James Ryan.

Following a miscued penalty attempt by Johnny Sexton, better continuity from Leinster – aided by a high-tackle penalty against Coetzee – had them in prime position to break the try deadlock.

Kearney finished expertly from a lovely long pass by Jamison Gibson-Park, the experienced winger brilliantly getting the ball down ahead of the covering Matt Faddes and Billy Burns.

Sexton again missed the target, this time from the touchline, and Ulster did really well to survive Coetzee’s sin-binning for a second high tackle.

Leinster were thwarted by some very good covering by McIlroy and Cooney, along with James Hume’s turnover penalty.

Indeed, scrum-half Cooney punished infringements by Ireland regulars Ryan and Andrew Porter to put four points between the sides. In between, the impressive Jordi Murphy won a hard-earned penalty in defence.

However, Leinster regained their usual rhythm by winning a succession of penalties near the right corner. Hooker Cronin was driven over from a five-metre lineout, with the added boost of a crisply-struck conversion from Sexton.

As Ulster came under further pressure, the fit-again Jordan Larmour was held up by Hume following some deft footwork by Hugo Keenan, whose all-action display earned him the player-of-the-match award.

Much quicker ball, with Caelan Doris prominent in the carry, led to Henshaw powering his way over in the 52nd minute having initially broken a tackle from Cooney. Sexton missed the conversion at 17-9.

Another Cooney strike had Ulster back in bonus point territory, but Tracy’s sharply-taken maul try, coupled with Ross Byrne’s interception in injury-time, ensured a 12-point winning margin for Leinster.

📰 | Tonight's match against @EdinburghRugby has been postponed due to a frozen pitch.

A decision on when the fixture will be replayed will be made in due course. pic.twitter.com/0fpSK6GWE9

Meanwhile, Glasgow’s PRO14 clash with Edinburgh was called off about 20 minutes before kick-off.

The artificial pitch at Scotstoun was ruled unplayable as both teams warmed up amid temperatures of about -4C in Glasgow.

The match was originally meant to be played on December 27 but a Covid-19 outbreak at Glasgow forced a postponement.

No date has been set for the rearranged fixture.

Edinburgh head coach Richard Cockerill said: “The players went out to do their primer, which is just a warm-up before the main warm-up, and a few players were saying the far side was very hard and it was hard to get any purchase.

“The plastic grass on the top was soft but underneath it was very hard and wouldn’t take a stud.

“The ground staff did some work on it and we continued with the warm-up as normal but once we got to scrummaging over on the far side, all the front row players couldn’t get any grip at all, they just slid straight to their faces.

“It was impossible to scrummage on so it certainly wasn’t fit to play on.

“You want to play so you would like to think you wouldn’t get to this point.”

Glasgow had trained on the pitch during the week but temperatures plummeted as night drew in.

Warriors head coach Danny Wilson said: “Obviously we train in the day, not in the night. The pitch was fine this afternoon but as the night has dropped it has got to minus three and the more frozen it’s become.

“As I’ve been told I am 99 per cent sure it won’t be this weekend based on the fact that broadcasting is an issue. It will be another game we have to be flexible with.”